Spider-Man already revealed his secret identity to the world so he’s not afraid of going at it in civilian clothing. He’s dropping the nice guy approach after Aunt May […]

The code meant that the assassin that Kingpin sent to kill Spider-Man failed, but was able to shoot one of Spider-Man’s family, which was Aunt May. Interesting facet of […] 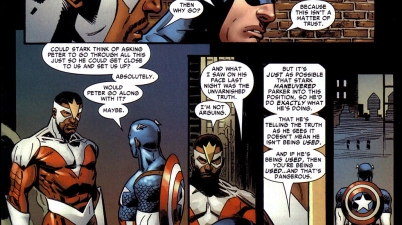 The number of super-heroes who knew Spider-man’s secret identity was insane. This was all before the events of One More Day where his history was altered by Mephisto. From – […]

The Justice League Has ID Cards

And I always thought the Avengers were corny for having ID cards. But at least with the Justice League, they function as keys for their teleportation devices. From – Aquaman […]