Secret Identity is out in just 2 issues. Kong Kenan sure loves attention. From – New Super-Man #2 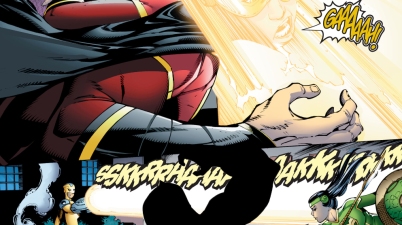 Chinese Super-man previously lost his powers while fighting the Chinese Bat-Man and Chinese Wonder-Woman. No explanation yet is given as to why he lost his powers, and what triggered it […]

Chinese Bat-Man is sort of pushing the pounds a bit, and there’s a touch of comedy with him. Chinese Wonder-Woman is all business though. From – New Super-Man #2

I’m not certain where DC Comics is going with this. China already has a superhero team of their own, the Great Ten. The name even sounds ridiculous. Chinese Superman? […]