Of all the super heroes, Iron Man should have known Luke Cage wouldn’t sign the Super-Human Registration Act. From – New Avengers Vol. 1 #22

Funny to see Spider-Man beat an opponent that the Red Hulk couldn’t defeat. And all Spider-man had to do was pull down his opponent’s pants. From – Avenging Spider-Man #3 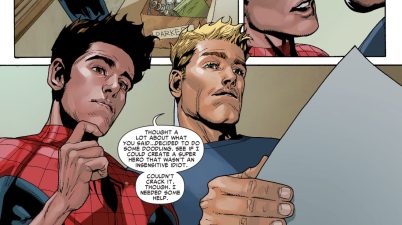