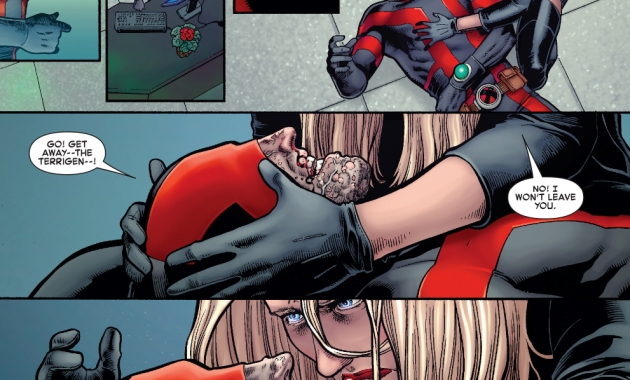 Here’s the real swerve of the mini series: it turns out Cyclops died early on and Emma Frost pulled of the biggest mind trick of all time by convincing everyone […]

Psylocke regained control of her spirit, or body, or psyche, or whatever it is the Red Queen (AKA Madelyne Pryor) was controlling. All she had to do  was beat […]

The X-Men VS The Sisterhood

I love the one liner banter during the fight. 😀 And sneaky tactic by Cyclops to take down Madelyne Pryor: switching the body of his other ex-wife Jean Grey. […]