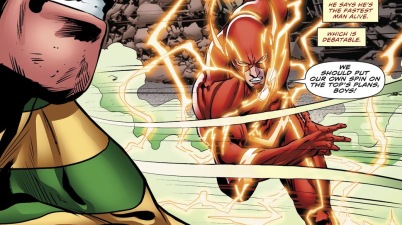 It’s almost laughable trying to fight 3 speedsters at the same time. From – The Flash Vol. 5 Annual #1

Oliver Queen Acting As His Own Lawyer (Rebirth)

It’s funny to see Green Arrow acting as a lawyer in his own defense. And cool of the Justice League to help him out like that. Shame the justice […] 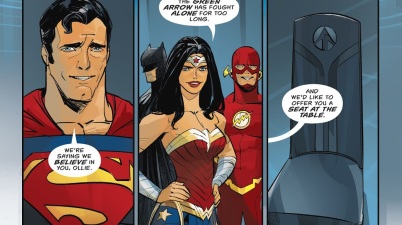 Quite the change of heart for Green Arrow. Back in the New 52 he was bugging the Justice League constantly to let him join. From – Green Arrow Vol. […]

That’s the takeaway that I’m getting here. Did Green Arrow provide his will as the battery for Green Lantern’s ring? Is that even possible, or allowed? Because if so, […]