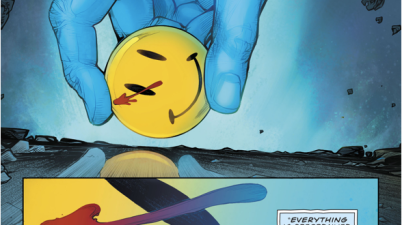 So that’s how Reverse Flash died… still not enough details. They could have just left it alone in this scene if there wasn’t even any dialogue from Doctor Manhattan. I […] 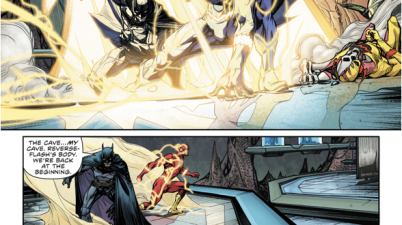 There’s also that wonderful time they lifted Atlantis and left it on the Sahara with the help of Shazam. Today I learned that the Large Hadron Collider is actually […] 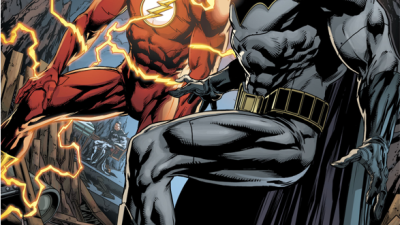 Damn… Thomas Wayne just wants his son to be happy. Got a kick from Bruce telling his dad that he’s a grandpa. I wonder what Thomas Wayne would have […]

Batman And Flashpoint Batman Fighting Together

I never knew how much I wanted to see this until I saw it… Batman and his father from the Flashpoint Paradox universe fighting together…. against Amazons and Atlanteans. […]

Batman And The Flash Time Traveling

Awesome nod to the Crisis on Infinite Earths and Identity Crisis, and the various origin stories on how the Justice League was formed! Here’s where the two of them ended […]

The Hall Of Lost And Found

Why is Martian Manhunter’s costume in here? And look! I see Blue Beetle’s car! From – The Flash Vol. 5 #21

What Flash Thinks Of Batman (Rebirth)

Refreshing to see this side of Batman and Flash’s dynamic explored further. As forensic people these two have one more shared interest aside from being super heroes. I also […]

Batman Meets His Father From Flashpoint

Bruce and his father Thomas Wayne actually already met one another in the Convergence event, but it seems to be being glossed over. Was that event scrubbed from everyone’s […]

Tough luck for Reverse-Flash – he just got resurrected somehow by the button and he’s now dead again. Am I overthinking it that because there’s a blue hue in the […] 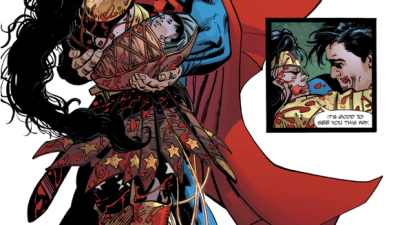 Superman and Wonder Woman gets paired a lot in these alternative universes. From – Dark Knight III – The Master Race #8

Justice League And Titans VS Parademons

Not entirely sure what Ganthet and Sayd were planning on doing… was it resurrecting the Blue Lantern Corps? And nice tease of sensing Doctor Manhattan there. From – Hal Jordan […]

This is one of my gripes with the game’s story. I don’t have a problem with Superman killing Shazam — that’s actually a great moment to show just how far […]