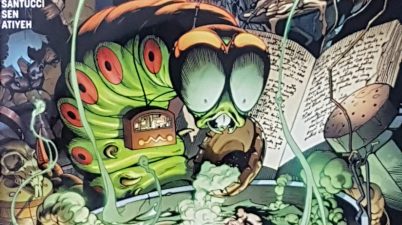 After King Kid’s introduction in the previous issue, some action finally happens in his realm! And we get to learn more about the 7 lands within the Magiclands.