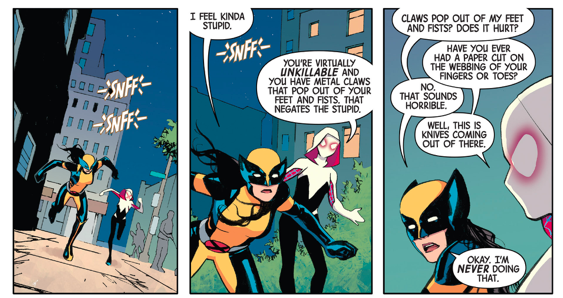 How Much It Hurts When Wolverine’s Claws Pop Out

Ever wonder how painful it is to experience claws popping out of your hands? Or in Laura Kinney’s case, including your feet? Well she managed to put the experience […]

All New Wolverine And Spider-Gwen VS Red Hornet 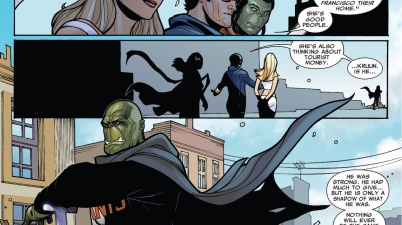 I bet these guys wouldn’t even be the strangest people you’ll see at San Francisco. Kruun was referring to his fights with Colossus and Wolverine in the previous issues. […]

Psylocke’s deadpan “Thanks” to Doctor Nemesis’ outburst was hilarious. From – Uncanny X-Men Vol. 1 #538

I never thought of it that way. So technically, any mutant with telekinesis can beat Wolverine. Just lift him off the ground then stab him in the back. From […]