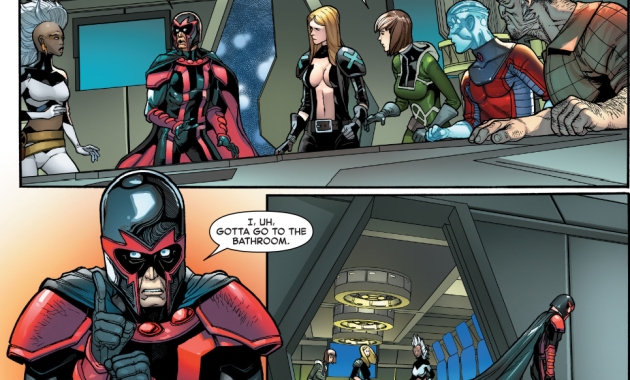 Well this is amusing. Mosaic was told to avoid any blondes because the Stepford Cuckoos are telepaths and can detect him. From – Inhumans VS X-Men #4

Beast, as usual, proves to be a traitor to his kind. Good to see at least that the usual neutral Storm is the one who takes him out. From – […]

Why The X-Men Declared War On The Inhumans

I don’t know how Marvel is trying to market the X-Men as the bad guys here when it’s clear that they’re fighting for survival. Magneto saying that his people won’t […]

The things you learn from dating so many psychics! From – Uncanny X-Men Vol. 1 #504