I like the homage of the last panel to the Justice League New 52 cover. From – New Super-Man #24 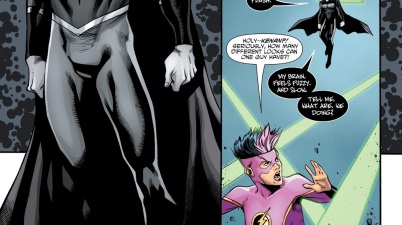 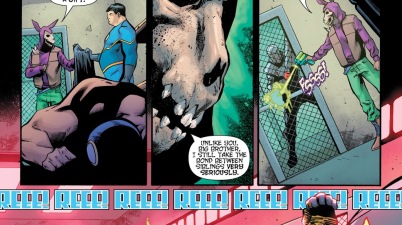 Alpaca Teams Up With Batman Of China

I like the idea that Alpaca, Chinese Batman’s nemesis and the girl he considers as his little sister, still values their history together. She breaks him out of prison […]

Chinese Super Man Kong Kenan, also known as New Super-Man, kisses the Chinese Flash Avery Ho, most likely due to the influence of Sleez who can inflame the desires of […]

Justice League Of China VS Sleez

So pretty much the same as the Justice League: a villain gets one punched by Superman and they call it a job done. From – New Super-Man #20 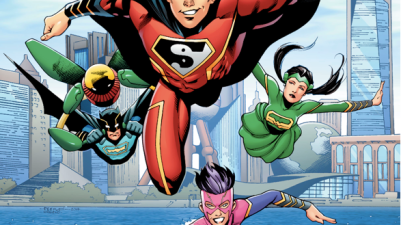