Superior Spider-Man Bonds With A Kid

Superior Spider-man makes a deal with Mephisto to turn him back into Doctor Octopus, in order to defeat the Norman Osborn Spider-man from another dimension. In doing so, he […]

I don’t get why Otto had to make a bargain with Mephisto to turn himself back into Doctor Octopus. He says it’s because he’s lost his edge and made […]

I like the reference, or throwback, to the deal the original Spider-man made with Mephisto, back in One More Day storyline. In order to defeat the Norman Osborn from […] 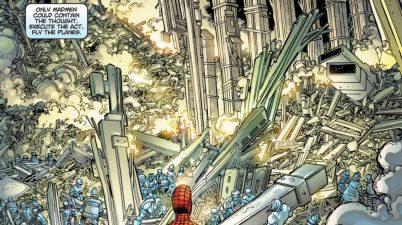 Doctor Octopus being dragged by Captain Power after losing in a fight. From – The Amazing Spider-Man Vol. 2 #10 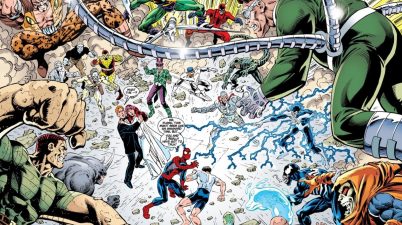 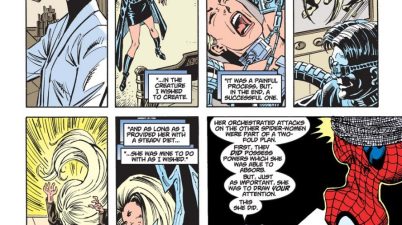 I know Doctor Octopus is a hero now, having transferred his consciousness into a new body with Spider-man’s powers, and having gained Peter Parker’s blessing to be a hero. […] 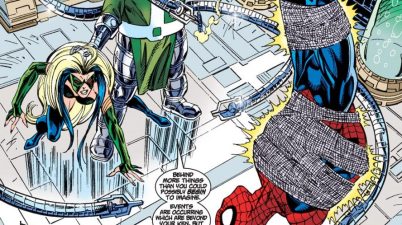 I’m actually surprised that Otto Octavius even gave money to a derelict Doctor Strange, twenty bucks, despite the shabby treatment he received from Stephen Strange the first time they met. […] 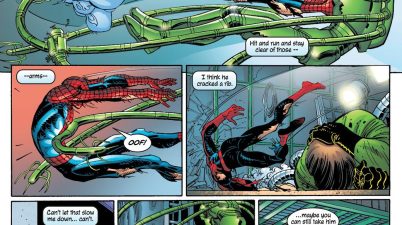 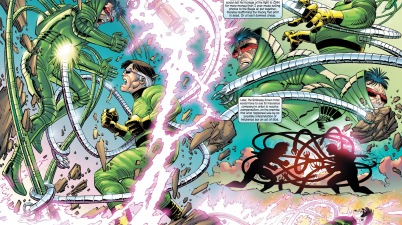 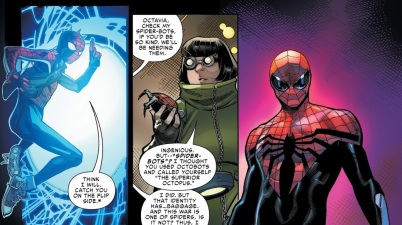 After stealing Spider-man’s body, Otto Octavius visits one of his old laboratories and is attacked by his own security defenses. I guess he forgot that since he’s […]

How Spider-Man Saves The World 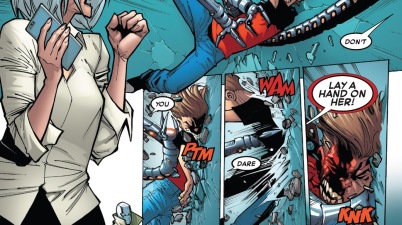 Spider-man forgives Doctor Octopus for all his past villain deeds because the latter put his life on the line saving Aunt May. I guess all those memories he took […]

While Peter Parker would have tried to appeal to the better nature of a kid, who aspires to be a villain when  he grows up, you can’t help but […]