The Maker Created An Artificial Symbiote

The Maker, Reed Richards from the Ultimates universe, created an artificial symbiote of his own in order to safely travel back to his own Earth. With it, he was […] 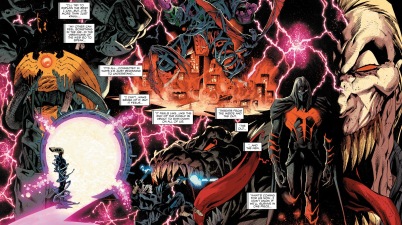 Venom Explains Knull To The Avengers

Not surprised that out of all the Avengers, it’s Thor who has heard of Knull. From – Venom Vol. 4 #25 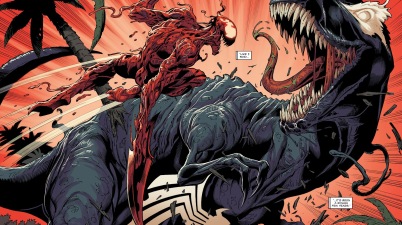 Dylan Brock uses his yet unexplained symbiote codex powers and takes control of the Venom symbiote, turning it into a giant t-rex to battle the Carnage symbiote, currently controlling a […] 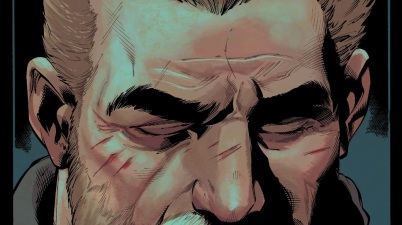 Eddie Brock has a self reflection whether he’s a good guy or bad guy. You ask me if I’m a good guy or a bad guy, and, well… I […] 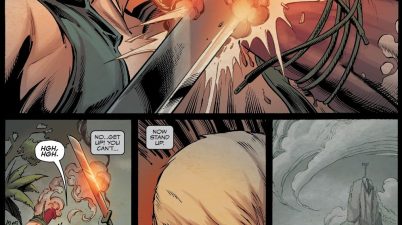 Or maybe it’s his forearm? Eddie Brock chopped his hand off in the previous issue when it was taken controlled of by the Carnage symbiote. From – Venom Vol. 4 […] 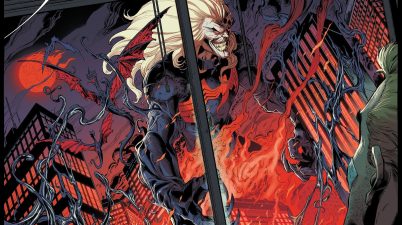 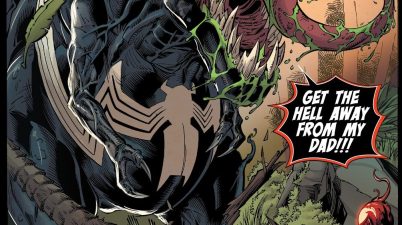 With his codex powers, Dylan Brock connects to the symbiote hive mind and is able to remote control the Venom symbiote even though it was hundreds of miles away […] 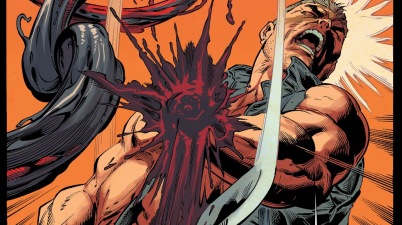 Eddie Brock Chops Off His Hand

Eddie Brock goes all Arnold Schwarzenegger Predator style on the Carnage symbiote, which at the time was also taking his Venom symbiote hostage. With his hand caught by the […] 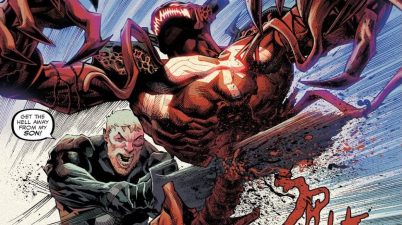 Venom is given no choice by Dark Carnage: either Dark Carnage kills his son Dylan and completes the codices to awaken Knull, or kill Dark Carnage but combines his […]

Dylan Brock, being a living combination of the codex, is able to obliterate the Grendel symbiote with ease. From – Absolute Carnage #5