How Lord Momin Became Trapped In His Helm

Lord Momin’s body is disintigrated after trying to channel a large influx of dark side energies. He got distracted by the light side of the Force when a pair […]

How Lord Momin Became A Sith

Lord Momin becomes an apprentice to the Sith Lord Shaa after she heard of his reputation of creating unsettling art pieces. From – Darth Vader Vol. 2 #22 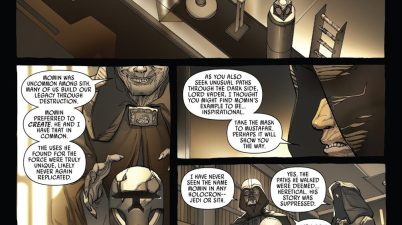 The Mask Of Lord Momin

Sad for Jedi Master Eeth Koth. He was one of the first Jedi Council members I remember learning about since his similarity to Darth Maul. To have your child […] 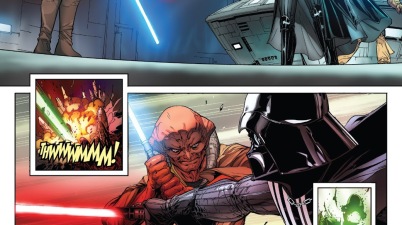 A duel between the Sith Lord Darth Vader and Jedi Ferren Barr, while the Empire’s Star Destroyers are conducting an orbital bombardment on the Mon Calamari cities. It took […]

So many twists and surprises with Star Wars Legacy. The daring Imperial Agent Morrigan Corde is actually the cold-blooded and cunning Imperial Moff Nyna Calixte. Blew my mind years ago […]

A’Sharad Hett’s (Darth Krayt) story sure is a sad one. He just couldn’t catch a break. His troops betray him in Order 66, Obi-Wan slices his arm off instead of […] 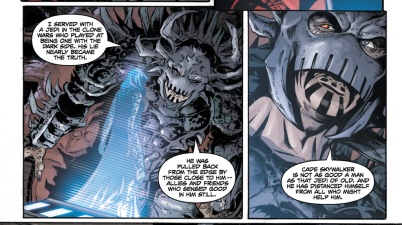 This is like the DC version of sleeping with Harley Quinn, only more lethal and less jokes. From – Star Wars: Legacy #17 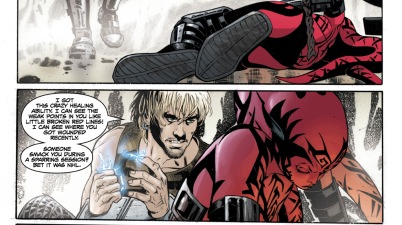 Shatterpoint is a unique Force Ability that allows someone to see the weak spots, or faultlines, of people, objects, and even events. Only a handful of Jedi had this […] 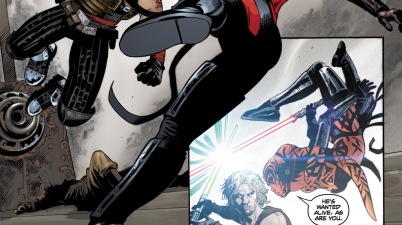 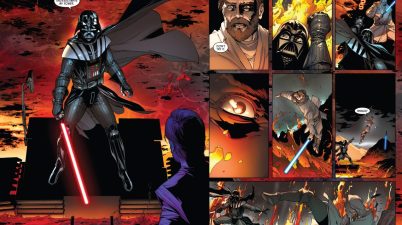 How Darth Vader Would Win The Duel On Mustafar

Now that was some smart fighting — using the resources available around you. In this imagined scenario by Darth Vader, he wisely uses the lava against Obi-Wan Kenobi. Sure beats […]