Cyclops Learns Vulcan Is His Brother 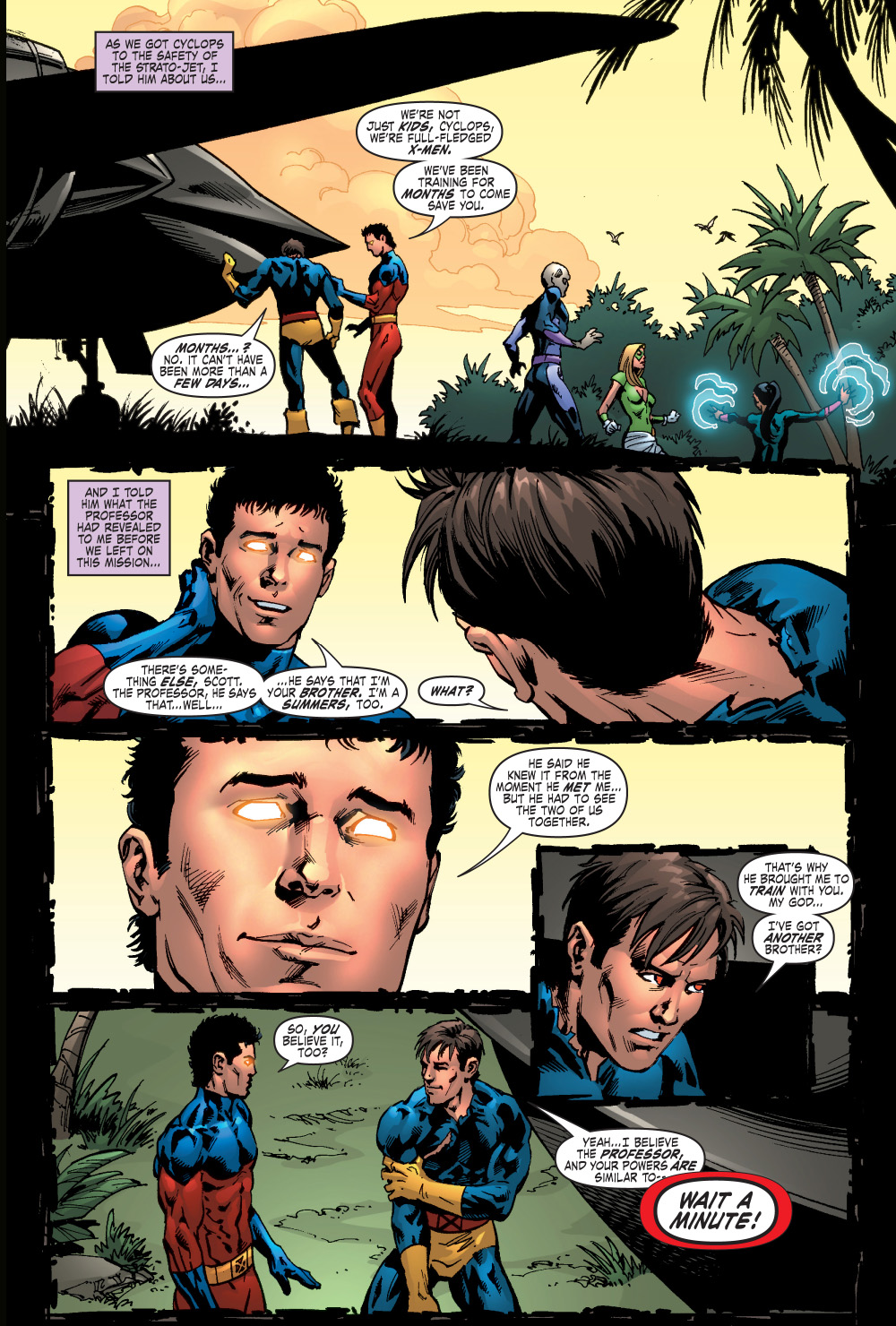 In this series, we learn that after the original X-men were captured by the living island Krakoa, Professor X sent in a team to rescue them, which included Cyclops and Havok’s long lost brother Vulcan. The 2nd team was annihilated and only Vulcan and Darwin were able to escape. Thinking everybody perished, Professor X erased this memory from Cyclops to help him cope with the trauma.