Star Wars is arguably one of the most famous and well-known sagas in the planet. I think you would be very hard pressed to find anyone who hasn’t even at least heard of it or made a Star Wars reference that a regular person wouldn’t understand. The story of good vs. evil set in a galaxy full of exotic aliens and jaw-dropping technology is the perfect combination for an epic tale. When the first film came out in May 25th, 1977, it took the world by storm and not surprisingly, it created a strong demand for more adventures set in the Star Wars universe. Nowadays we have the prequels, the Clone Wars and Rebels TV series, and the soon-to-be-released Episode 7. But did you know that before all this, Star Wars actually started out as a comic series published by Marvel?

On April 12, 1977, Marvel released the first issue of Star Wars, a whole month before the actual movie! The first 6 issues followed the movie’s synopsis closely and beyond that, Marvel was given complete freedom in creating new adventures for our heroes. The public response was so great that the comic series was believed to be widely responsible for saving Marvel from financial ruin. As Jim Shooter, editor-in-chief of Marvel from that dismal period, once said, “Star Wars single-handedly saved Marvel. And that kept us alive.”

Due to the success of the series, Marvel launched more comic series set in the Star Wars universe like Droids and Ewoks, to name a few. But around 1986-87, the license to publish Star Wars was taken over by Dark Horse Comics, which I personally consider the start of the Golden Age for Star Wars comics. Not only did Dark Horse continue the stories from Marvel, but they also worked seamlessly, most of the time anyway, with the stories being simultaneously created by Bantam Books and later Del Rey, the publishers that had the license to release Star Wars novels. This separate line was called The Expanded Universe, and the main rule was that all stories under the EU were considered canon, or the official story, as long as the story doesn’t contradict anything from the movies or TV animated series.

Dark Horse wrote a lot of stories that are now considered classics, like the Dark Empire and Crimson Empire limited series. My personal favorites are the Star Wars: Republic series, which depicted a very gritty picture of the Clone Wars where Jedi and clone troopers alike battle it out on the front lines against the droid armies of the Confederacy, And Star Wars: Legacy, which takes place about 130+ years after the events of Return of the Jedi. The main character is Cade Skywalker, a direct descendant of Luke Skywalker and a failed Jedi-trainee with a death stick addiction making his living as a pirate. I fondly recall the days when I couldn’t wait for the new issues to come out; the stories were that addicting.

In 2009, Walt Disney purchased Marvel Comics, much to the surprise of everyone. Then three years later, they scooped another major score when George Lucas sold Lucasfilm Ltd for $4 billion. With both Marvel and Star Wars under their control, it was inevitable when Disney announced that the Star Wars comics license was moving from Dark Horse back to Marvel where it all began. The fact that Disney plans on releasing Episode 7 set many years after the Return of the Jedi presented a problem with the existing stories already written by Bantam, Del Rey, and Dark Horse. Disney’s solution was to label all the Expanded Universe material as Legends. In short, they don’t count anymore. As of right now, only the movies, the Clone Wars, and Rebels TV series are part of the official canon.

It’s such a shame really to lose all the marvelous characters and events that have been fleshed out, including the ones from the video games. Knights of the Old Republic introduced us to the fearsome Revan and the lovable murder machine HK-47 during the very early years of the Republic. Dark Forces and Jedi Outcast gave Kyle Katarn a cult following who exaggerated his feats almost to the same level as Chuck Norris. The Force Unleashed revealed that Darth Vader trained a secret apprentice codenamed Starkiller to help him take down the Emperor and continue the Sith’s rule of two doctrine. All of these characters are intertwined within the rich tapestry that is the Expanded Universe when they were given comic series’ of their own. Sadly, there seems to be no plan to include any of the EU characters in the new canon. 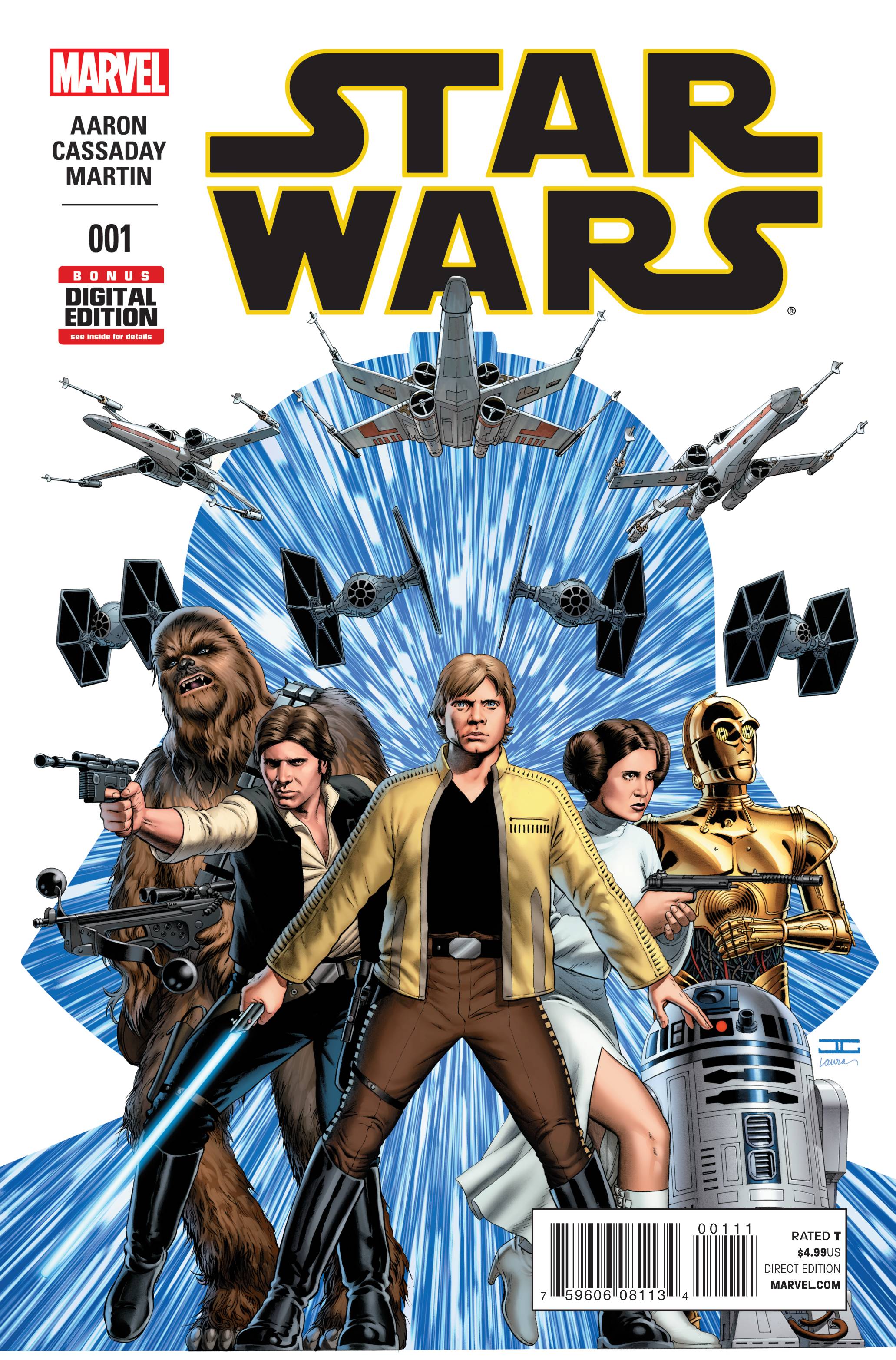 Now that the period between the movies has been completely cleared of all previous stories, Marvel is now busy launching series after series of Star Wars comics to fill in the large void left by the EU. The first comic series under their banner, Star Wars Volume 2, is set in the period between A New Hope and The Empire Strikes Back. It features all the Rebel heroes from the first movie but mainly focuses on Luke Skywalker’s struggle to discover his Jedi legacy now that Obi-Wan Kenobi is dead. The story is currently running on the same timeline as the Darth Vader comic series, which is all about the Dark Lord of the Sith’s obsession to find the Rebel pilot that destroyed the Death Star. Not to forget the other famous heroes, there are also series’ being written for Princess Leia, Chewbacca, Lando Calrissian, and even C-3PO if you can believe it. And to show that they can collaborate with the other mediums, Marvel’s latest comic series Star Wars: Kanan is centered on Kanan Jarrus, one of the protagonists of the ongoing Rebels TV series.

And that is where we’re at right now. From Marvel to Dark Horse then back to Marvel, with the controversial reboot tossed into the mix. You could almost compare the whole scenario to the scene where Obi-Wan Kenobi and Darth Vader meets once more aboard the Death Star after so many years. Vader proclaims that “The circle is now complete,” and he’s absolutely right. Disney has gained control of the franchise and has wiped the entire universe that we fans have loved for so many years, but its memory will live on in everyone who has been fortunate enough to be part of that incredible journey. While we all wish that the new movies would succeed and introduce the next generation to the amazing saga that is Star Wars, it’s inevitable that all forthcoming movies, books, and comics will always be compared to the giant that is the Expanded Universe. And that is something that they’ll never be able to escape from.

You can’t win, Darth. If you strike me down, I shall become more powerful than you could possibly imagine.