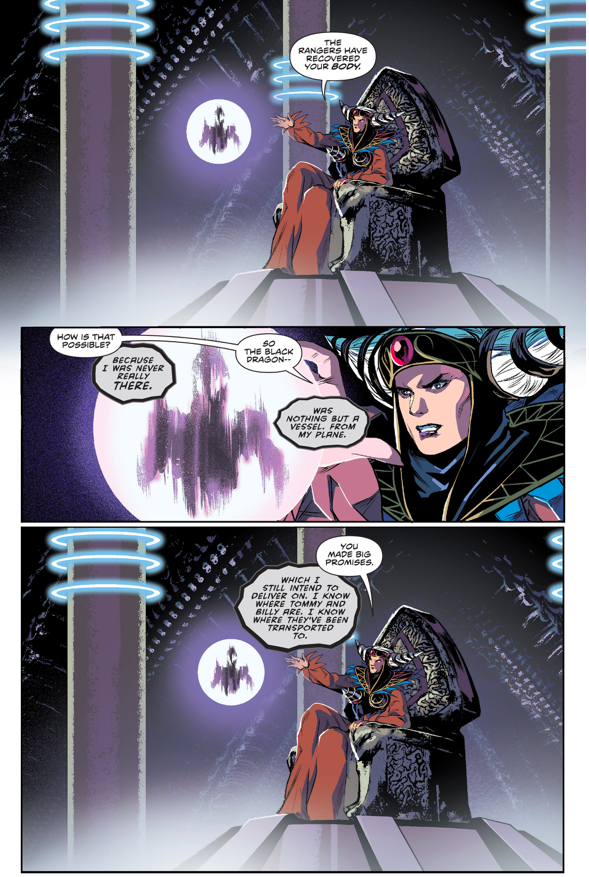 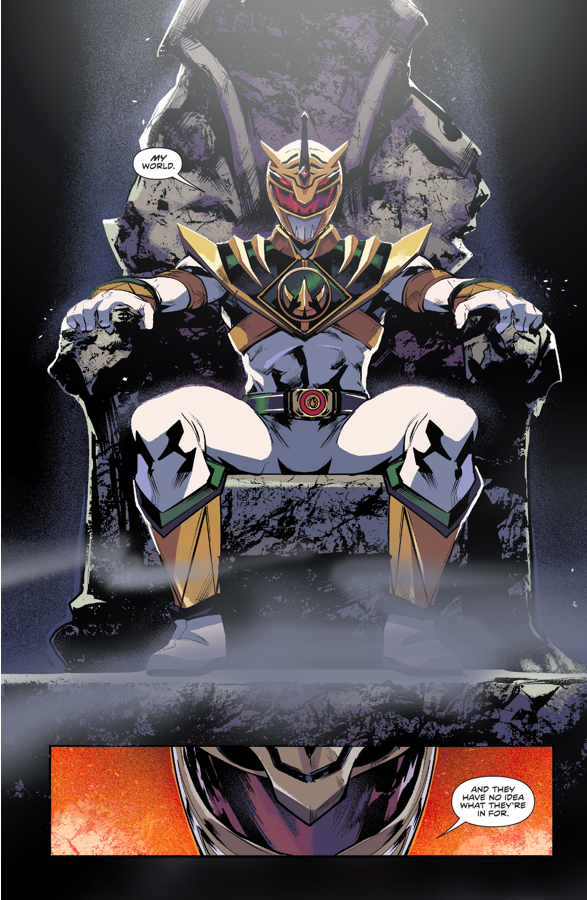 What I know of the White Ranger is from the TV series. So here in the comics, it seems there was another White Ranger before Tommy Oliver took on the uniform. Another tidbit is that he’s from another plane, or dimension, and was using the Black Dragon as his avatar. For some unknown reason he’s decided to help Rita Repulsa without anything in exchange, and he seems to have it real bad for the Green Ranger.

Edit: On later issues we learn his name is Lord Drakkon – an alternate dimension version of Tommy Oliver.