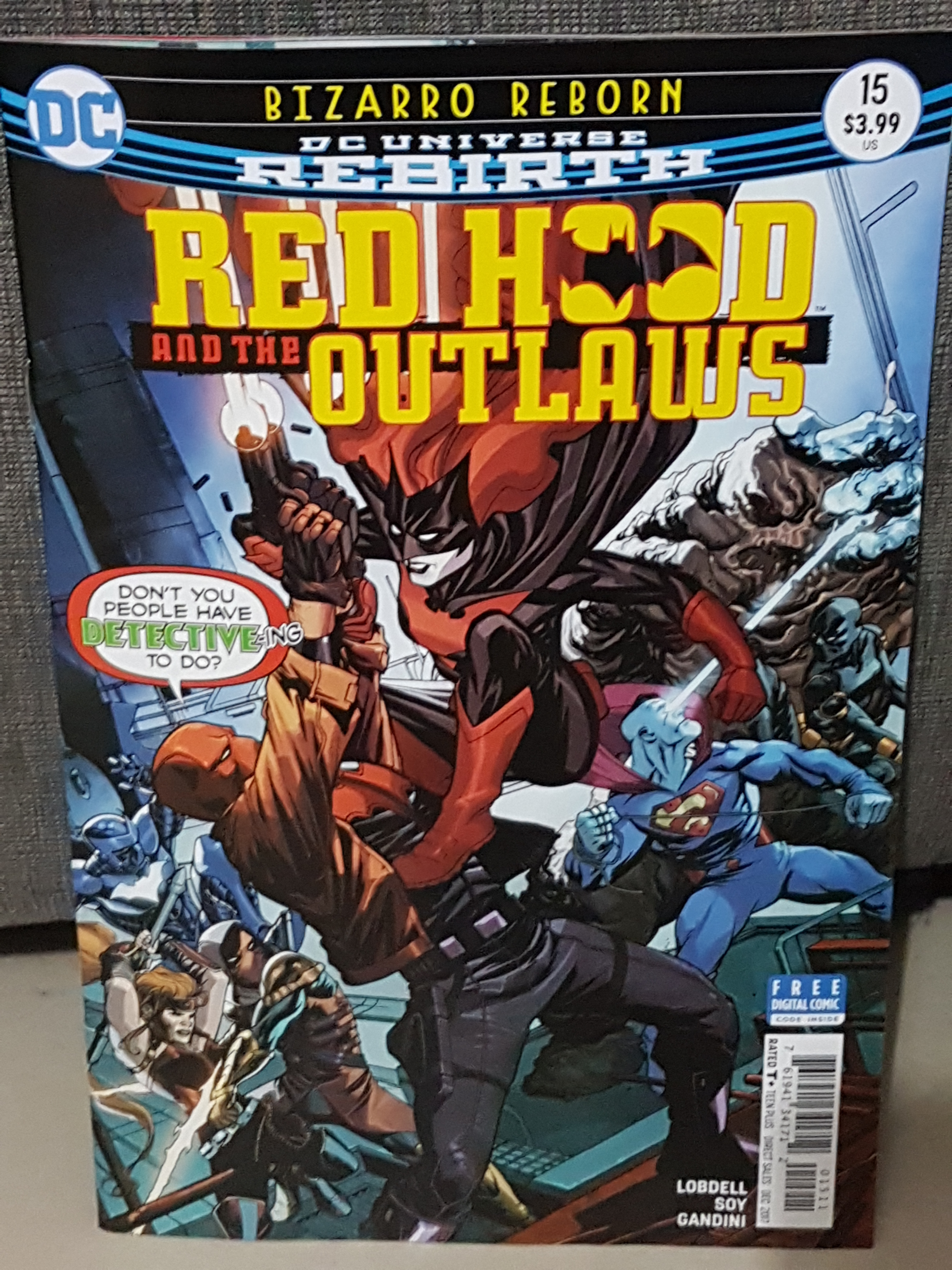 The cast of Detective Comics makes an appearance on the latest issue of Red Hood and the Outlaws. And like always, a fight breaks out between two groups even though they’re all heroes.

Interesting thing I’ve read on Reddit — the Bat family led by Batwoman doesn’t know the Outlaws are operating with Batman’s blessing. Red Hood doesn’t spill the beans to avoid the fight because he figures if Batman didn’t tell the Bat family, then they don’t need to know. It’s head canon at this point but it makes sense.