Why Is Nick Fury Black In The Comics?

Didn’t he used to be white in the comics? Didn’t David Hasselhoff portray him in that Agents of SHIELD series back in 1998? Well to put it plainly, they’re two completely different guys. There’s a white Nick Fury, there’s the black one, and they’re father and son.

The original Nick Fury, leader of S.H.I.E.L.D., underwent a transformation at the conclusion of the Original Sin event of Marvel comics. He, in a way, took over as the new Watcher when the other Watchers transformed him into the Unseen, forcing him to watch events at Earth but to never interfere. 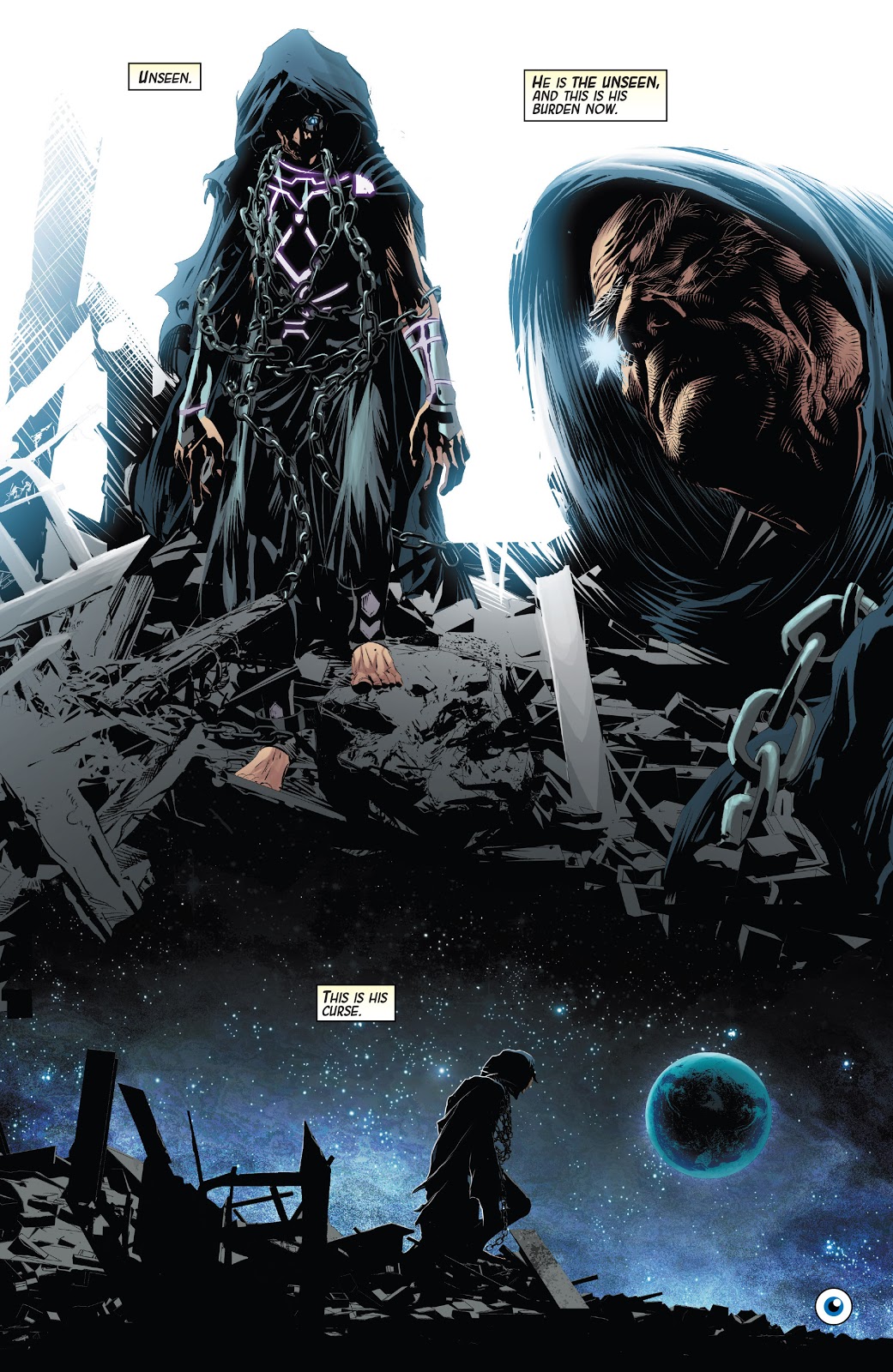 So the black guy is called Marcus Johnson. He’s best friends with Phil Coulson, and both of them served as Army Rangers in Afghanistan. When Marcus’s mother was mysteriously murdered, he found himself right smack in the middle of an adventure requiring the help of Captain America, Nick Fury, the Avengers, and S.H.I.E.L.D. To make a long story short, it turns out that he is the secret son of Nick Fury. And because of his father, his blood contains traces of the Infinity Formula that Orion, his mother’s killer, has been seeking in order to rejuvenate his own frail health. 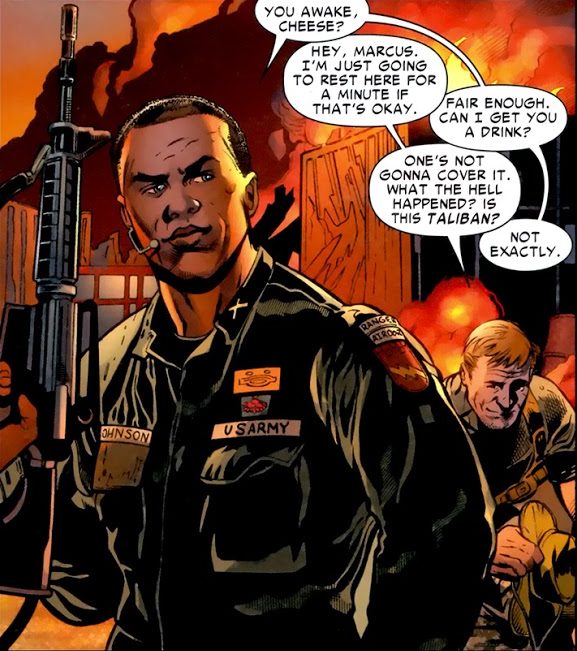 Later on after Orion and Leviathan is defeated, both Marcus and Coulson join S.H.I.E.L.D. Marcus shaves his head bald, and dons an eyepatch similar to his old man to cover his missing left eye, which was gouged out by a henchman of Orion. They’re welcomed by Maria Hill, who then reveals that Marcus’s legal birth name is Nick Fury Jr, which he started using moving forward. 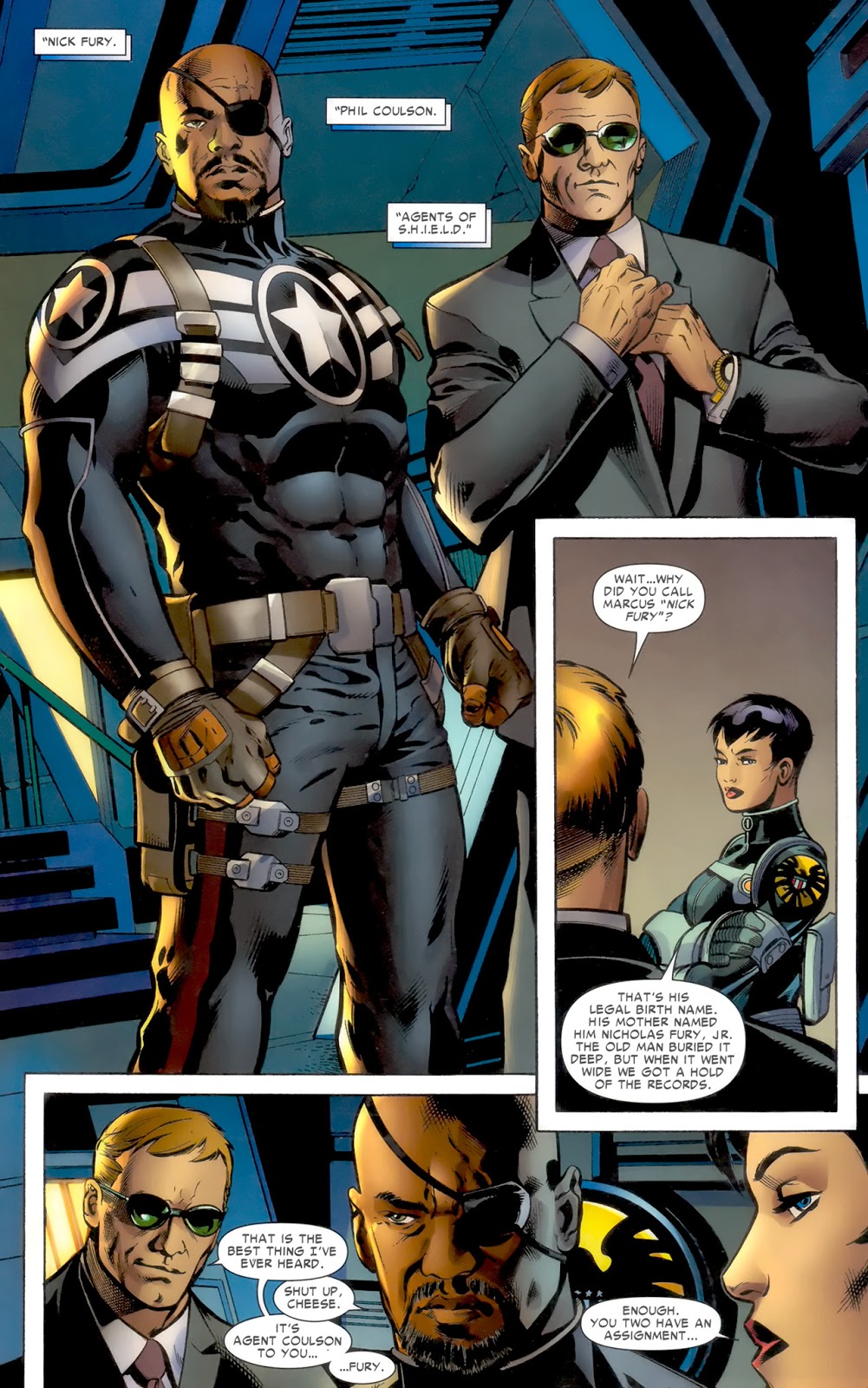 All of this occurred on the six issue mini series of Marvel titled Battle Scars. Why they felt the need to introduce this new character is beyond me. Perhaps it’s their legit way of replacing the original Nick Fury with his son in order to match the popular portrayal of the character by Samuel L. Jackson in the ongoing Marvel Cinematic Universe movies. If that was really the case, they could have made things easier for them by just using the Nick Fury of Earth-1610, or more popularly known as the Ultimates universe. Now that character is actually based on Samuel L. Jackson, as Ultimates writer Mark Millar admitted to basing it on the actor without permission.

How Marvel could have pulled it off? Easy! Just have him be among the characters that were transferred to our Earth after the Secret Wars event, similar to what happened to Miles Morales from the Ultimates universe.