According to WWE comics, Shinsuke Nakamura kept performing low blows on AJ Styles so that their feud would extend to more than a single Pay Per View, which is […]

AJ Style Learns How To Confront A Bully

Sound advice when dealing with bullies — if you’re gonna get beat up, might as well fight and make the bully work for it. There might be a chance […]

AJ Styles faced Brock Lesnar on Survivor Series 2017 in a brilliant champion vs champion match. Styles came in as the underdog but put up a hell of a […]

AJ Styles meets up with Triple H aboard a yacht in international waters, not sure why they couldn’t just meet in a hotel lobby or restaurant but here we […]

I can’t get enough of the silly and goofy expressions that Seth Rollins makes. Look at that stink eye he gives Triple H after giving Owens a DDT. From […] 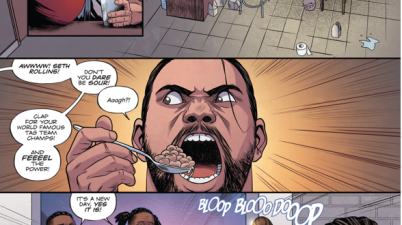 Nice blend of kayfabe and real life truths. I think I finally narrowed down the reasons why I’m liking this series so much. From – WWE #2 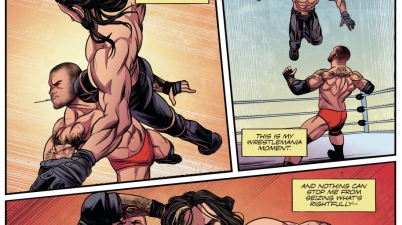 It wasn’t clear in the panel, but the RKO used by Randy Orton in the end was one of the most memorable and awesome one to date. From – WWE […]

Why Seth Rollins Cashed In His Money In The Bank Briefcase

One of the things I’m loving about this comic is how the artist took pains to paint Seth’s expression on each panel. I completely feel his regret in the end. […] 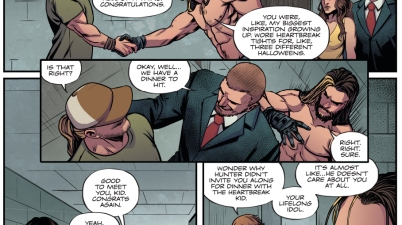 First time to read the comic and this sequence just sold me on it. Hahaha. Look how Seth Rollins became a fanboy at Shawn Michaels’ presence. From – WWE #1