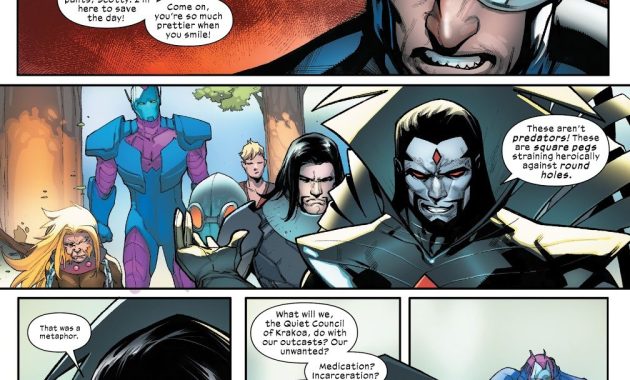 Broo Becomes The King Of The Brood Hives

The X-men, Starjammers, Gladiator and his crew take on an angry Brood hive. The fight ends with Broo eating the contested king egg, which would take control of the brood […] 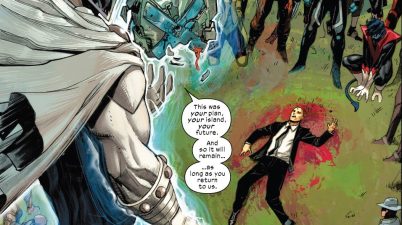 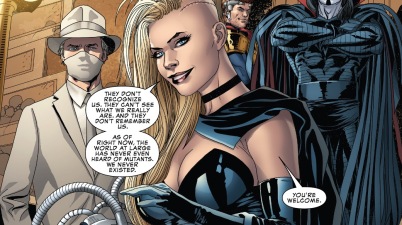 How Emma Frost Saved The Mutants

Emma Frost had Mister Sinister, Doctor Nemesis and Fabian Cortez operate on her in order to boost her telepathic powers, and then making the world forget that mutants existed. […]