The Rebel Alliance has a top secret prison known only to some, and its name is Sunspot prison. It houses war criminals, Imperial spies, mercenaries, even a moff or two. […] 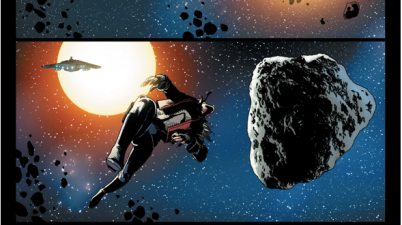 Aphra betrayed Darth Vader by divulging his secret activities to Emperor Palpatine. To her surprise, the Emperor was proud of Darth Vader’s antics — praising them as traits of a […]

Doctor Aphra learns that you should never get in between 2 Sith Lords scheming against each other. It never ends well. My personal opinion though, Palpatine would have been […]

Even after being betrayed by Palpatine, Darth Vader refuses to turn on his master. Or is he planning on a different gambit? Quite perplexing why he didn’t take on […]