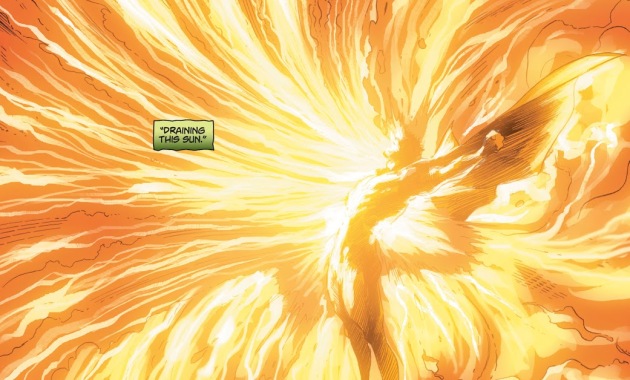 Zombie Superman flies into the heart of the sun and starts draining it. In time, the entire solar system would grow cold and die. From – DCeased #6

Wonder Woman reveals that she also has plans to take down her allies should the need arise. She uses the Fortress of Solitude’s forge to fuse Athena’s sword with […]