How The Inhumans Escaped Their Limbo Prison (IVX)

Medusa shows off her tactical and problem solving skills. From – Inhumans VS X-Men #4 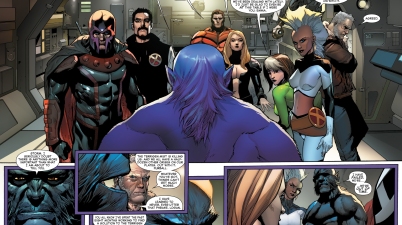 Why The X-Men Declared War On The Inhumans

I don’t know how Marvel is trying to market the X-Men as the bad guys here when it’s clear that they’re fighting for survival. Magneto saying that his people won’t […]

Where The Phoenix Five Kept Their Captive Avengers

Magik raised a portion of Limbo, the demonic plane that she ruled, into Earth to serve as a prison for the captive Avengers. – Avengers VS X-Men #9

What Is The Extinction Team?

Quick background info: The Scarlet Witch just decimated mutantdom by stripping 99% of their powers in an event known in the Marvel universe as M-Day, leaving only less than 200 […]