One Of Namor’s Virtues 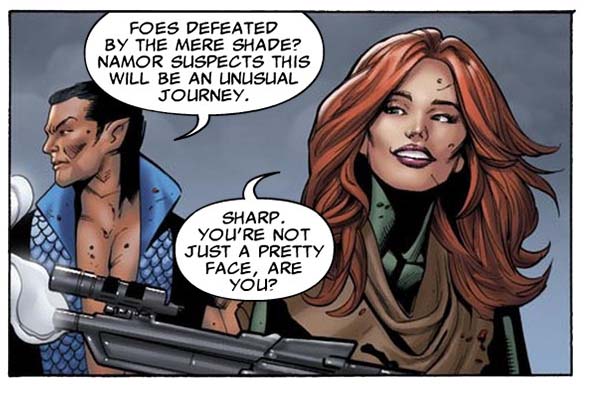 Namor: Foes defeated by the mere shade? Namor suspects this will be an unusual journey.
Hope Summers: Sharp. You’re not just a pretty face, are you?
Namor: No. A complete compilation of Namor’s virtues would be a far lengthier list.
Hope Summers: Would it include “Great abs?”
Namor: Yes. They would be documented.