6 Reasons Why You Will Enjoy Reading Injustice: Gods Among Us 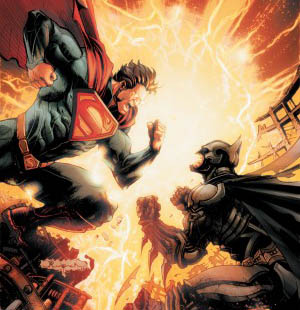 You don’t need to know about a character’s entire biography or plow through endless volumes of comics to enjoy the series. Injustice: Gods Among Us is set in a parallel Earth with the same heroes and villains that we’re all familiar with. It’s the closest thing you’ll ever get to a story with a fresh start. It’s perfect for casual comic fans or the type of individual that has never picked up a comic book but has basic knowledge of the characters. Just pick up issue #1 and you’re good to go!

As mentioned above, the whole story is set in a different Earth and not the primary one where the actual canon story lines are based. Therefore, the writer is not barred from using his full creative license in crafting the story, meaning he can kill anyone he wants to if it further enhances the story. It’s like reading Game of Thrones in the sense that you know your favorite heroes and villains alike can be offed at any time without warning. And believe me, the writer, Tom Taylor, exercises that license without restraint.

According to Tom: “Whatever happens is permanent in this universe. If someone dies here, they’re dead. That’s almost never true of comics. Usually when you read a comic where a hero dies, you know deep down that they’re probably coming back somehow soon. No one’s coming back in Injustice. People read Injustice knowing their favorite character could be deady-dead dead on the very next page.”

The end result is a compelling and intense story that will keep you on the edge of your seats.

So who is this mysterious writer named Tom Taylor that has complete control over the fates of our beloved heroes? Here’s a short list of his accomplishments: He’s a New York Times bestselling comic book author, an award-winning playwright, and a writer for many forms of media.  In short, Tom’s an old hand when it comes to awesome stories. A few of the comics he’s written include a pair of stories for the DC Universe Online: Legends series and a Batman story for DC Comics. His work with the Star Wars Expanded Universe has garnered accolades like the ‘Stan Lee Excelsior Award’  for Star Wars: Blood Ties in 2012 and a ‘Diamond Gem Award’ nomination for Star Wars: Invasion #0 in 2009.

It’s amazing to think that with a large scope of stories to tell in one series, Tom is the only person doing all the writing. The upside of course is we’re all spared from the different characterizations and writing styles that inevitably happens when someone was to share writing duties. Under his sole direction,  the Injustice: Gods Among Us comic series is proving to be an exciting and fast paced story that will leave you wanting more.

If you’re already playing the Injustice: Gods Among Us video game or planning to do so sometime in the future, then knowing how events unfolded prior to the game’s own story is the best reason to start reading the series. Superman’s transformation from a shining beacon of hope to a ruthless dictator simply did not occur in a single day, it was a gradual process that might make you sympathize with the Man of Steel’s plight. You may not agree with his decision to subjugate the entire world, but damn it, you will know why he did it. 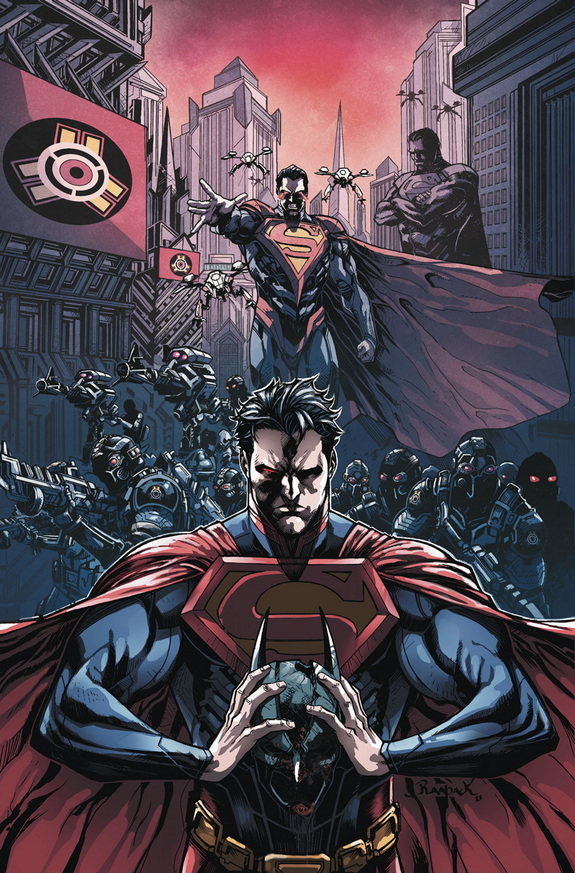 The standard time for a regular comic to come out is once a month, twice if it’s being heavily pushed. But with Injustice: Gods Among Us, we’re only expected to wait a measly week for a brand new issue! That’s right, only seven days. I’d say that’s only fair considering how each issue almost always ends with a cliffhanger.

It’s an epic story about Superman going against Batman in an all-out war. I think that shouldn’t warrant any further explanation.

Injustice: Gods Among Us comic series comes out every week. You can purchase the entire Year 1 here and the ongoing Year 2 here. If you wish to see what you’re getting yourself into before buying the series, click here to see some posts about it.

4 thoughts on “6 Reasons Why You Will Enjoy Reading Injustice: Gods Among Us”