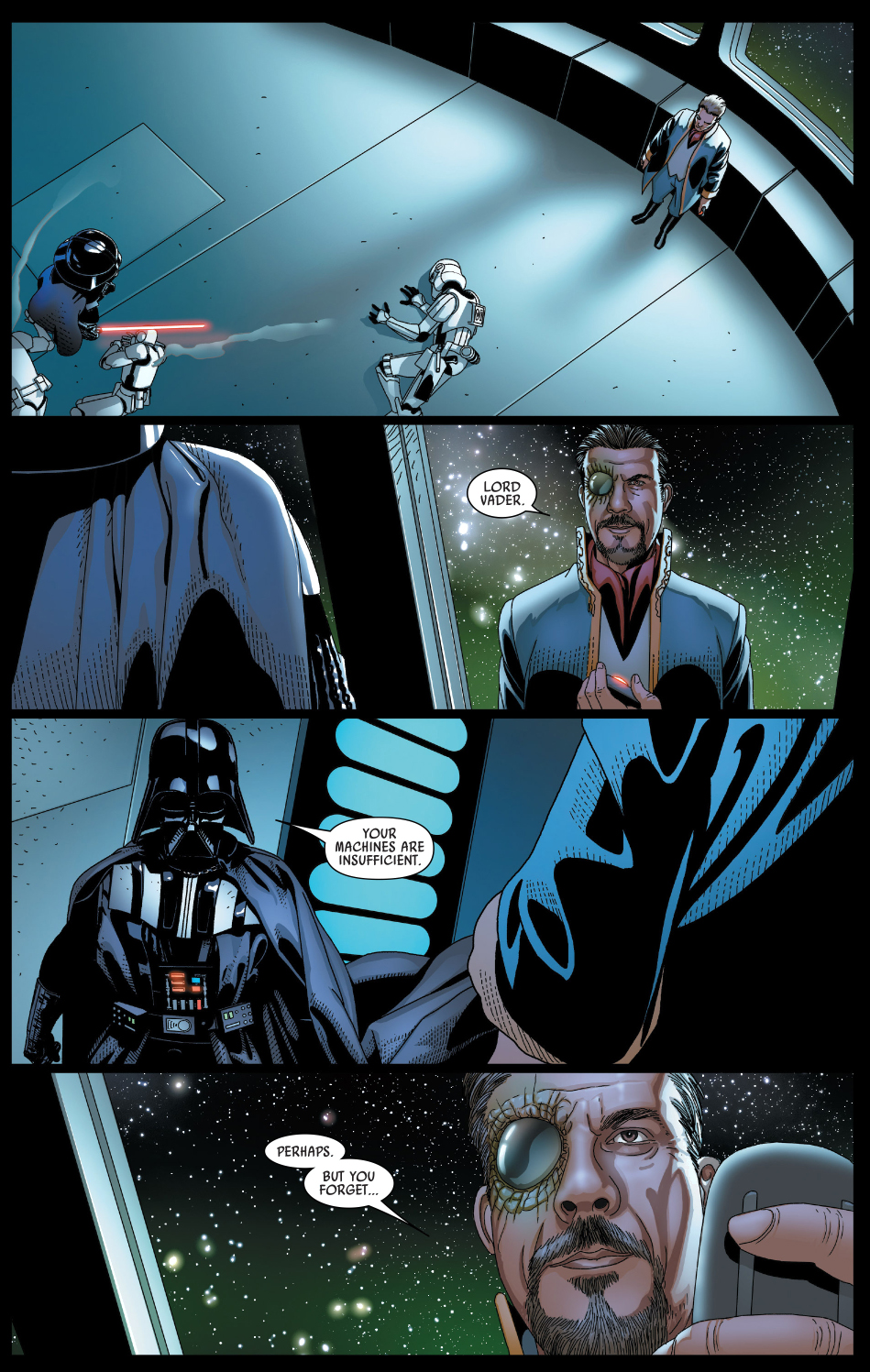 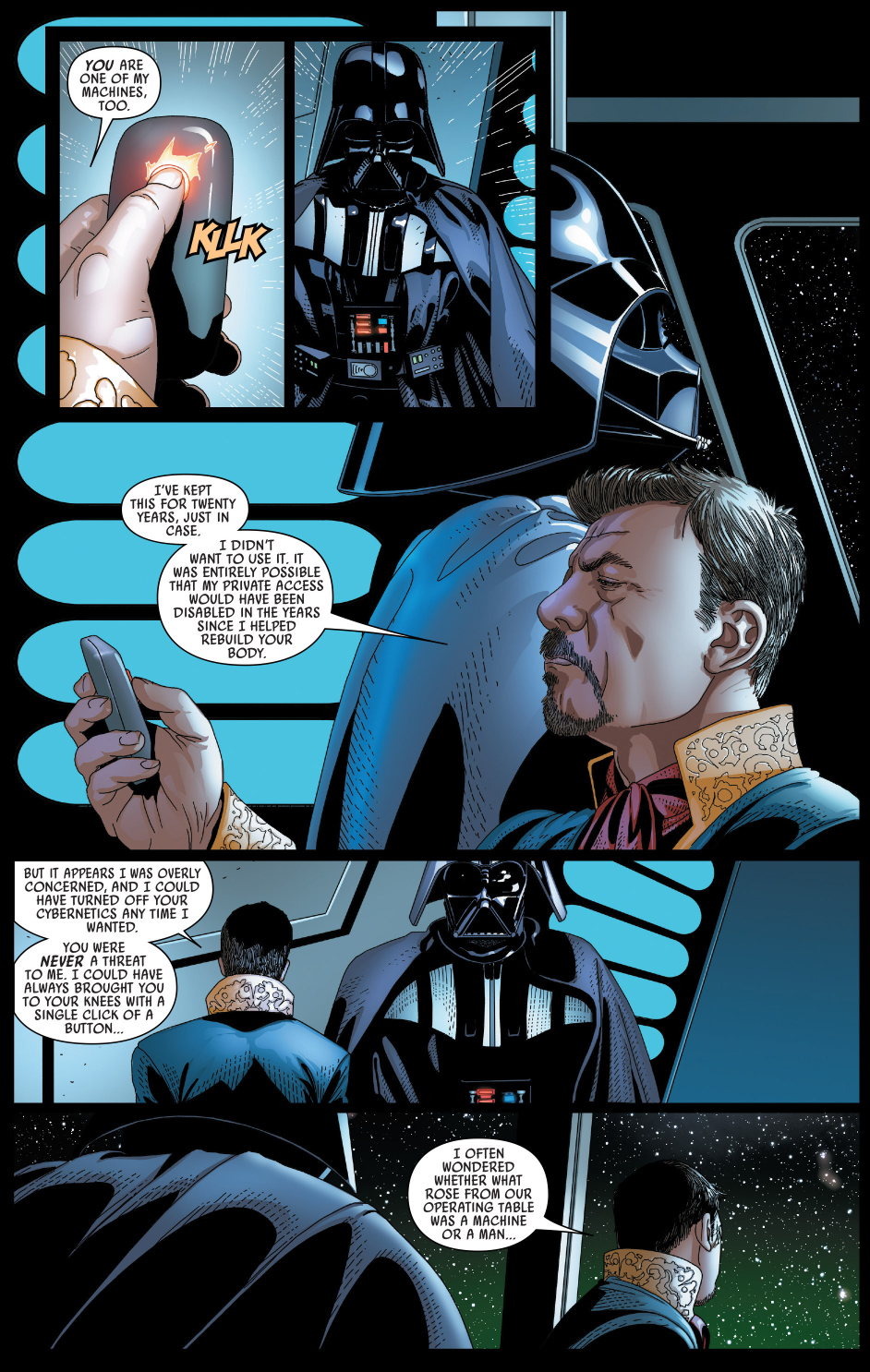 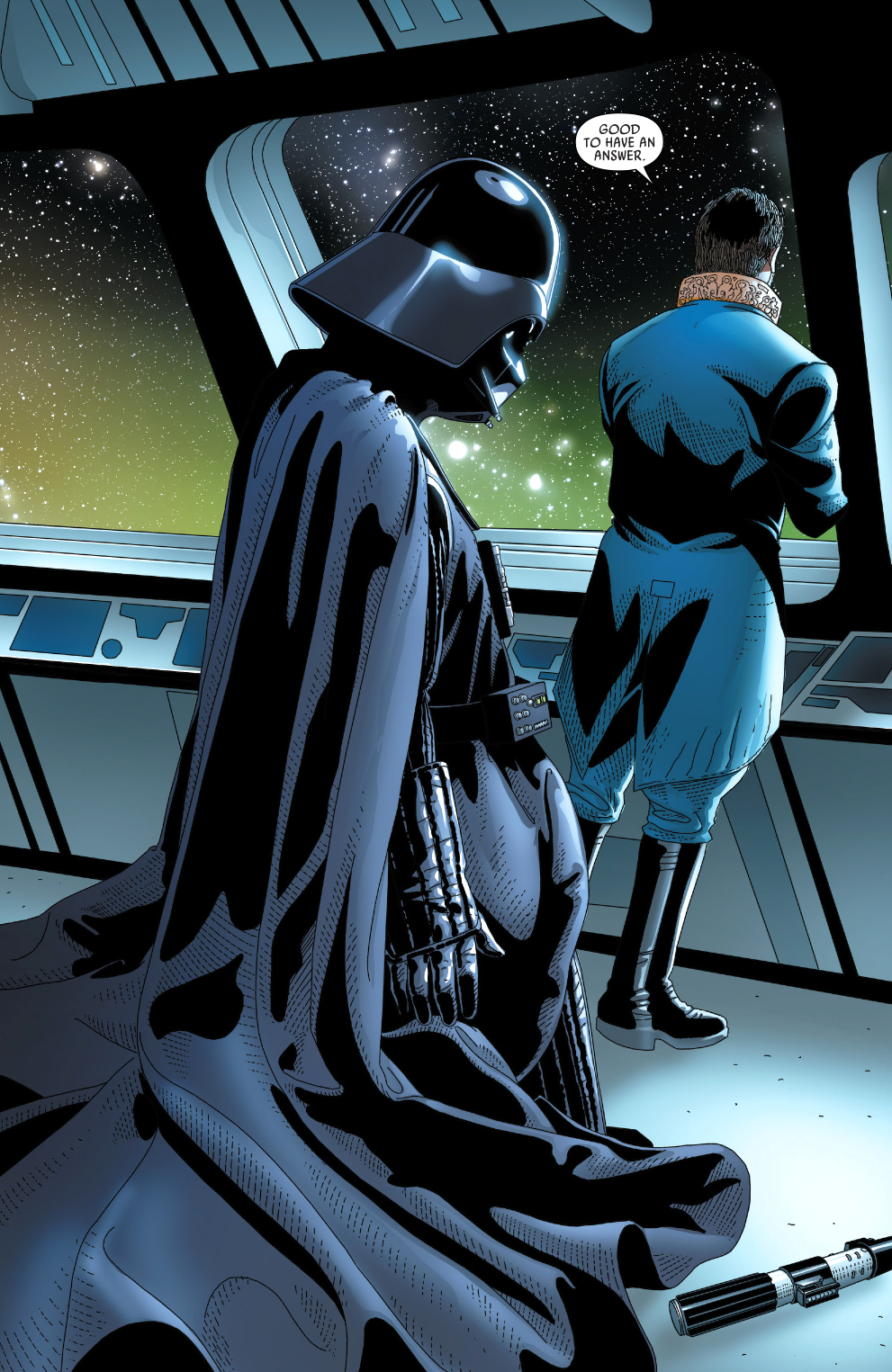 It’s established here that Darth Vader’s armor, at least in the new continuity, was created by the mad scientist Cylo IV. In the Expanded Universe, which is now known as the Star Wars Legends, I remember that it was built by Separatist technology based on ancient Sith Order armor. I could be wrong, too lazy to google.

But it’s logical that a machine life support would have a remote control.