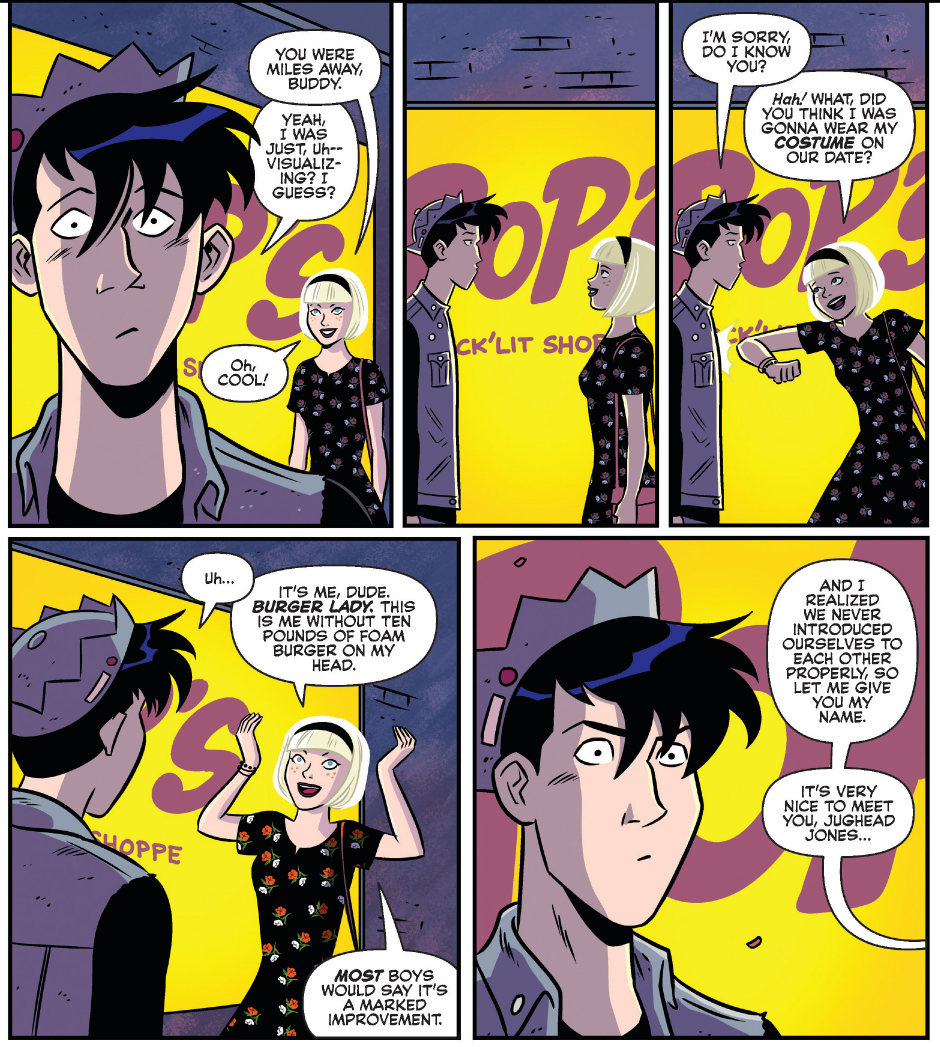 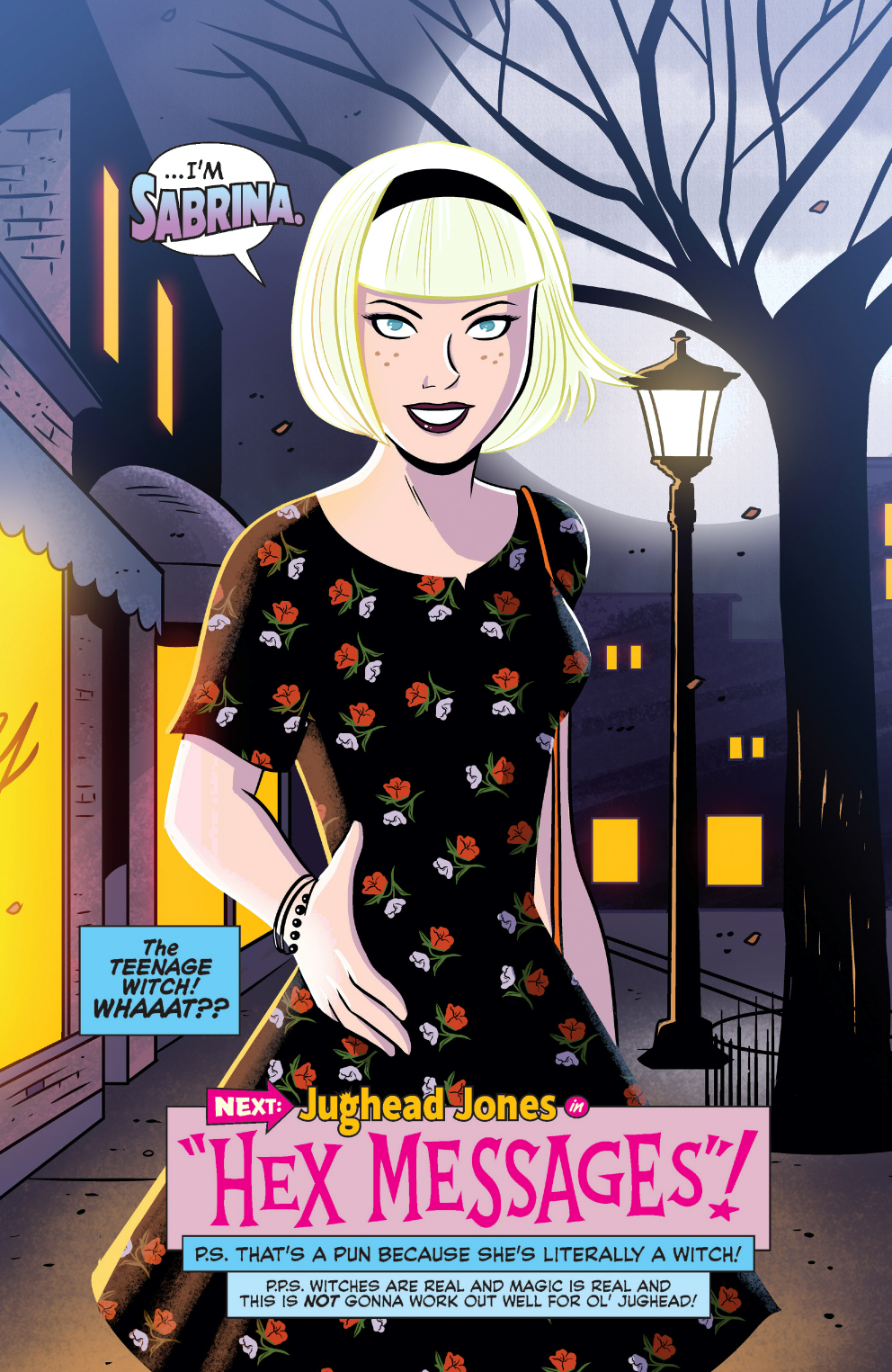 Oh wow. Does this mean her series is gonna be out soon? Been waiting for that for the longest time! And I’m actually stoked about this pairing! Jughead’s the weird and smart outsider of the group, so it only makes sense that someone who’s also strange is partnered with him. This is the burger suit Sabrina referred to, by the way.

If it was up to me, I’d just tease Sabrina’s powers without outright showing it until maybe much later in the series. Jughead and the readers will completely be puzzled on how she gets impossible things done without any logical explanation. That leaves a small chance of a swerve where we learn later on that she’s really just a normal teenager. Have I been watching too much WWE to want big plot twists like this?