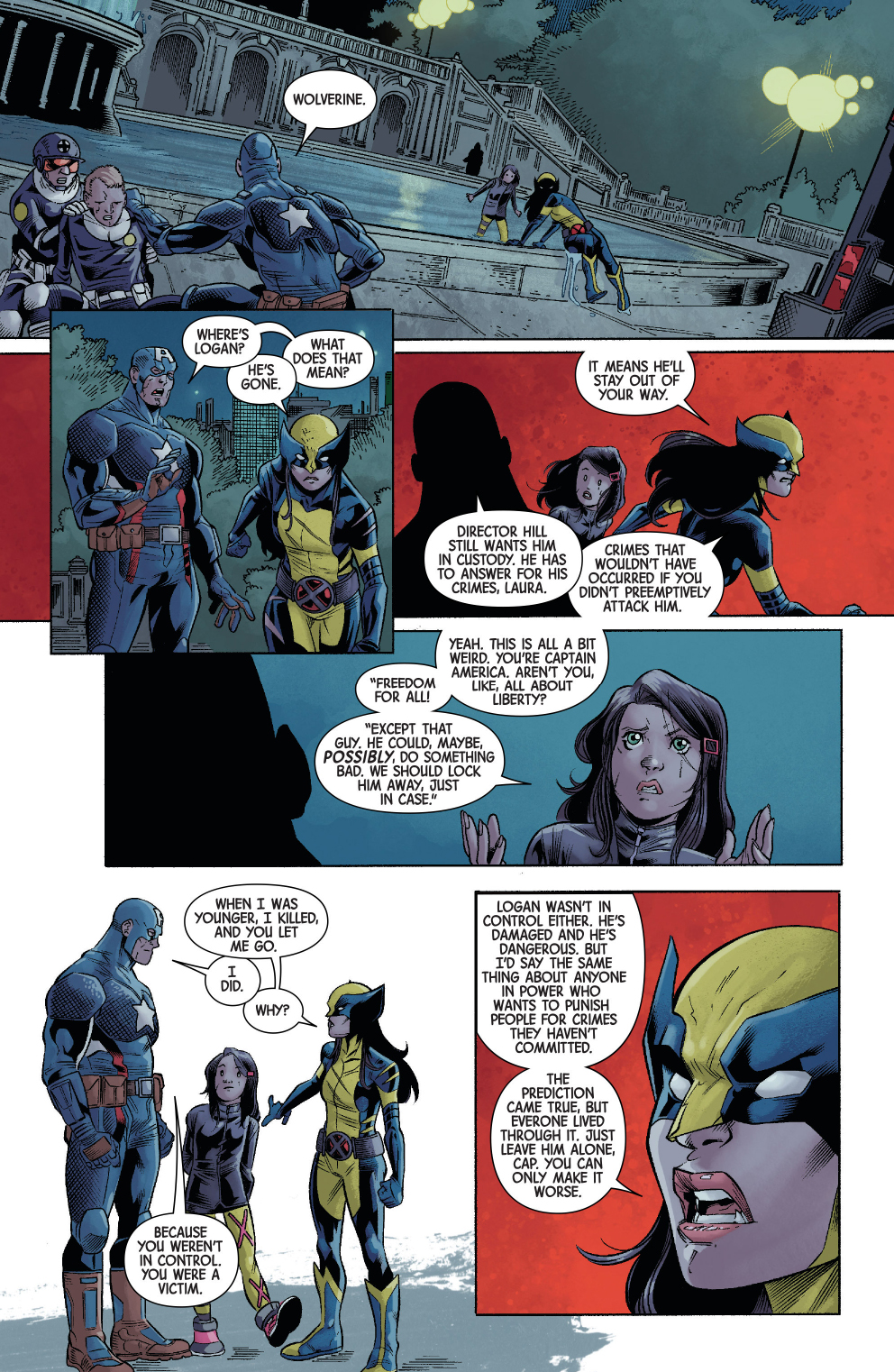 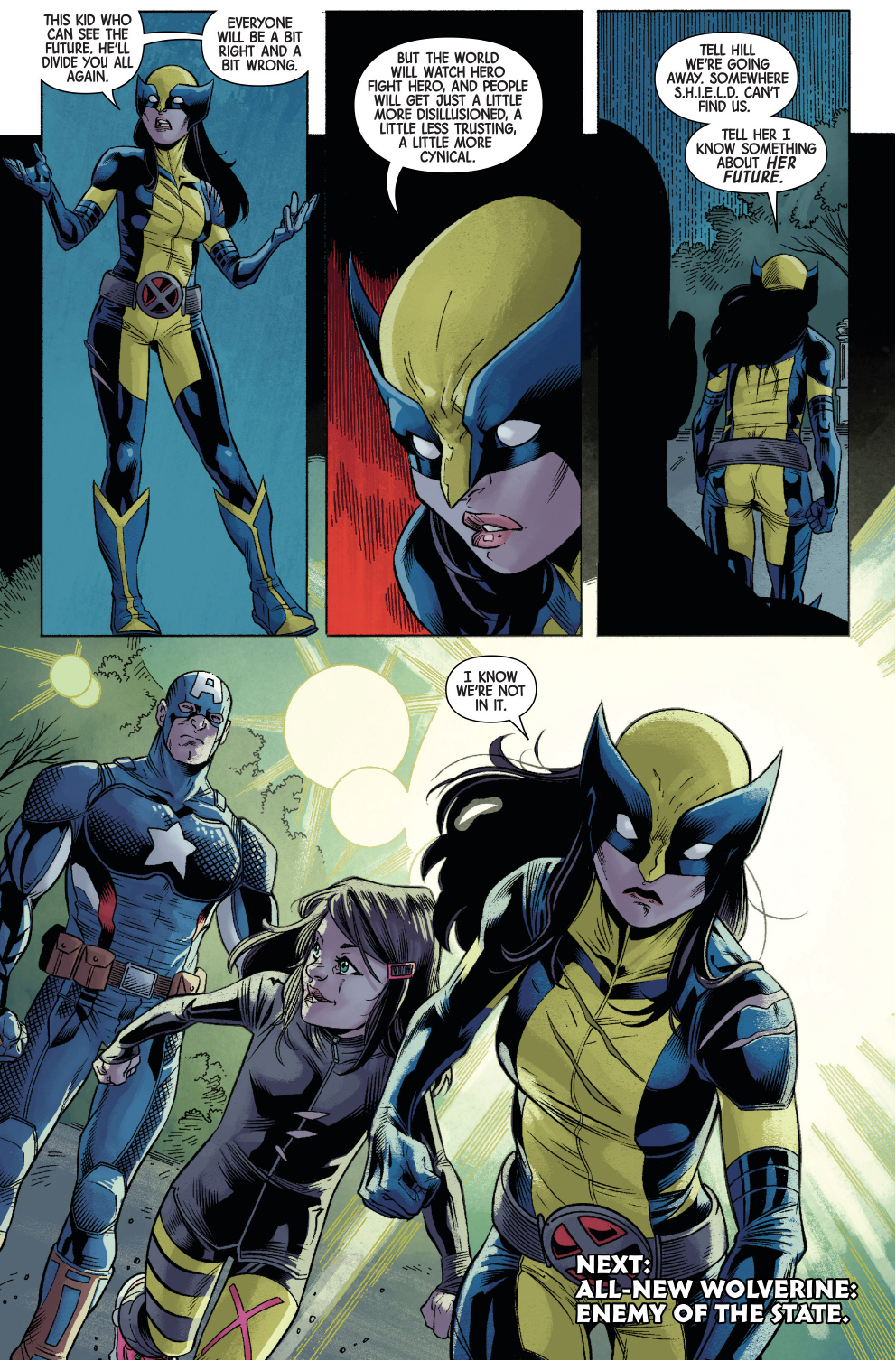 The new Inhuman Ulysses had a vision where Old Man Logan killed Gabrielle, the new Wolverine Laura Kinney’s clone. SHIELD agents, led by the original Captain America himself, tried to bring in Logan while he was recuperating in Laura’s place. Logan tried escaping via jetpack along with Gabrielle when they were shot down by SHIELD, who proceeded to shoot Logan with tons of sedatives. It only made things worse though as it triggered his berserker’s persona and without control, he stabbed Gabrielle. In the end, it turned out that Gabrielle inherited Laura’s healing factor and was able to recover fully from the grievous wound.

This is significant since it shows that not all Ulysses’s visions do come true. It means that the future isn’t set in stone and maybe Tony Stark is right after all.