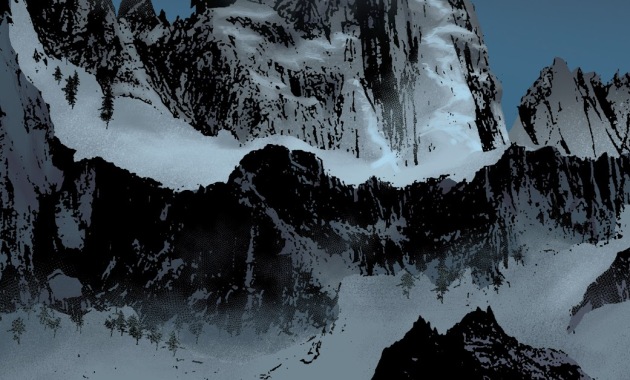 It is just as well that you do not know of Crom. He would likely only send you doom should he notice you… He sits on his mountain and watches […] 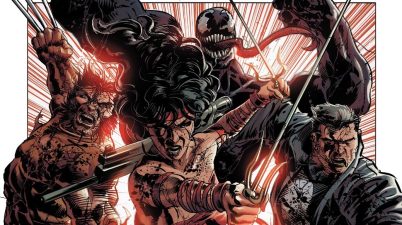 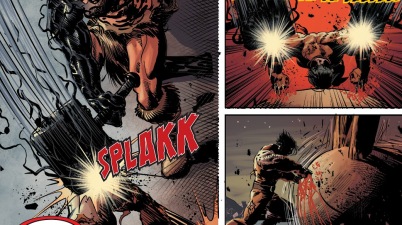 Kinda felt bad for Wolverine there. You had Venom and a symbiote-powered Conan the Barbarian hammering both his elbows with giant hammers. It got the job done in killing […] 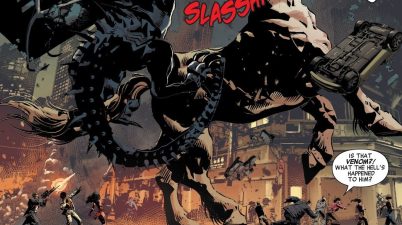 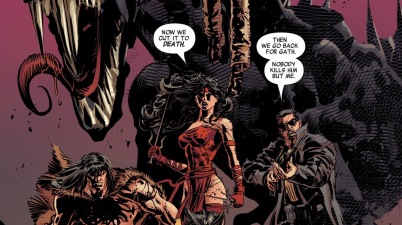 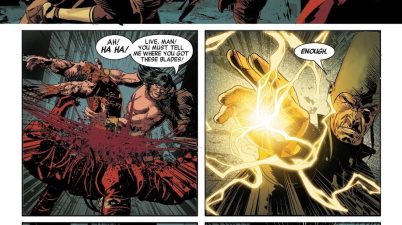 Conan Uses Wolverine As A Weapon

Did Conan the Barbarian just call Wolverine a dwarf? Funny how he uses an unconscious Wolverine as a weapon though. From – Savage Avengers #3 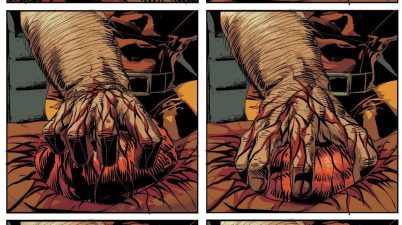 I don’t know if this is a new skill of Wolverine after he came back from the dead, or because it’s some sort of magic because it’s Brother Voodoo, […] 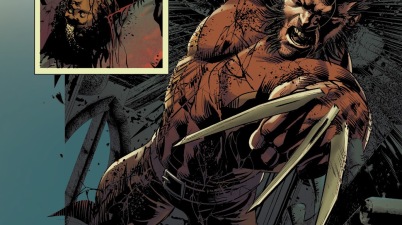 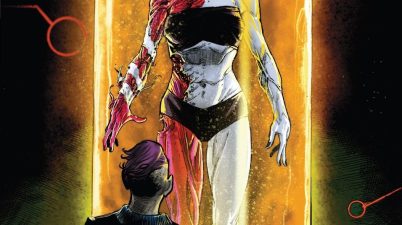 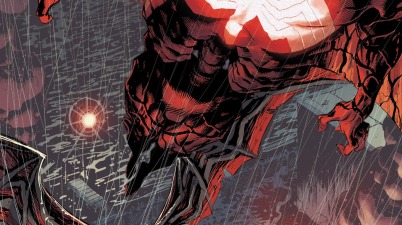 The Legion symbiote is a combination of harvested codices of the Venom, Carnage, Riot, Lasher, Phage, Agony, Tyrannosaurus, Mania, Sleeper, and other symbiotes from several former hosts – including Captain […] 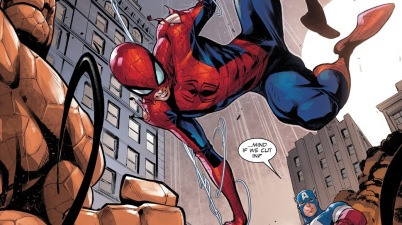 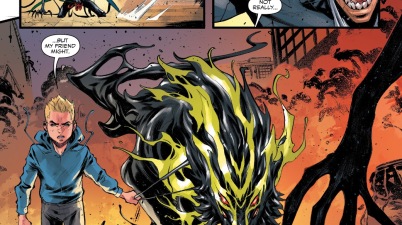 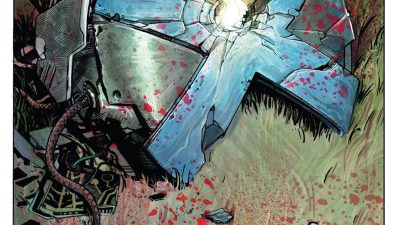 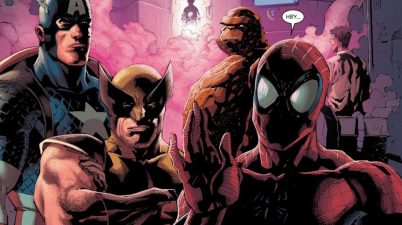 The Avengers comprised of Captain America, Spider-man, The Thing, Wolverine, and Bruce Banner in the background. Everyone here, except the Hulk, has worn the Venom symbiote at one point […] 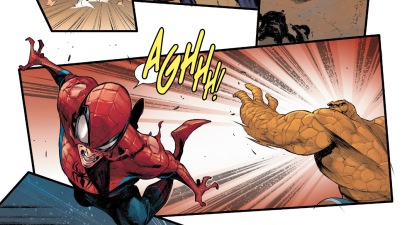 The Things And Spider-Man’s Fastball Special 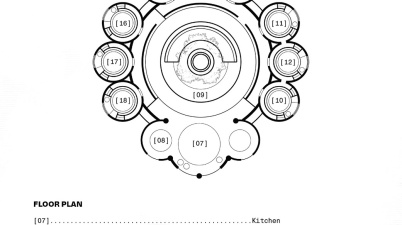