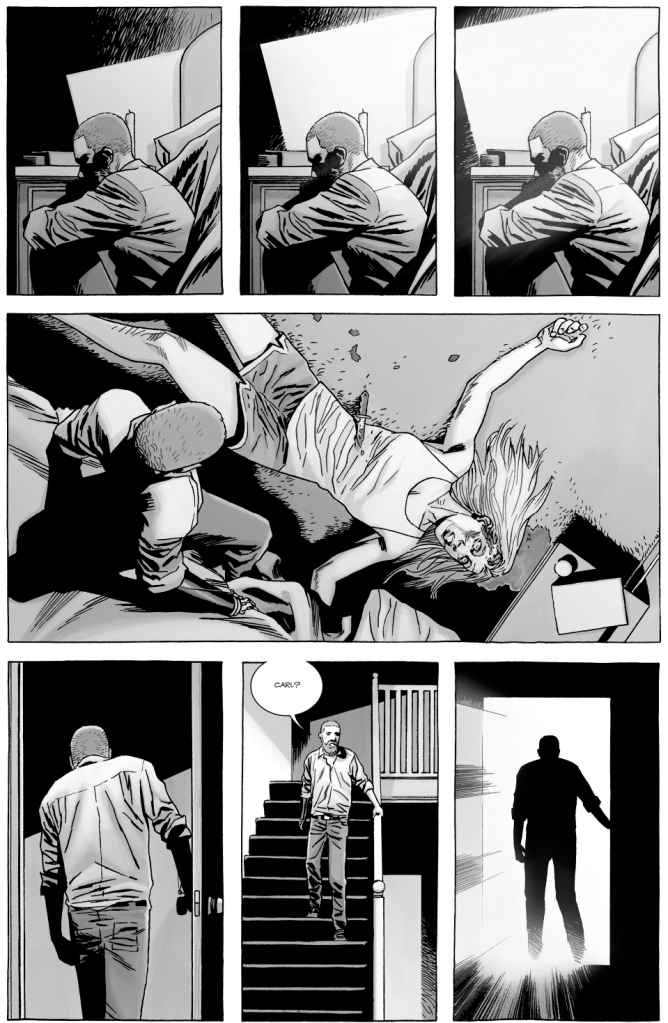 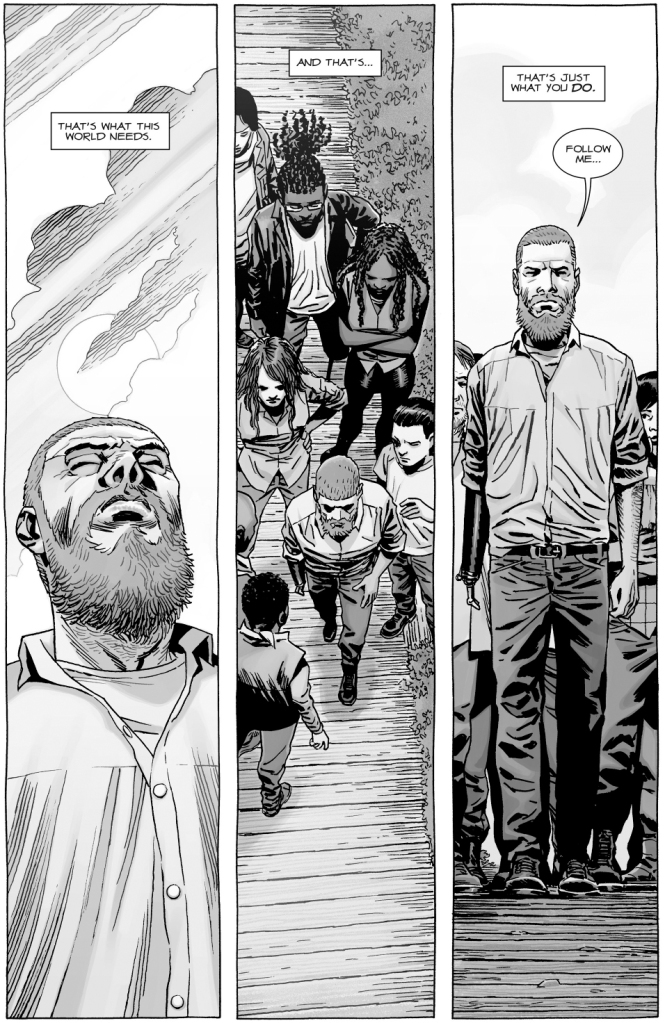 In terms of trauma, I think Rick Grimes has Batman beat. He’s suffered so much yet he continues on because if he doesn’t, everything he and his friends have built would collapse. People would die if he dies.

I love that splash page where everyone’s supporting one another. That single picture speaks so much about their community and how everyone’s there for one another. Negan’s not in there which means he’s still considered by everyone as an outsider.