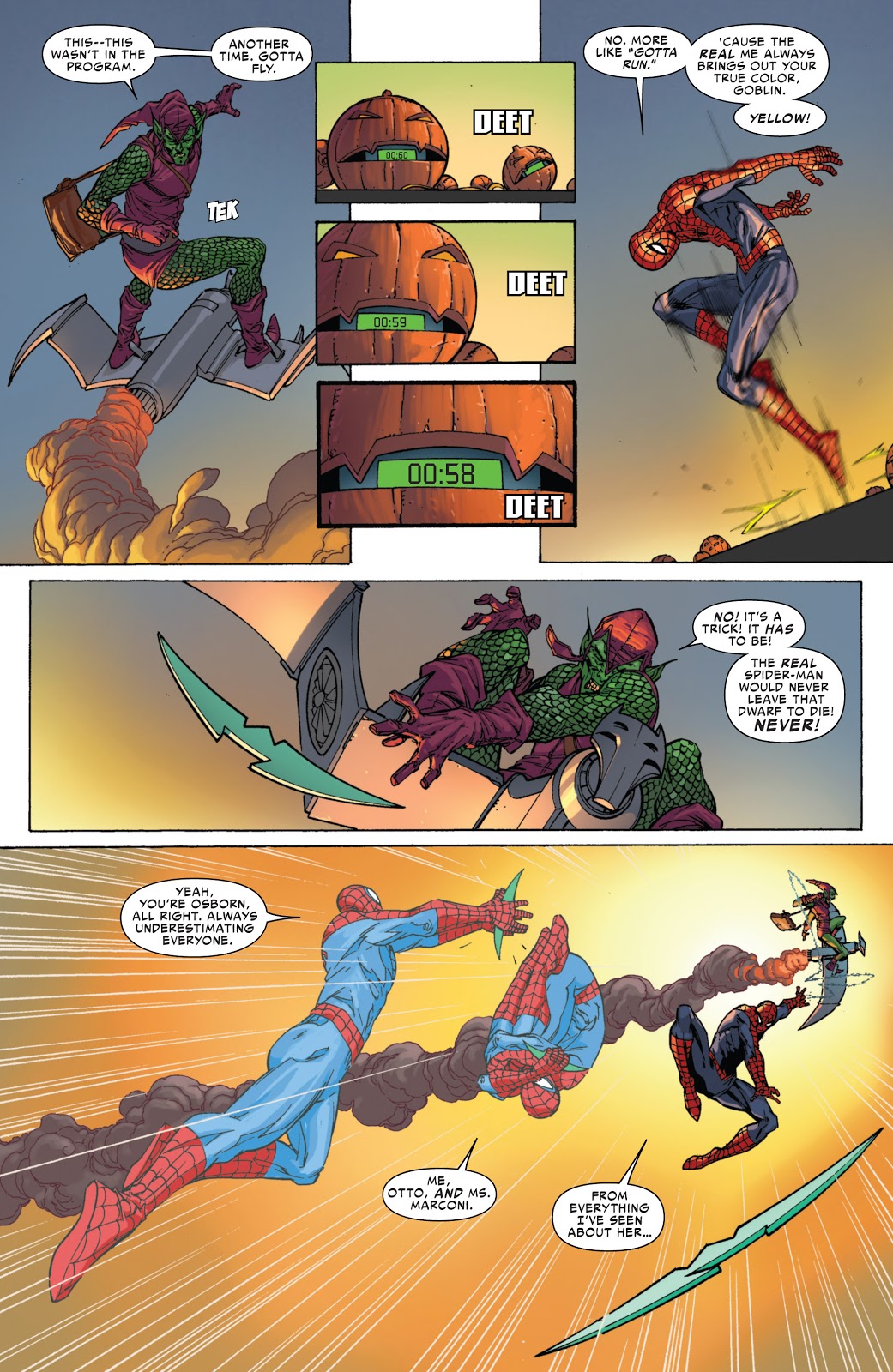 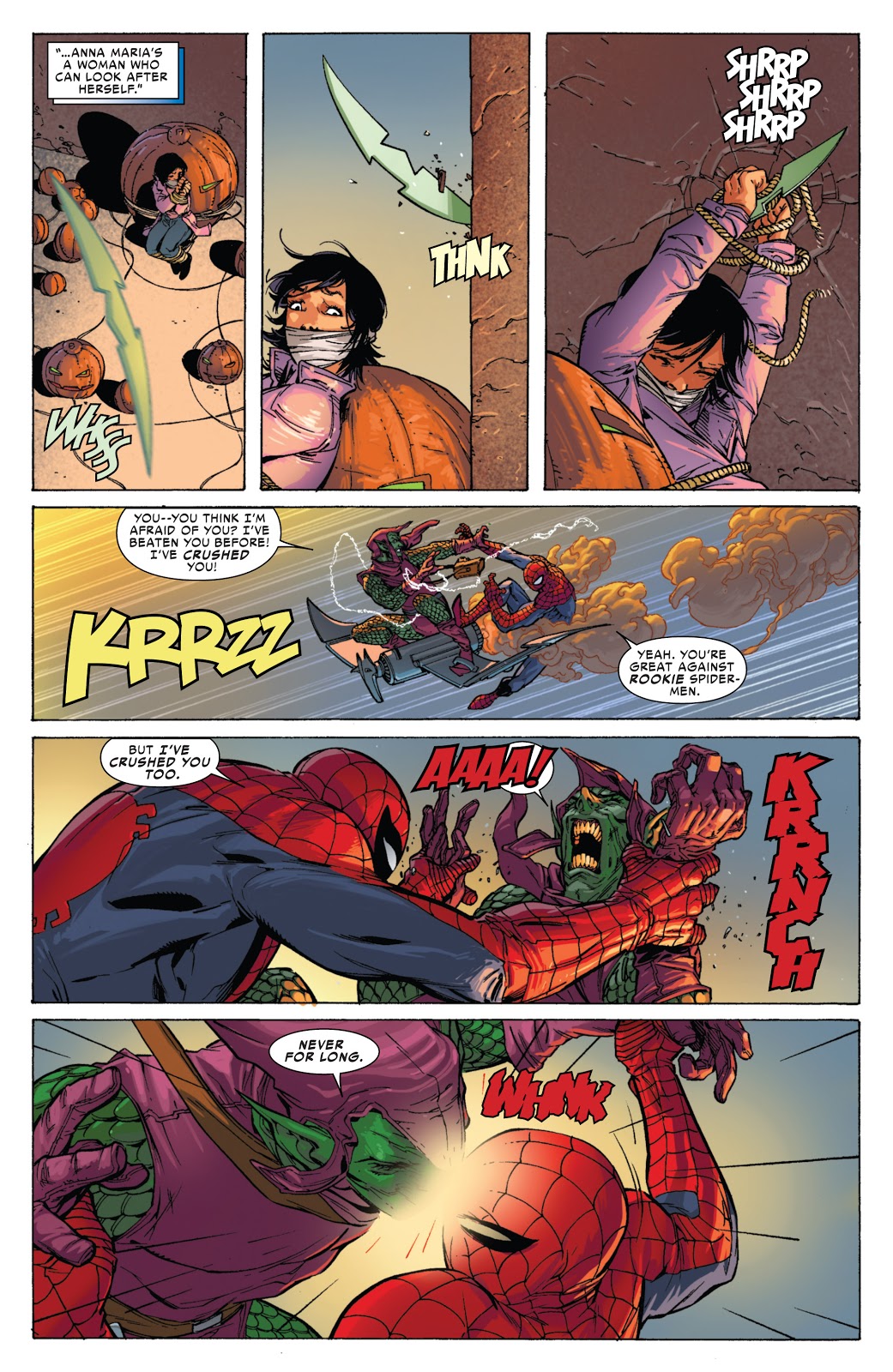 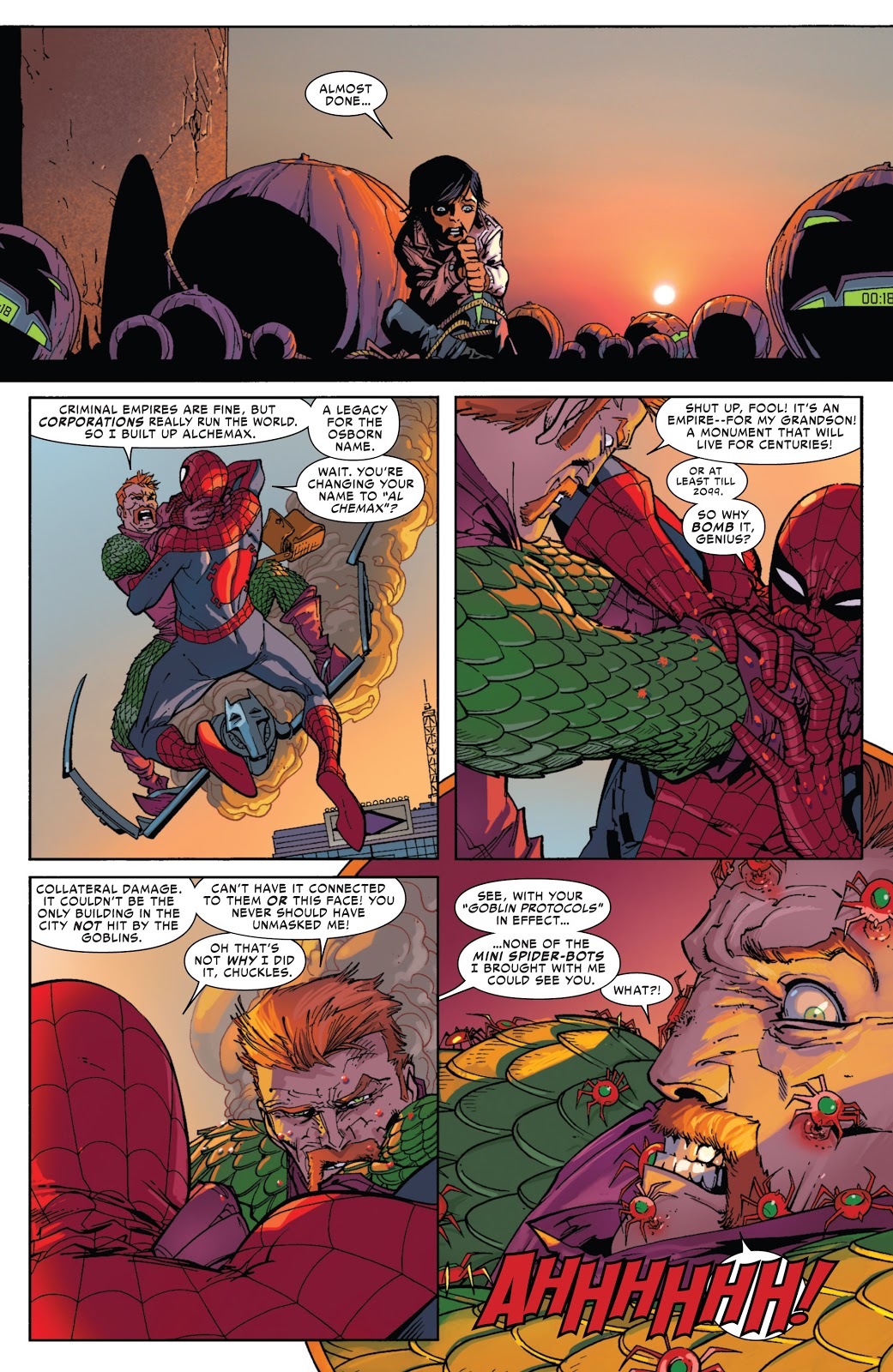 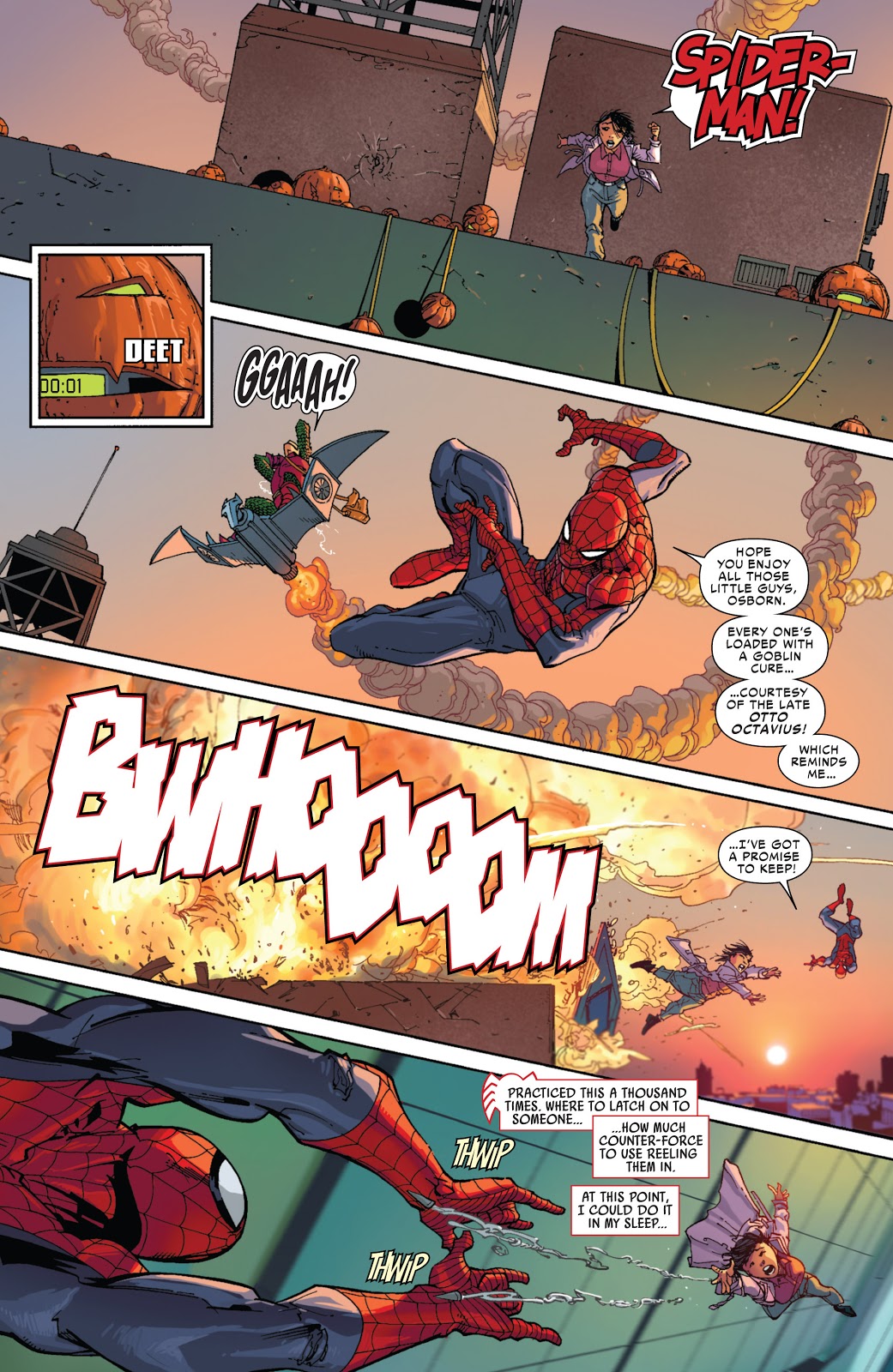 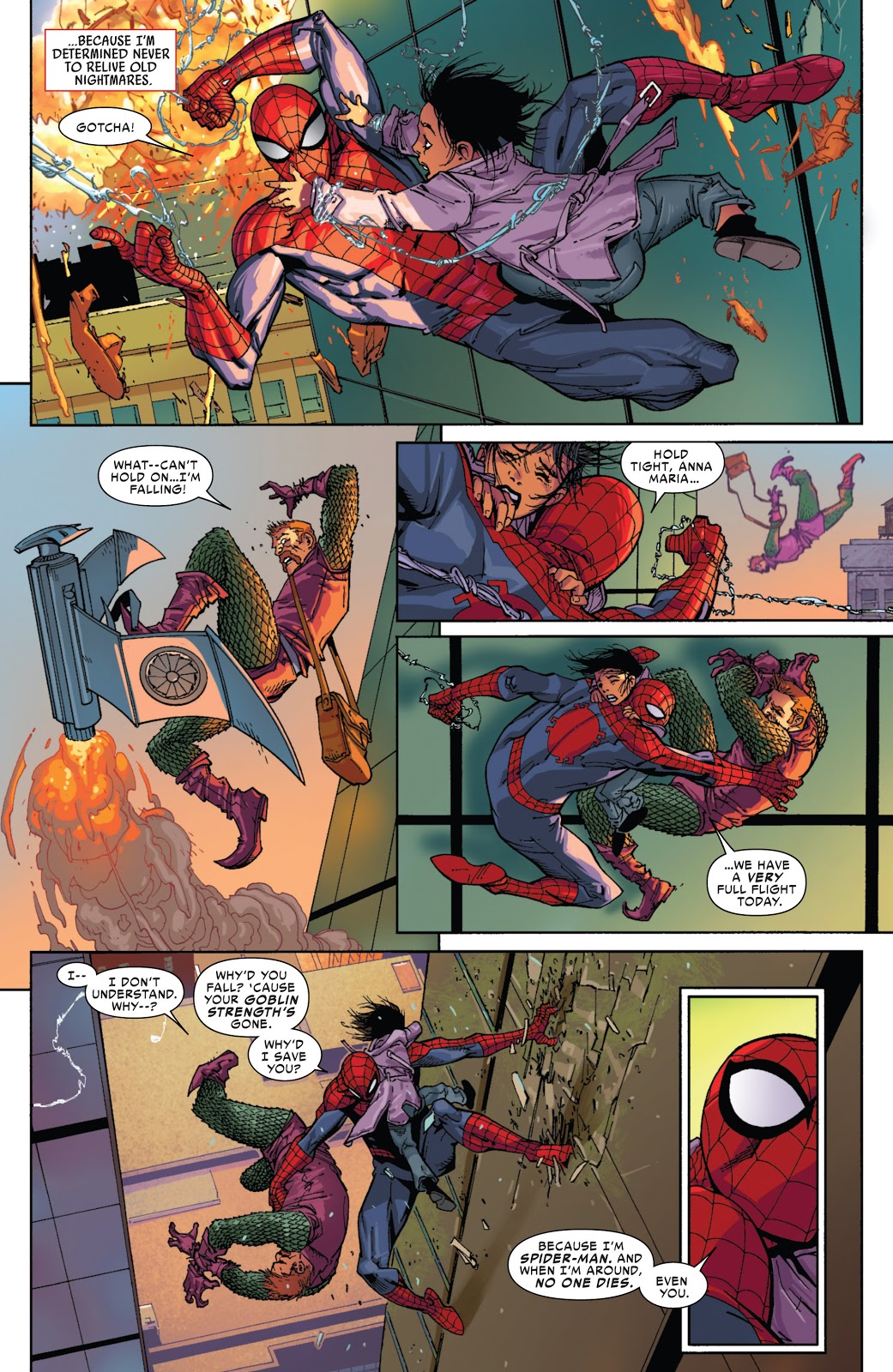 The final battle between Spider-man Peter Parker, who recently regained control of his body from Superior Spider-man Otto Octavius, and Green Goblin Norman Osborn. Osborn kidnapped Anna Maria Marconi, Otto’s girlfriend, and started the countdown of all the bombs surrounding her in order to escape. He expected to face Otto Octavius but after realizing that Peter has gained control of his body back, he decided to fly away and rethink his strategies. Thinking Peter would do the obvious thing and save Anna Maria, he instead chased after Norman and simply threw a Goblin blade towards Anna Maria, allowing her to cut her bonds.

The fight didn’t last long. Spider-man used his stick fingers to tear away Green Goblin’s mask, and was surprised to see Norman Osborn underwent surgery to change his face into Mason Banks, an Alchemax executive. With his mask gone, Spider-man’s tiny spider-bots were now able to see him since they were infected by Norman to ignore anything that looks like a Goblin. The spiderbots were all carrying an antidote against the goblin serum and proceeded to inject them into Norman, causing him to lose his powers.

In the end, Spider-man was able to defeat Green Goblin and rescue the girl.

Nice touch by the way in the end when Spider-man recalled that he practiced this rescue stunt so a thousand times he could do it in his sleep; carefully calculating the speed and counter force needed to reel them in so Gwen Stacy’s death would never be repeated.