From the silhouettes, I can only make out Black Adam, Black Manta and Hawkman. From – DCeased: Hope At World’s End #1 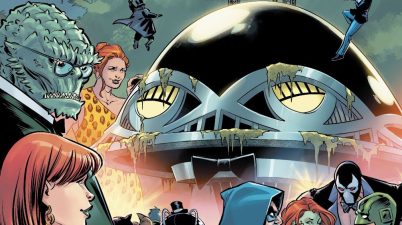 The Justice League’s Children From The Future 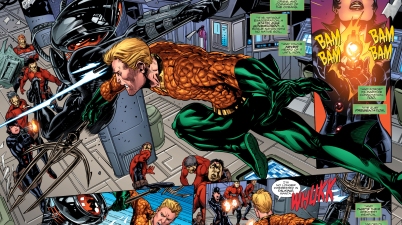 Aquaman VS Black Manta (The Deluge)

I like how Aquaman actually respects Black Manta’s tenacity and skills even as he battles him to the death. From – Aquaman Vol. 8 #15

They haven’t even tussled yet but I’m already so happy with this payoff. It’s been an extremely satisfying story arc and Aquaman deserved one. From – Aquaman Vol. 8 #14

Why The Justice League Does Not Approve Of The Suicide Squad

From – Justice League VS Suicide Squad #1 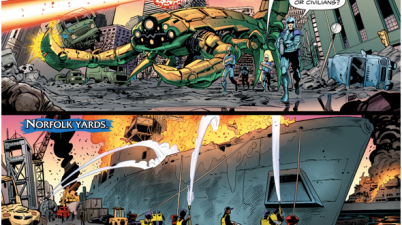 The Atlantis army is actually part of N.E.M.O now headed by Black Manta. From – Aquaman Vol. 8 #12 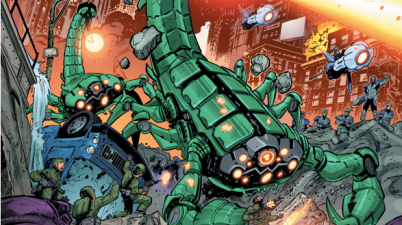 I’m still not completely sold on the whole N.E.M.O group. It feels like another cheap secret organization thrown up at the last minute since DC needed a new villain. […]

The Justice League Visits Aquaman In The Hospital

Batman doesn’t do hospital visits, apparently. There was a bit of friction between Aquaman and Superman earlier in this story arc, when Superman tried to intervene in Aquaman and […] 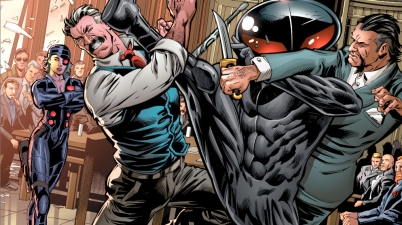 I am always a proponent of lively meetings, as opposed to dead boring ones. From – Aquaman Vol. 8 #7 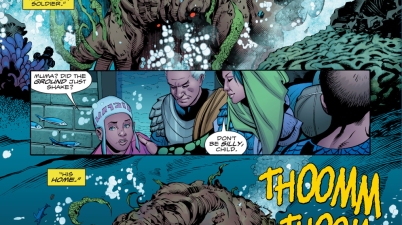 Black Manta is now the leader of the secret organization N.E.M.O after his coup. Later in this next issue it’s shown that this monster is actually the Shaggy Man. From […]

Did Black Manta just inherited an army? Bad luck for Aquaman, his most calculating nemesis just gained massive resources to make his life even more miserable. From – Aquaman Vol. […]

It’s already been heavily established that you don’t come near Black Manta, he’s very deadly with his hands. From – Aquaman Vol. 8 #3

I still don’t get how Black Manta could go toe to toe with Aquaman, a hero with super strength and one step close invulnerability. I don’t begrudge Black Manta his […]

This blind spot, or weakness, of Black Manta’s been touched repeatedly as far back as Forever Evil. He actually wanted to kill the Crime Syndicate because he believed that they […]

I feel like Black Manta’s overpowered. He might as well be Batman at this point, being able to take on a meta-human like Aquaman. From – Aquaman Vol. 8 #1