I may not like the Original 5 X-Men, or how the this series ended but a collection’s a collection. Happy at least I found these 50% off. And a […]

My Red Hood And The Outlaws #20

Archie Andrews picks up the pieces after his break up with Veronica Lodge, and being turned down by Betty Cooper.

The finale to the Super Sons of Tomorrow story arc! We get to see Robin admit (again) that Superboy is his friend and not a lackey. The Teen Titans […]

Archie Andrews makes a choice between Veronica Lodge and Betty Cooper in this issue, with a little help from Jughead. 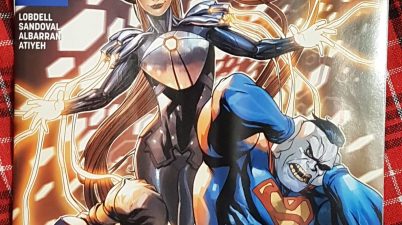 The ailment that’s been plaguing Bizarro is still not revealed in this issue, although we learn that he orchestrated the whole mission with the Suicide Squad just to get his […]

Comic Odyssey Robinson’s Galleria is moving to a large space, hence an awesome sale for all of their old issues — P25 for each comic! Took the chance to […]

Reaaaaally hoping she brings back the original Cyclops, so that time displaced teenager version of his can go back to his original time.

My Hal Jordan And The Green Lantern Corps #35

Got my hands on the Hal Jordan and the Green Lanterns variant cover where they pay tribute to one of the greatest wrestling stables ever: the 4 Horsemen of […] 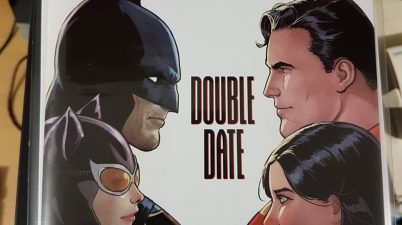 Got my copy of Batman Volume 3 #37. It’s not in my current pull list but I made an exception for this and issue #36 because of the great […]

The Titans of Tomorrow makes their first appearance after the New 52 reboot in this issue. Can’t wait to see what the future Superboy, Wonder Girl and Kid Flash […]

My Red Hood And The Outlaws #17

Archie Andrews has to decide, once and for all, who he loves more: Betty or Veronica? And also, Dilton Doiley finally professes his love to Betty Cooper.

I’m not collecting Batman Volume 3 issues but I bought issue 36 because I absolutely loved the story. I’ve had my problems with some of Tom King’s interpretation of […] 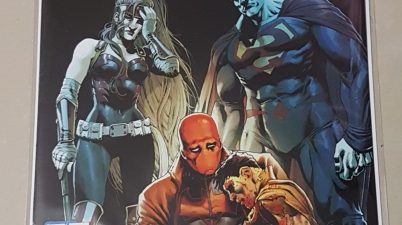 My Red Hood And The Outlaws #10