My The Grim Knight #1

Imagine the combination of the Punisher and Batman, then you get the Grim Knight. This is a Bruce Wayne who used all the resources of Wayne Enterprises to weaponize […]

The Superior Spider-Man continues his battle with Terrax, a Darkseid look alike who came to San Francisco to conquer the planet. In the last issue, Otto Octavius got trashed […] 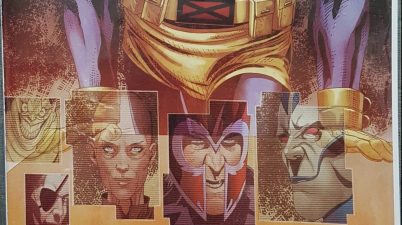 I hope Magneto is included in this kill list of the X-men as a precaution, I’d much prefer he work with Cyclops like in the Utopia days. Mystique’s here […]

Such a badass cover, it even makes Cyclops’ 90’s costume look cool. Rosenberg’s doing a good job of writing this latest incarnation of Cyclops and the X-men. 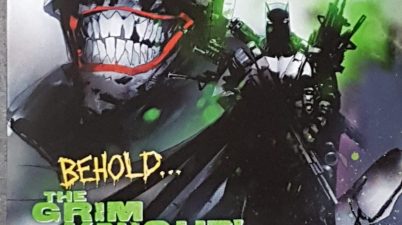 My The Batman Who Laughs #2

Another twisted evil Batman from a different dimension is introduced here, the Grim Knight. It’s like a the Punisher being combined with Batman, who used all resources of Wayne […]