Kitty Pryde Gets A Tattoo

Kitty Pryde gets a tattoo on both her hands. She’s getting into the sailor, or pirate mentality, by having the words HOLD FAST inked on each hand. Reminds me […]

Kitty Pryde single-handedly takes on a group of Russian soldiers and a tank. She gets creative with her powers and gives no care about hurting the people who were […]

Kitty Pryde starts her own splinter group from the X-men, calling themselves the Marauders. Their chief mission is to bring mutants to Krakoa who can’t do so themselves, usually […]

Spider-Man And Iceman VS Shadrac

Iceman And Daken As Lovers 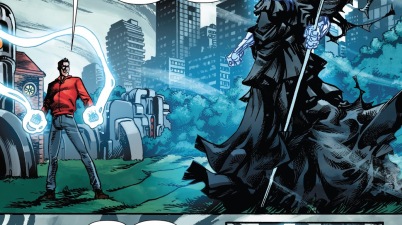 I’m still not buying the Iceman is gay revelation. Had the fight continued, I think Ice Master wins this fight. From – Uncanny X-Men: Winters End 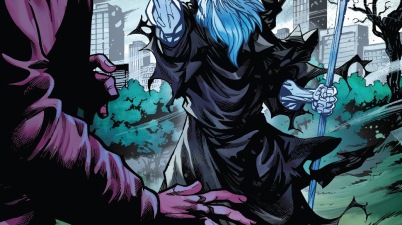 Ice Master is Ice Man from a possible future. Not sure how concrete that future is because Jubilee is still a vampire from that future but present day Jubilee […]

Well that’s quite a revelation. At some point in the past Professor X married Mystique. Why? From – Uncanny X-Men Vol. 3 #24

The X-men were almost definitely about to be wiped out here, with sentinels and SHIELD helicarriers gunning for them. It was only because of Hijack, whose mutant power is […]

How Cyclops Came Back To Life

I’m happy with how Marvel brought Cyclops back to life in a believable way. Kid Cable finds a scientist, or engineer, named Paul Douek, whom Cyclops saved 10 years […] 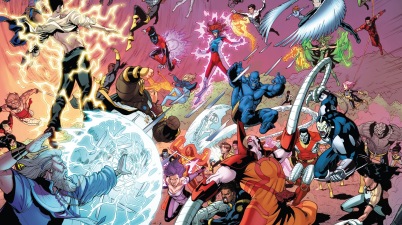 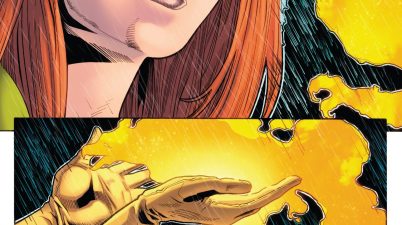 From – Phoenix Resurrection – The Return of Jean Grey #5

I don’t know if the Avengers are really involved in this attack that killed Cyclops, Matthew Malloy and Magik. Beast says he hacked into the government and Avengers’ servers. But […]

The X-Men Hires A PR Firm

The X-Men Surrenders To The Skrulls