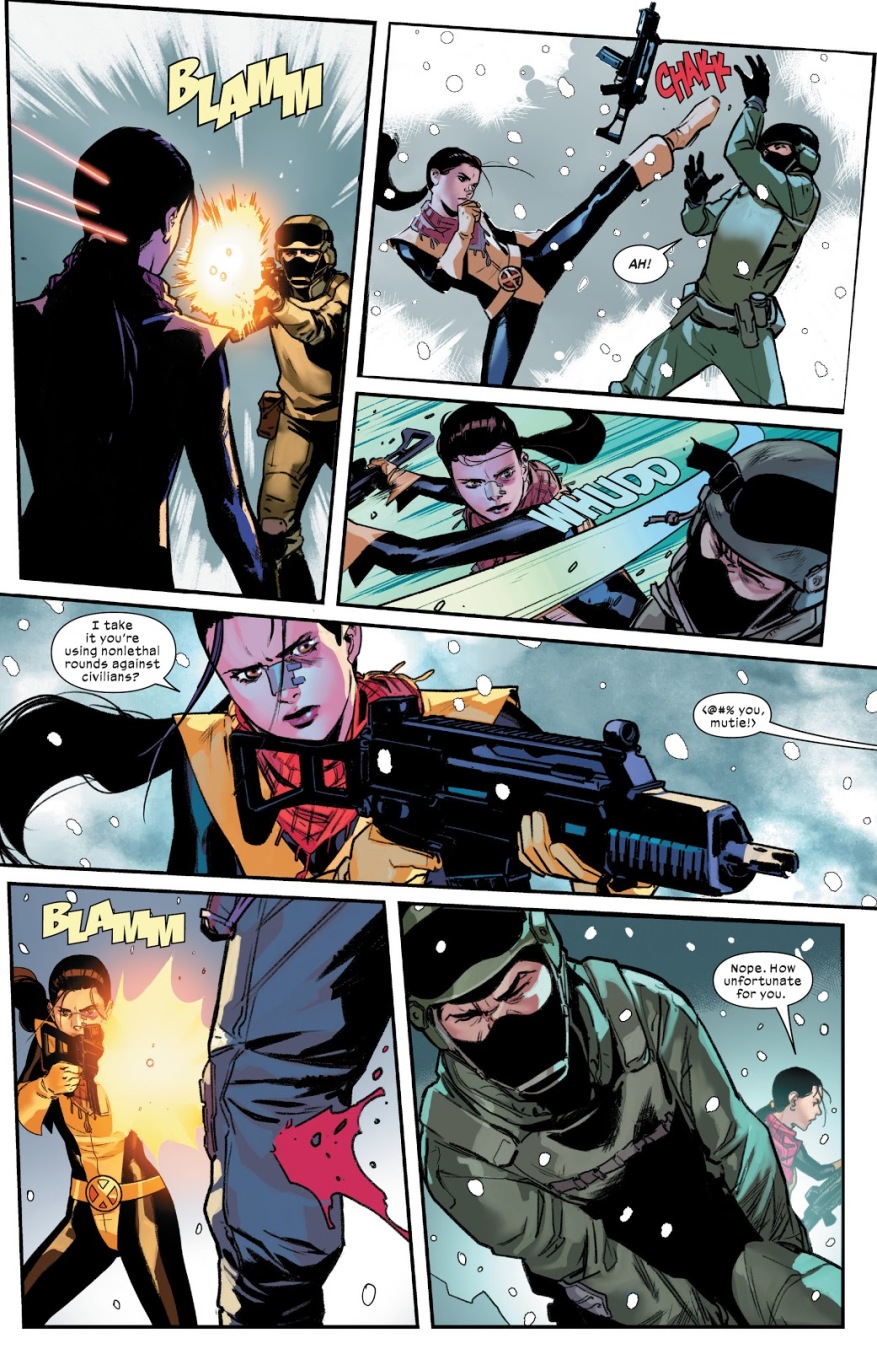 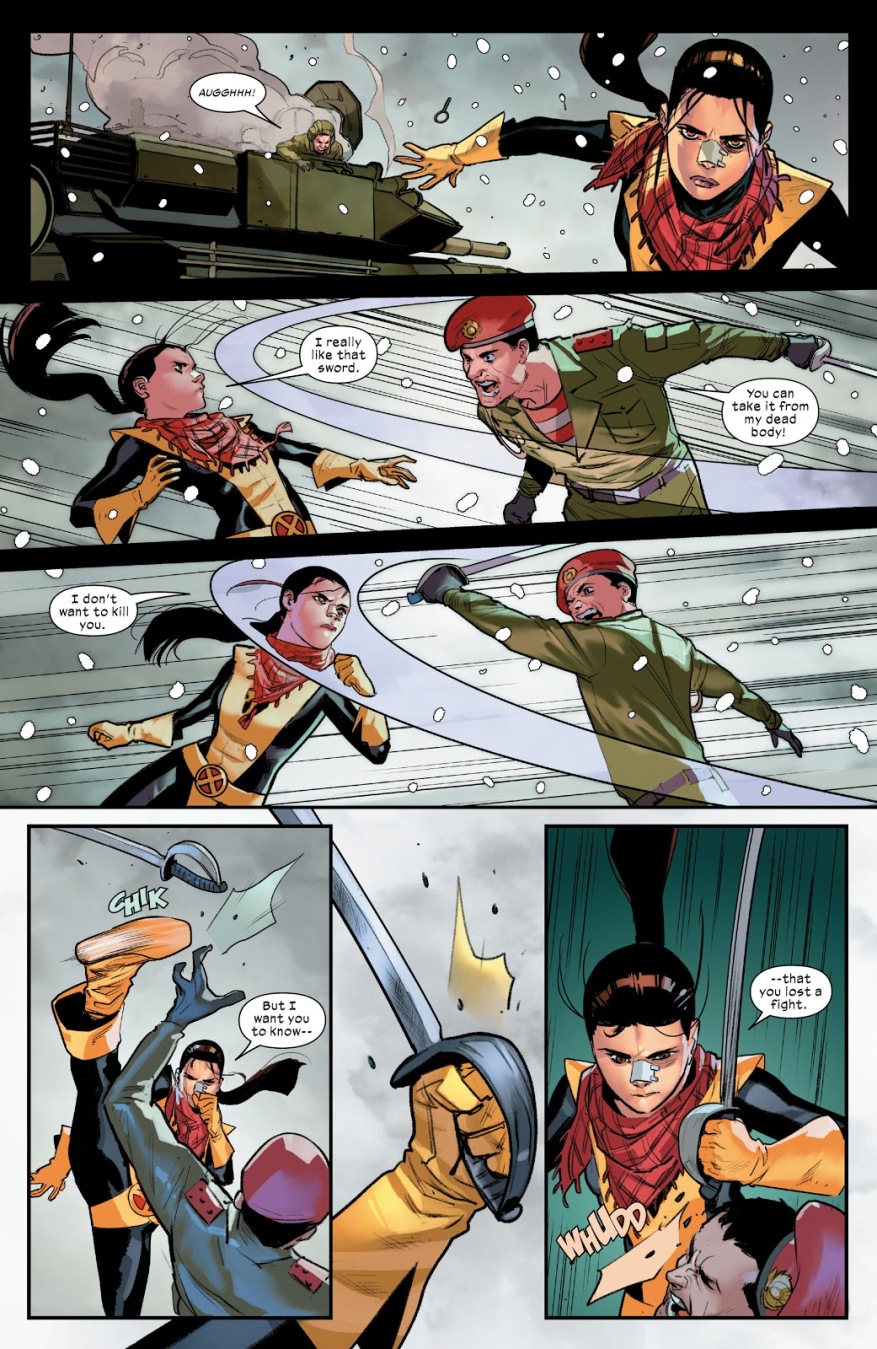 Kitty Pryde single-handedly takes on a group of Russian soldiers and a tank. She gets creative with her powers and gives no care about hurting the people who were about to send a group of mutants to the gulag. I especially like the bit where she shoots a soldier in the leg, after asking if they were carrying non-lethal rounds to use against mutants. They obviously weren’t, much to the misfortune of that Russian soldier.