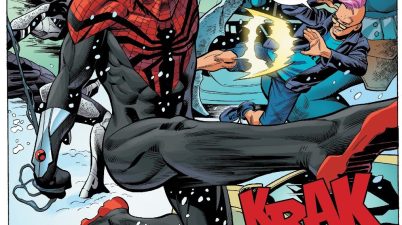 This is my first interaction with Gwenpool as well, and I must admit I’m amused. From – Superior Spider-man Vol. 2 #7 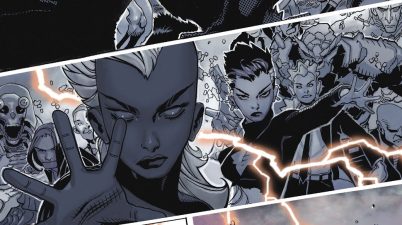 Matthew Malloy just one punches Emma Frost and kills her, transforming her into either a pile of diamonds, or a big foam of bubbles. Hard to tell with that […] 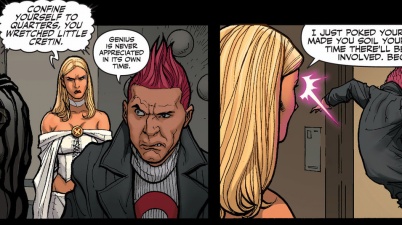 Jean Grey was also capable of doing something like this. – Schism #2