I didn’t expect it to work but Rick Grimes’ rehabilitation of Negan seems to have worked! Image Negan having his own outpost raising hell, I’d read that series. From – The […]

Alexandrians And The Kingdom VS The Whisperers

A cavalry charge against zombies. I really wish the knights of the Kingdom would start wearing full body armor. Borrow the blacksmith of the hilltop or something and start […] 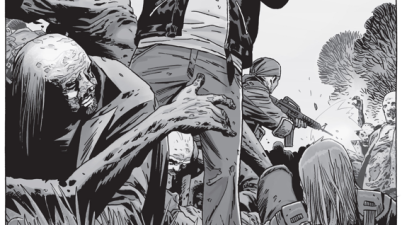 One of the many instances that Negan is proving to be a redeemed character. He kills Alpha on his own and is generally helping out the Alexandrians. Or maybe he’s […]

Michonne And Jesus VS The Whisperers Army

I’m still waiting for them to start wearing medieval armor. They have the Knights of the Kingdom. And the Hilltop has a blacksmith! Why isn’t this a thing yet? From […]

Because of all the shit that Negan pulled during the war between the Alexandrians and the Saviors, I have this nagging feeling that Negan is going for the long con […]