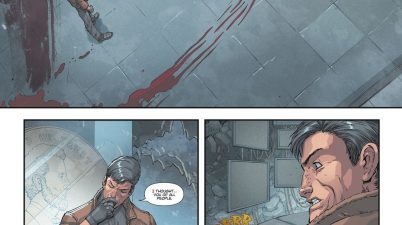 Red Hood drops by the batcave and finds the dead bodies of Batman, Red Robin and Nightwing. He does the only natural thing and buries them himself, even etching […]