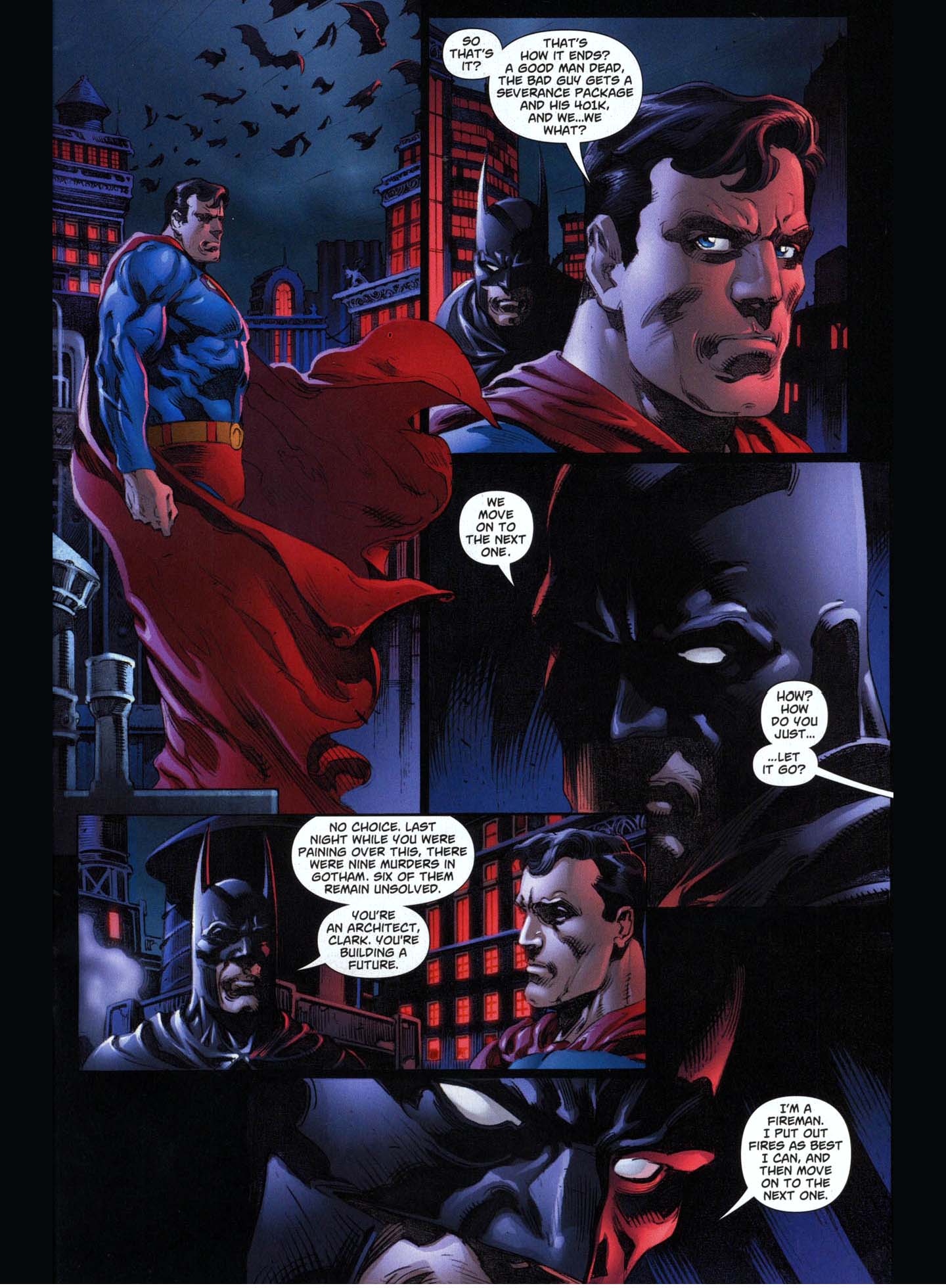 Superman: So that’s it? That’s how it ends? A good man dead, the bad guy gets a severance package and his 401k, and we…we what?
Batman: We move on to the next one.
Superman: How? How do you just…..let it go?
Batman: No choice. Last night while you were paining over this, there were nine murders in Gotham. Six of them remain unsolved. You’re an architect, Clark. You’re building a future. I’m a fireman. I put of fires as best I can, and then move on to the next one.