Darwin VS The Hulk 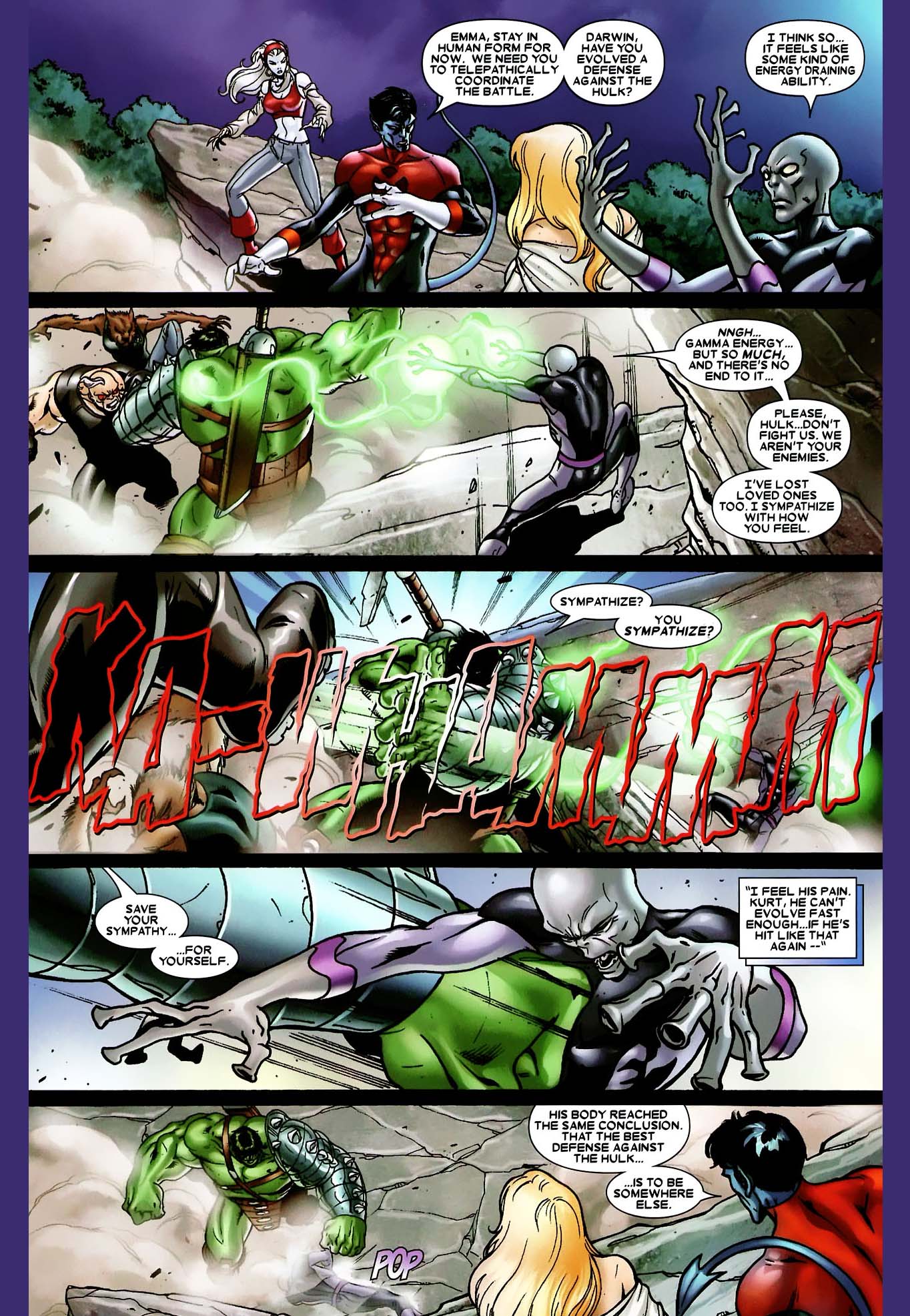 Darwin’s powers first tried to siphon away Gamma radiation away from the Hulk in the hopes of turning him back into Bruce Banner. It didn’t work as the Hulk punched him so hard that his body’s next response was to teleport him away from the fight. As Nightcrawler said:

His body reached the same conclusion. That the best defense against the Hulk… is to be somewhere else.