Why Batman Is Comfortable Working With Superman 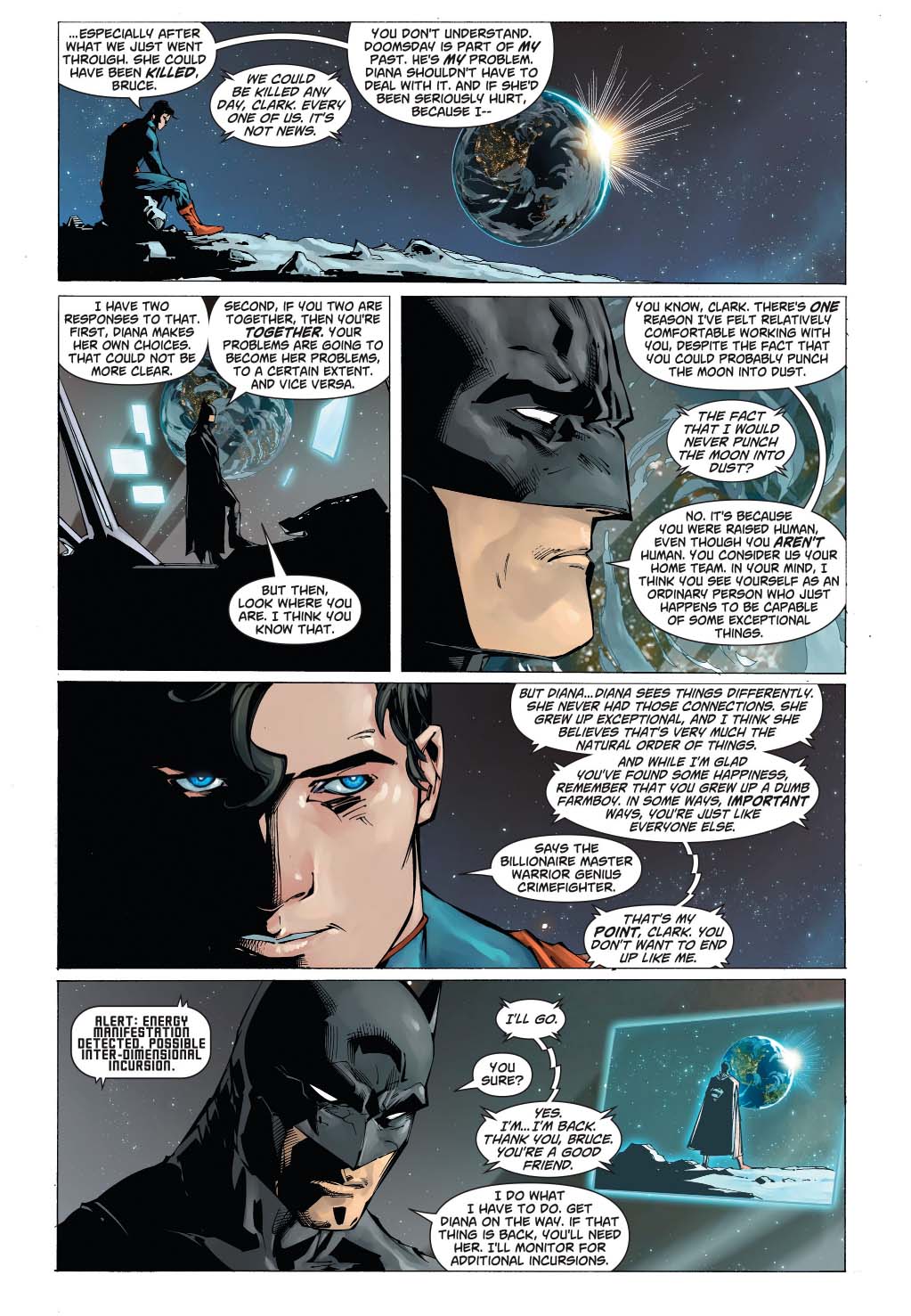 Even on the New 52 storylines, Batman and Superman knows each others secret identities.

Batman: You know, Clark. There’s one reason I’ve felt relatively comfortable working with you, despite the fact that you could probably punch the moon into dust.

Superman: The fact that I would never punch the moon into dust?

Batman: No, it’s because you were raised human, even though you aren’t human. You consider us your home team. In your mind, I think you see yourself as an ordinary person who just happens to be capable of some exceptional things.