The Justice League Visits Aquaman In The Hospital 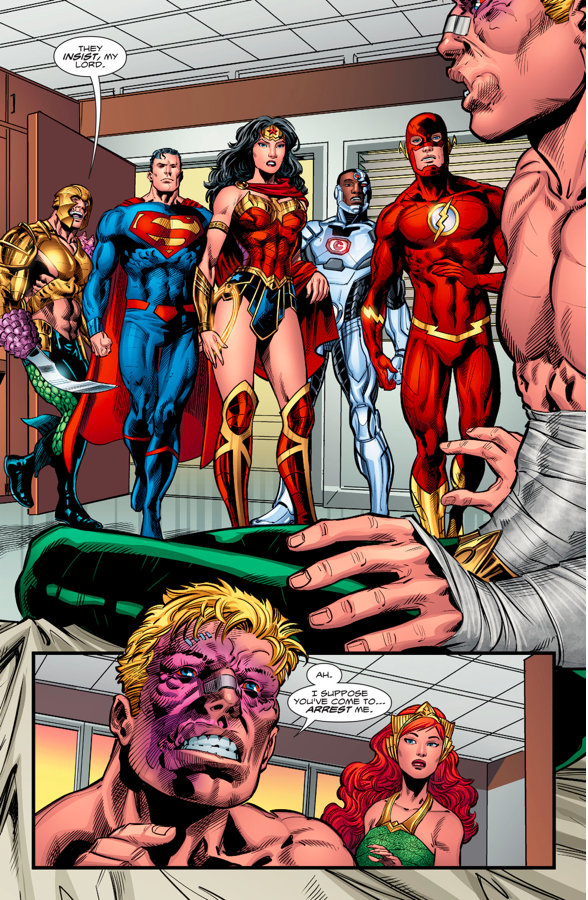 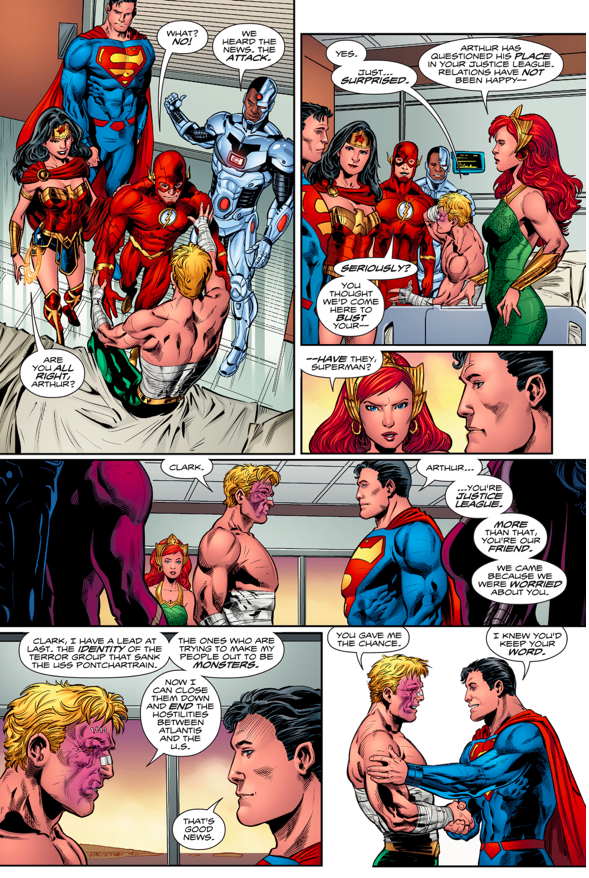 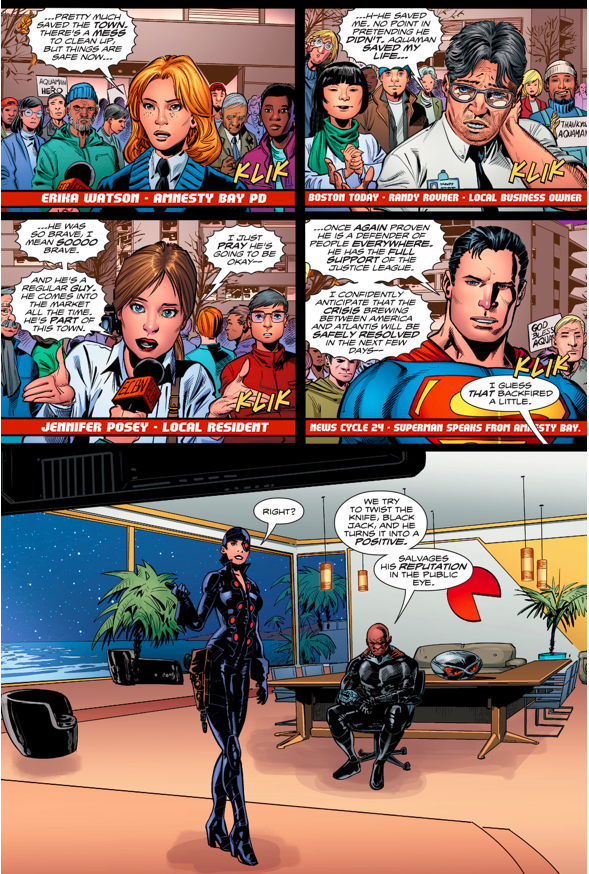 There was a bit of friction between Aquaman and Superman earlier in this story arc, when Superman tried to intervene in Aquaman and Mera’s escape from the US Military.

I think Wonder Woman’s the closest friend Aquaman could have in this version of the Justice League. Both are from ancient civilizations trying to improve relations with the human world. Plus, she’s a princess and he’s a king