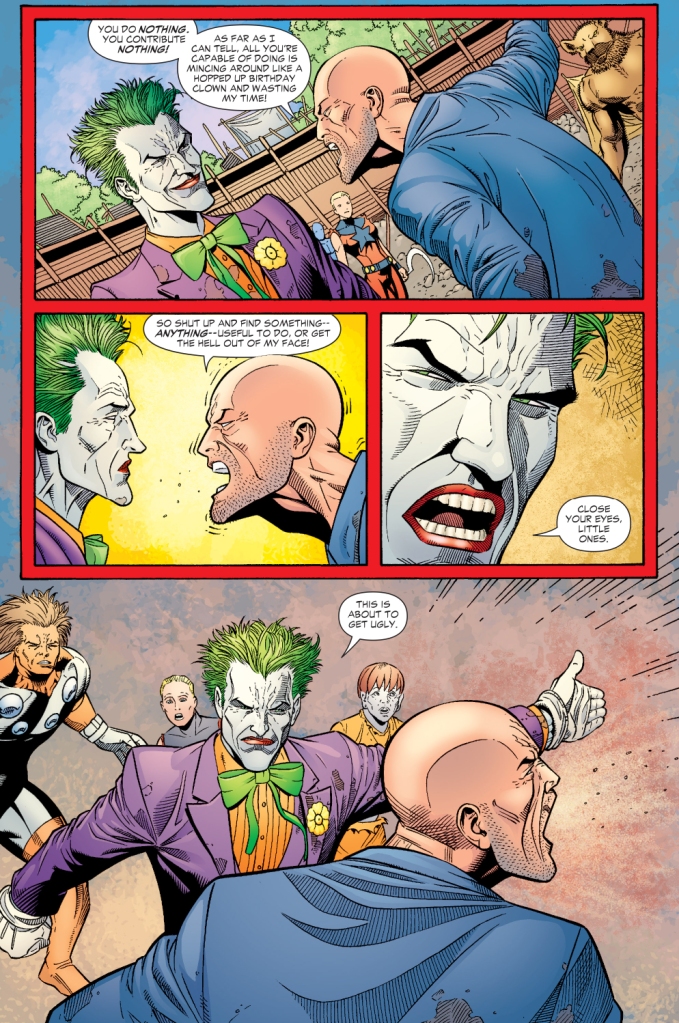 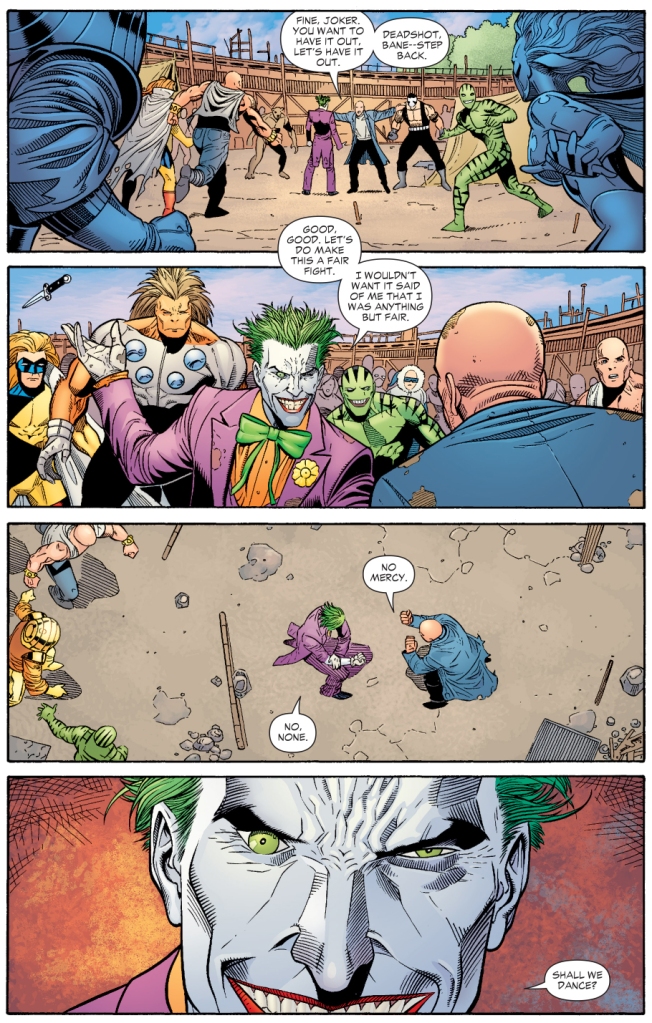 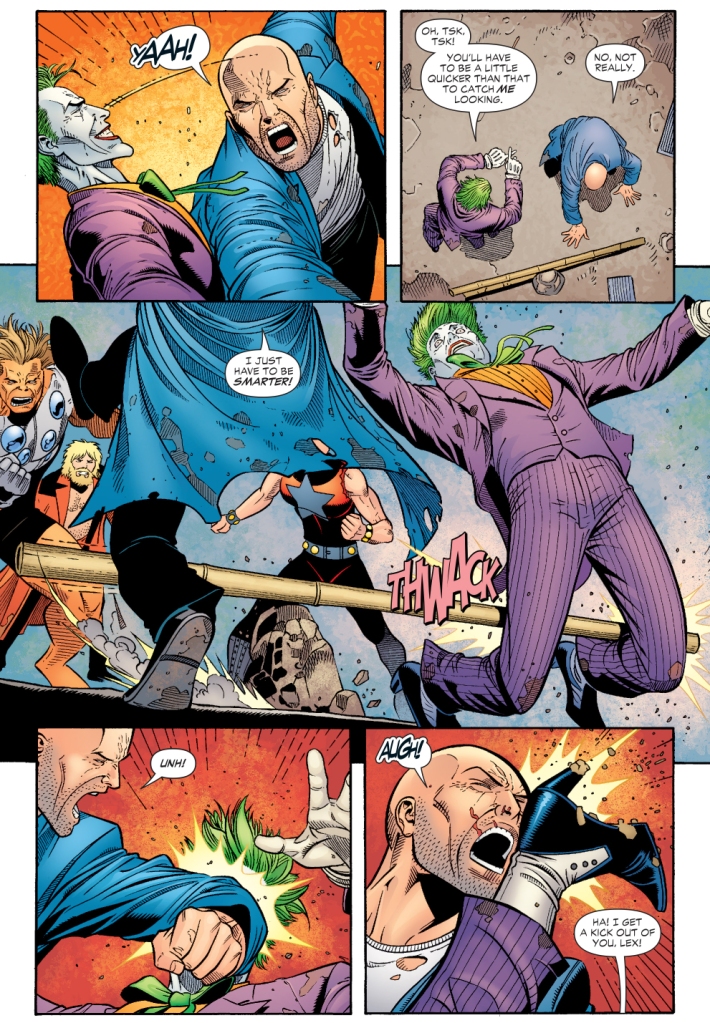 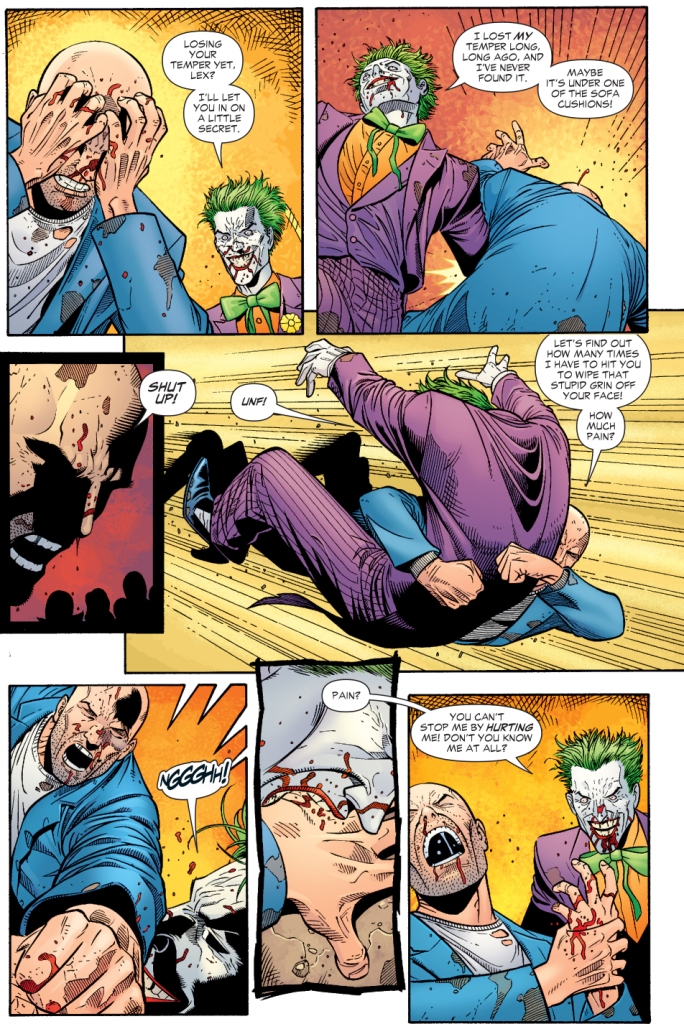 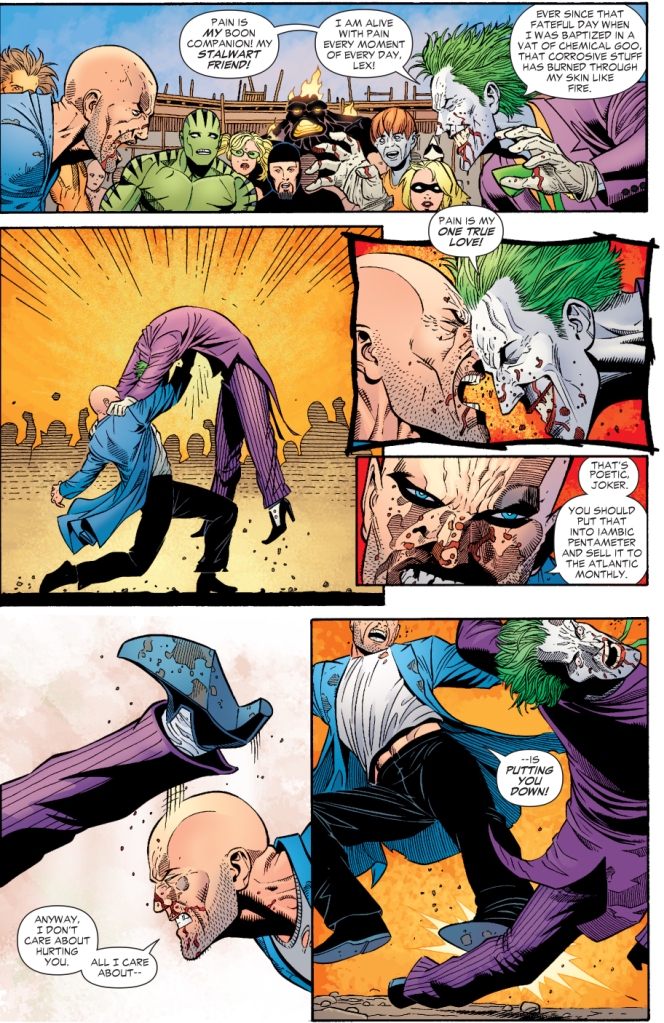 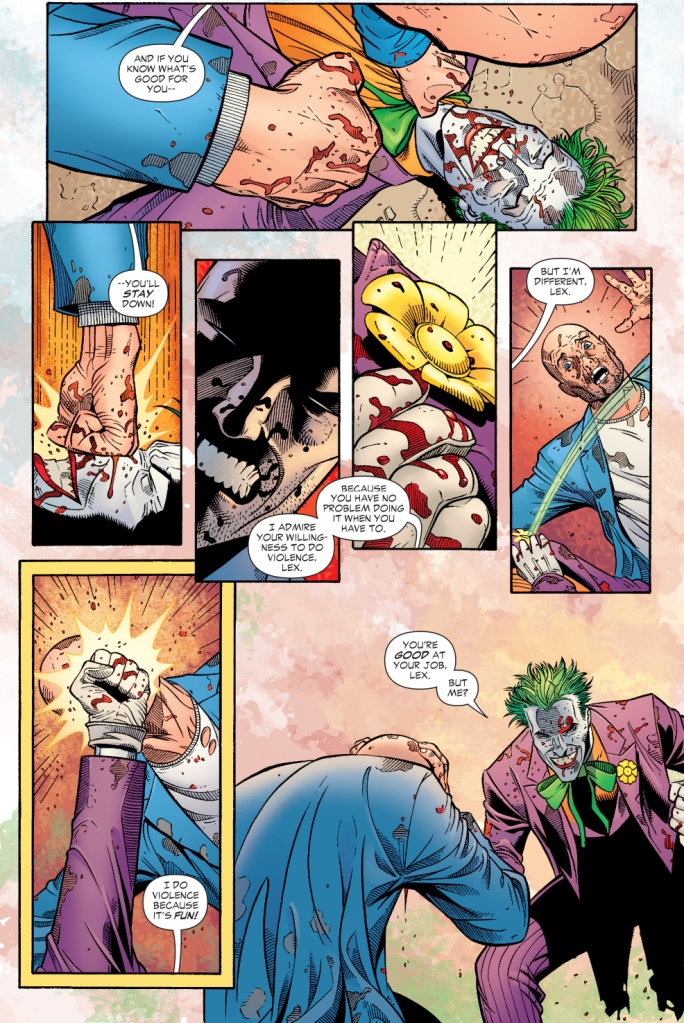 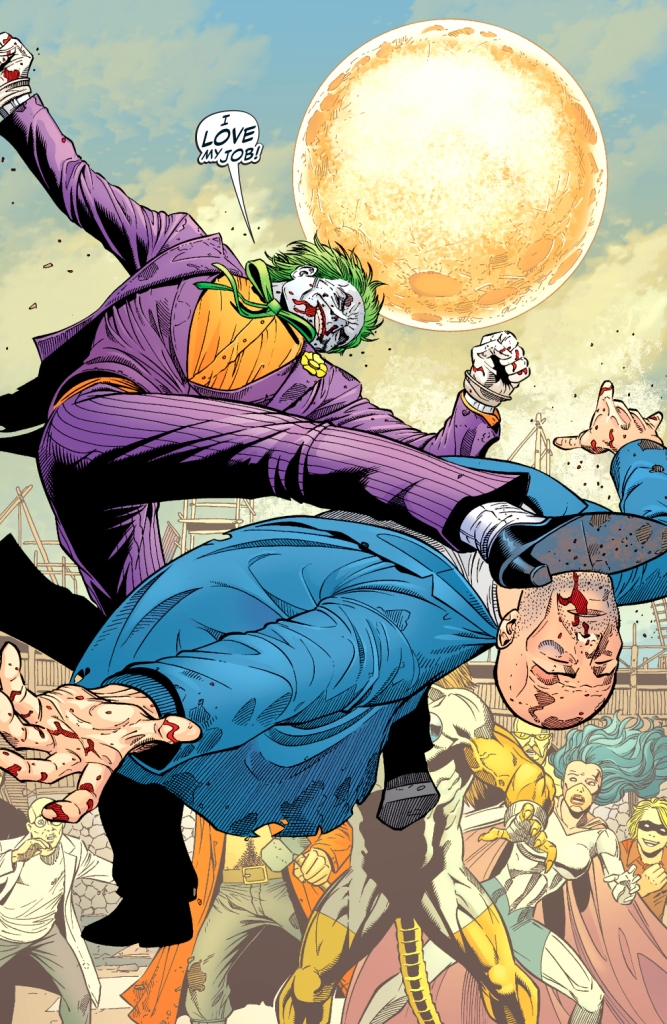 This fight pretty much went how I envisioned it to be. I wouldn’t call the Joker as a fighter but he’s tangled a lot with Batman enough to know at the very least on how to defend himself. Luthor on the other hand doesn’t figure in a lot of fist fights.

Add the fact that Luthor reliex on out thinking his opponents, or manipulating them with his superior intellect. That strength is wasted on the Joker’s unpredictability and craziness. Batman can’t control this chaos incarnate, so what chance does Luthor have?