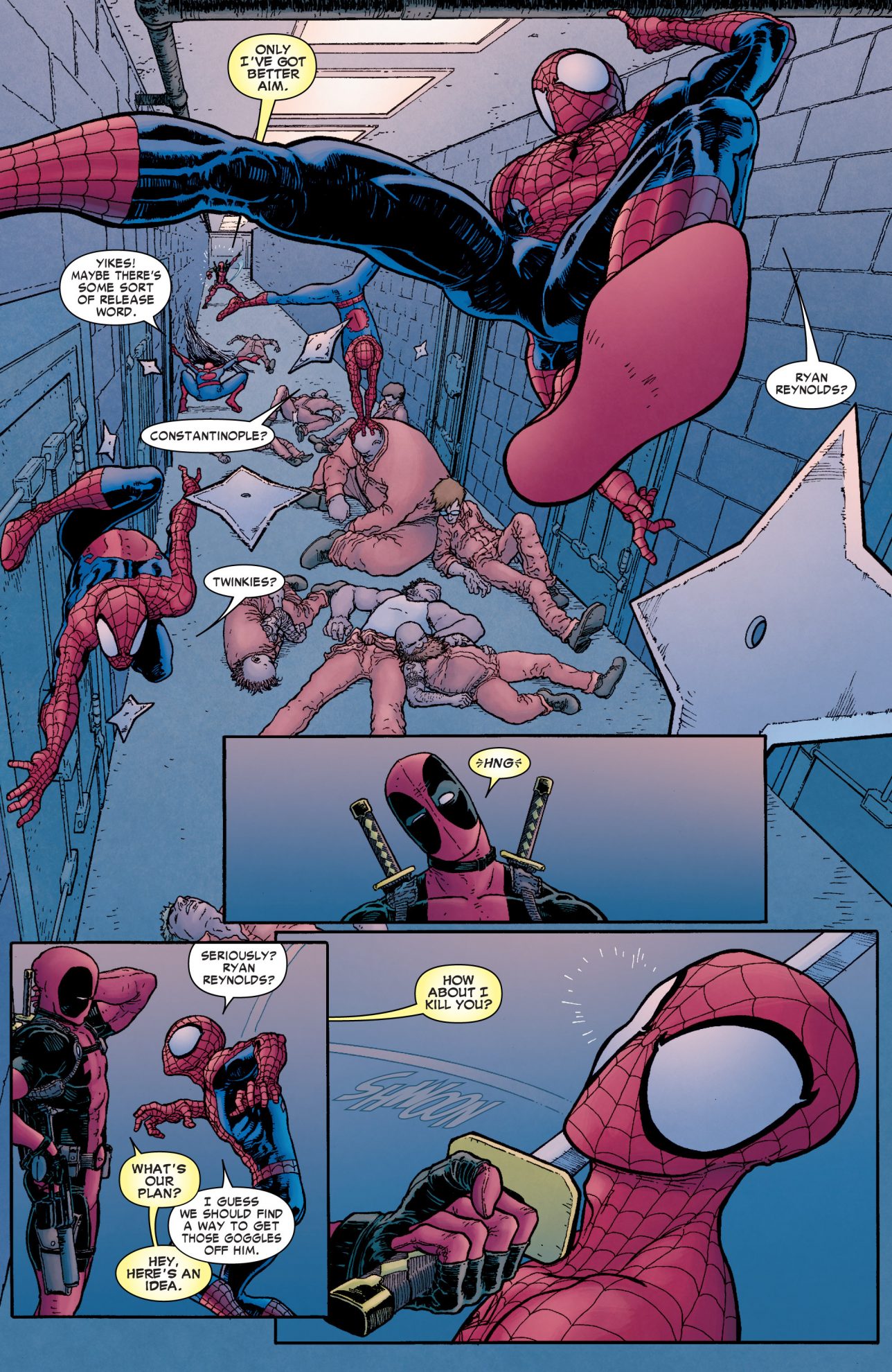 So Deadpool’s been hypnotized, and the only way to break him out of it is to guess his release word. Wouldn’t you know it: it’s Ryan Reynolds.

Fun trivia: this comic issue was released in late 2012, way before the Deadpool movie. Just goes to show they’ve been joking about Ryan Reynolds being Deadpool that early.

One thought on “Deadpool’s Release Word is Ryan Reynolds”