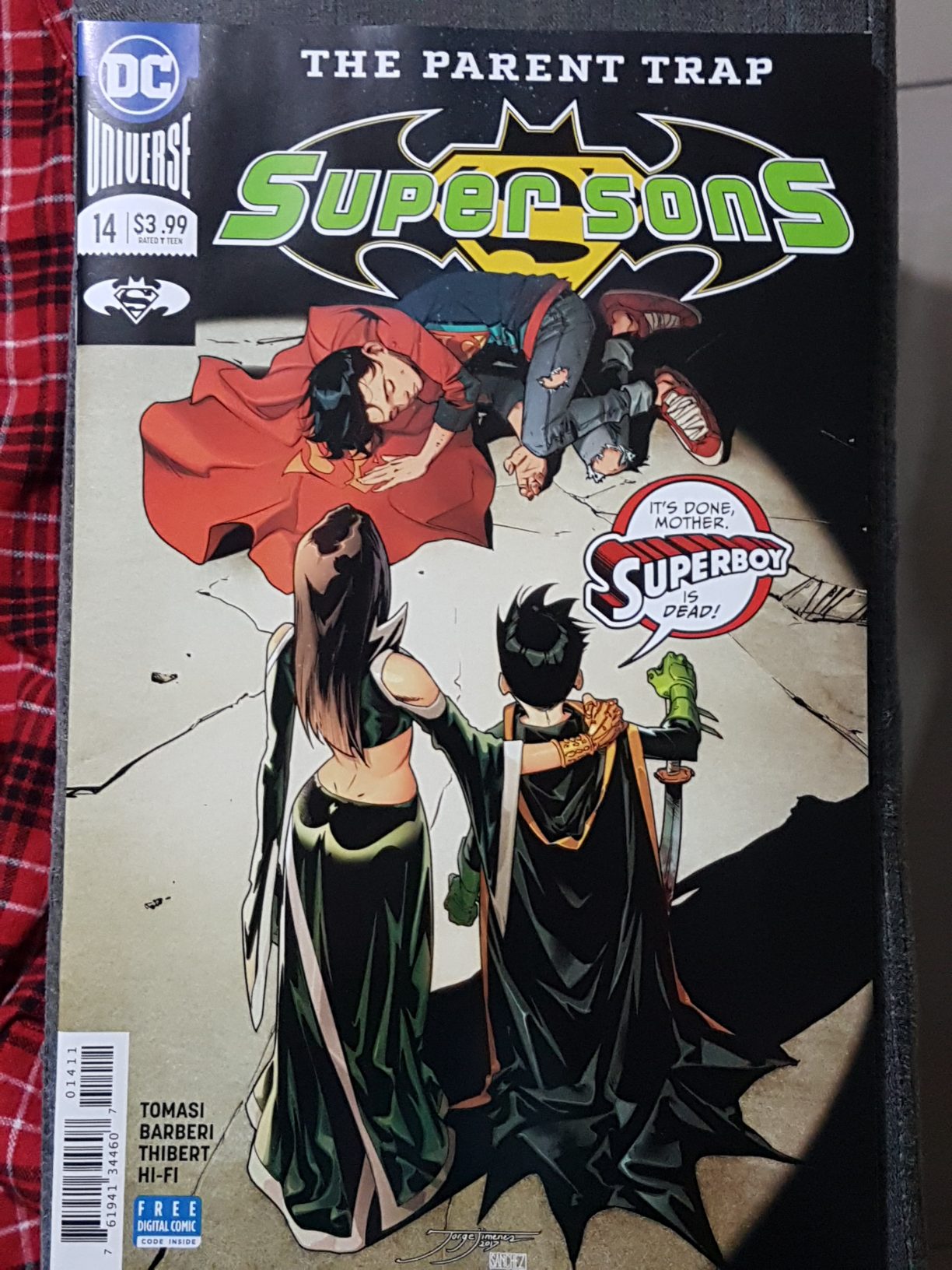 Robin fights his mother Talia al Ghul, who attempts to assassinate Lois Lane. We have a cool scene where Superboy saves his mom from a sniper bullet, and a funny scene where Lois sees him in public and both had to pretend they don’t know each other. I think that’s the first time it’s ever happened in Superboy’s short career as a super hero.

At the end, Robin admits his difficult upbringing to Superboy and the latter dismisses it as unimportant.

I have to say Damian Wayne’s come a long way from his initial debut, he now has people he can call friends aside from Dick Grayson.