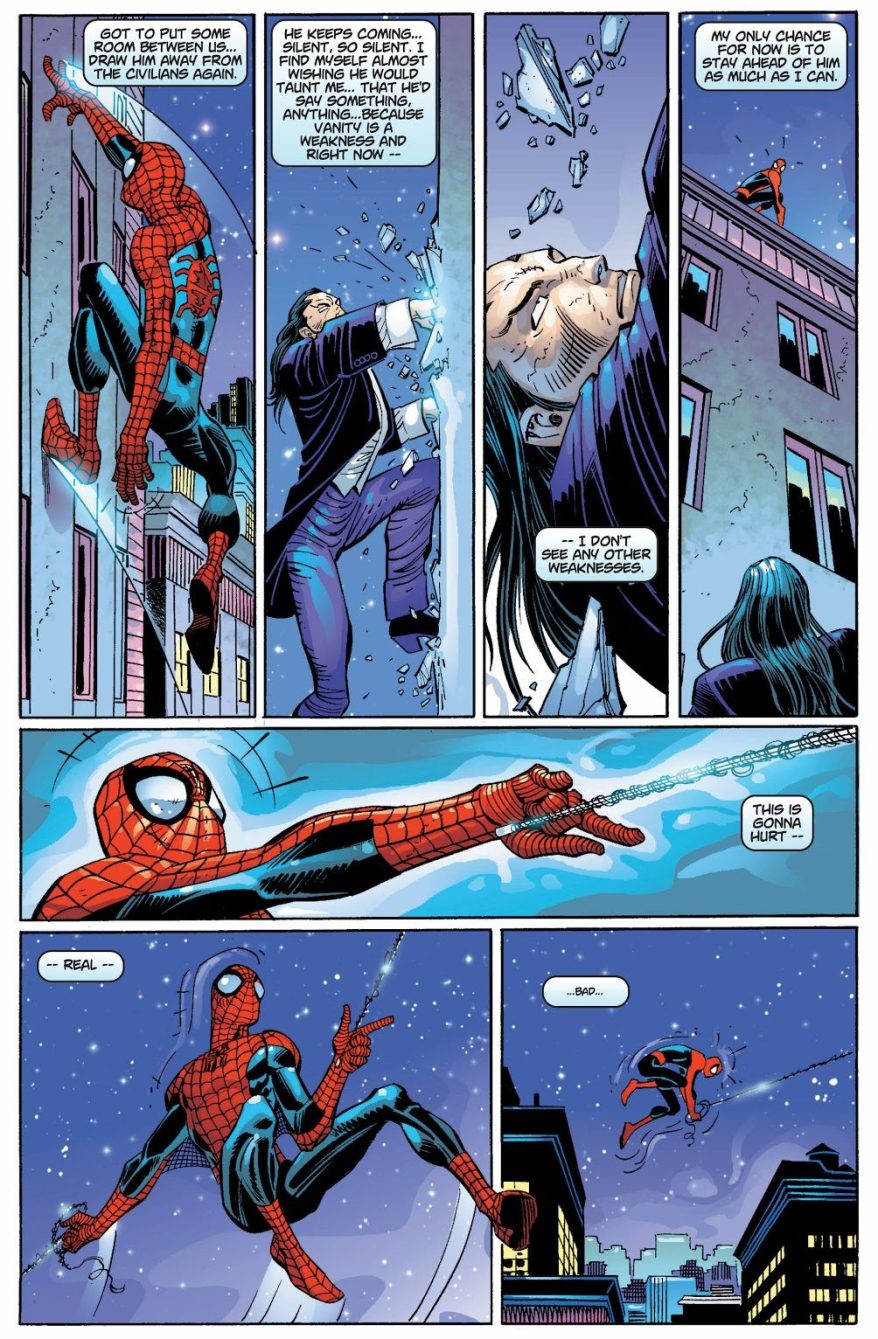 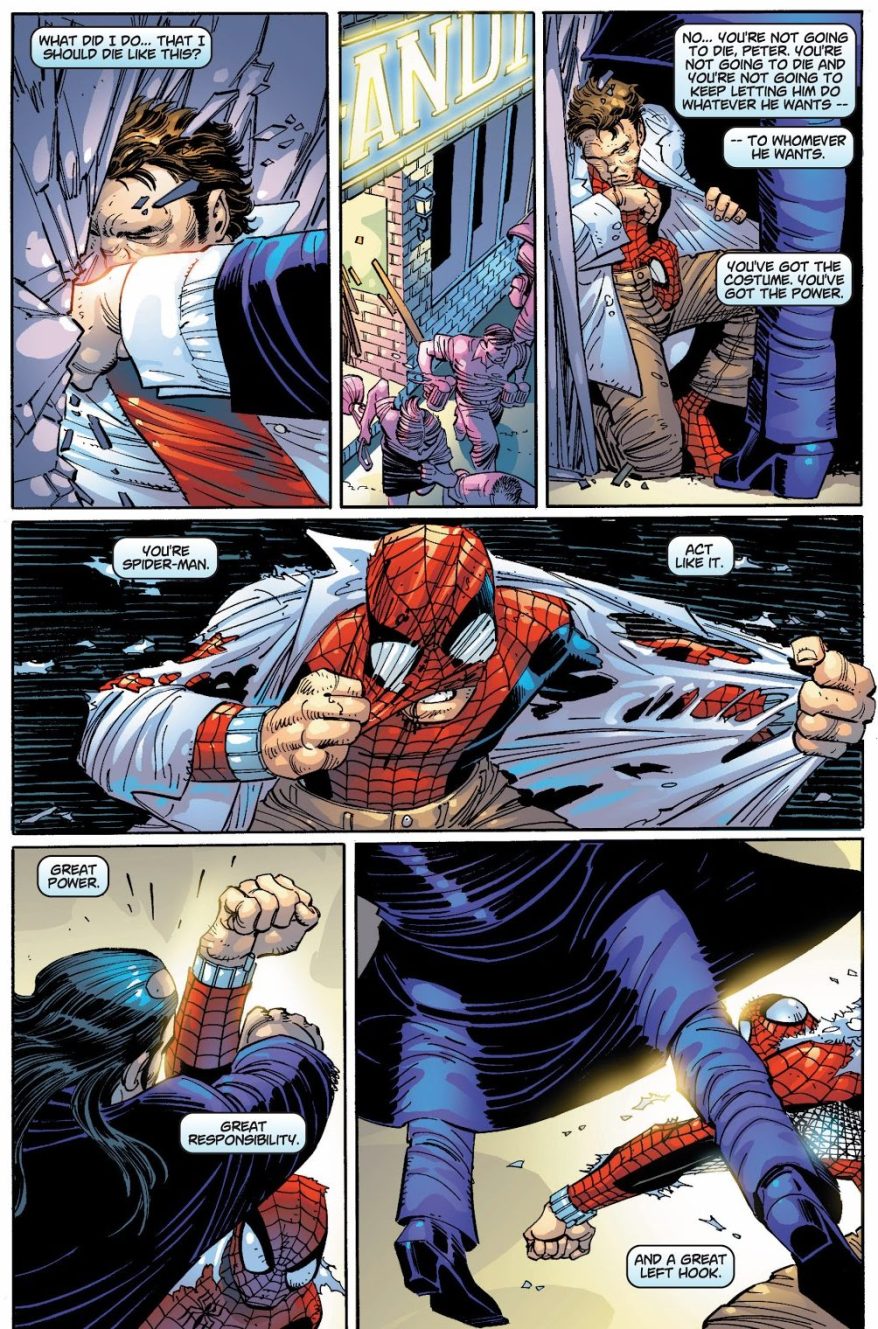 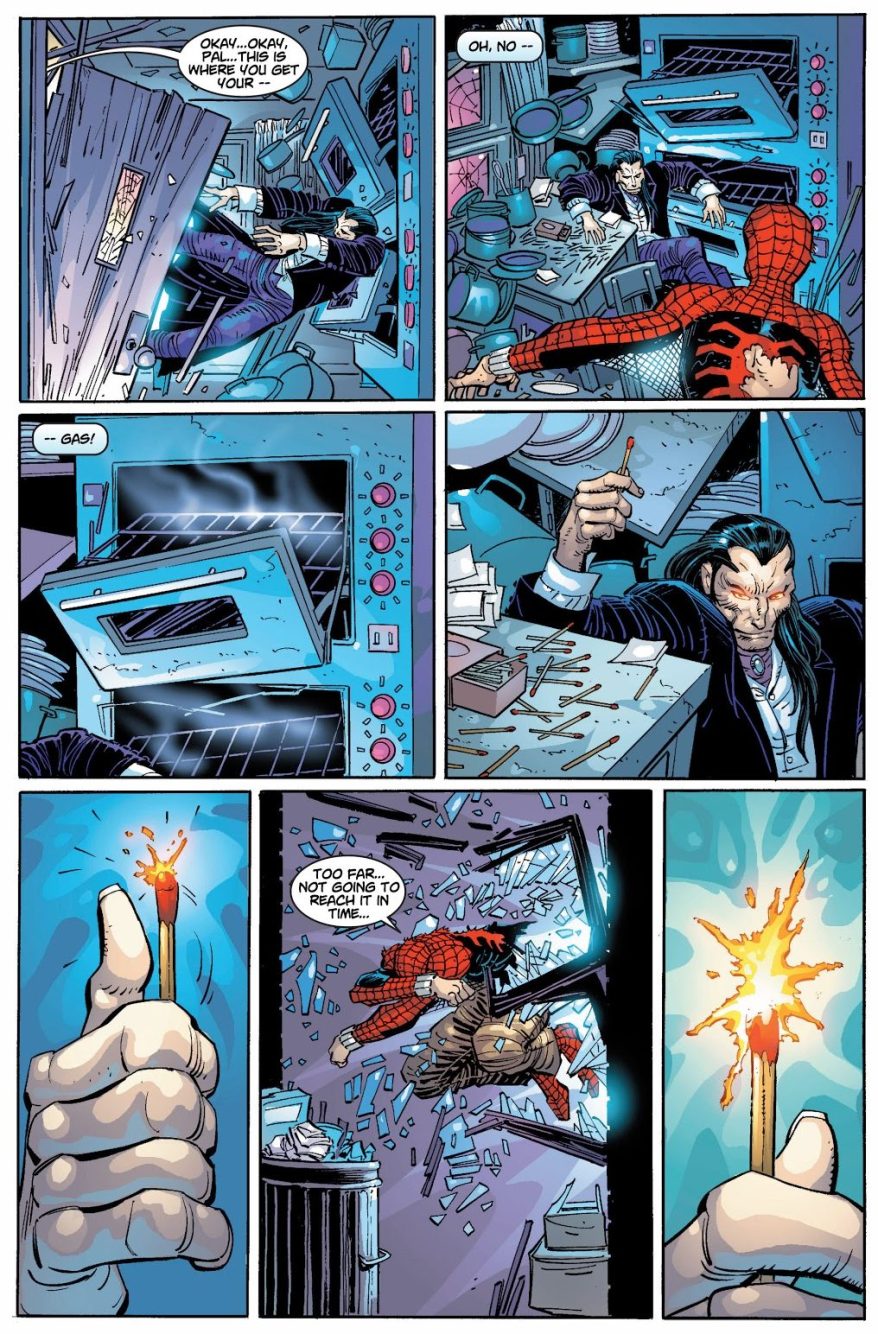 Spider-man nearly died in this fight, clearly underestimating Morlun and not heeding Ezekiel’s warnings about Morlun’s fighting prowess. It’s only a stroke of luck that Morlun was not fighting that seriously, igniting a bar to explode, as opposed to continuing his physical onslaught on the injured Spider-man. Had Morlun done the latter, Peter Parker would be dead.

As far as first appearances go, Morlun certainly made a huge impact.