Due to a lab accident caused by an attack by Taskmaster, Peter Parker is hit by an Isotope Genome Accelerator, and his persona Spider-man is physically separated from him. […] 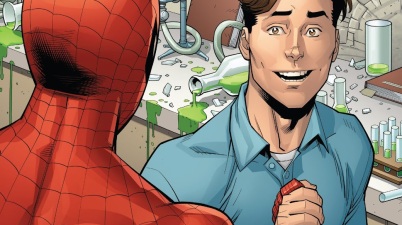 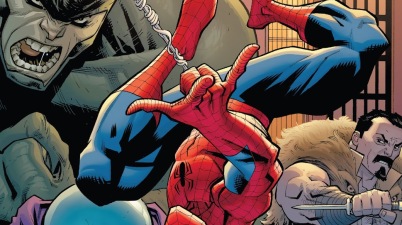 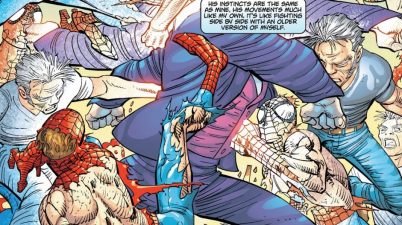 Spider-Man And Ezekiel VS Morlun

Morlun seemingly kills Ezekiel in this fight but we later learn on the next issue that Ezekiel managed to survive. From – The Amazing Spider-Man Vol. 2 #34 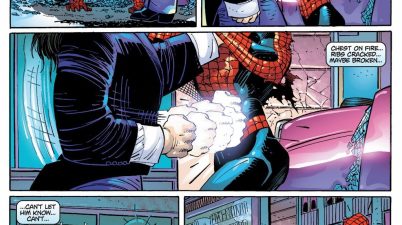 Spider-man nearly died in this fight, clearly underestimating Morlun and not heeding Ezekiel’s warnings about Morlun’s fighting prowess. It’s only a stroke of luck that Morlun was not fighting […]

Spider-man’s first fight against the Inheritor Morlun. He severely underestimates him despite the serious warning Ezekiel gave him. Morlun dishes out a severe punishment on Spider-man, even at times […]

Aunt May Finds Out Peter Parker Is Spider-Man

After a grueling battle with Morlun, Peter Parker comes home to his apartment and just falls asleep in his bed. He forgot that Aunt May was visiting with his […] 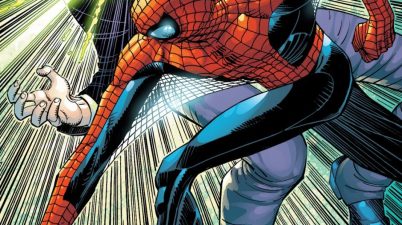 Spider-man injects himself on purpose with some sort of radioactive material, thereby preventing Morlun from sucking out his essence. This is the first instance that Inheritors like Morlun are […]

They ask the question. Why? Why? My God, why? I have seen other worlds. Other spaces. I have walked with gods and wept with angels. But to my shame […] 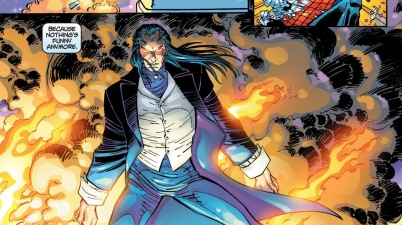 Ezekiel does a good job of explaining how lethal Morlun is to spider totems like Spider-man, but Peter Parker refuses to listen and still goes out saving the city, […]

Spider-man stops a school shooting and discovers to his horror that the shooter is a smart kid bullied by everyone. From – The Amazing Spider-Man Vol. 2 #31

This is the first meeting of Spider-man and Ezekiel Sims. Peter Parker starts to learn that his spider powers aren’t just a product of science, but has ties to […]

There’s never a bad guy around to beat up when Spider-man needs to deal with stress, so he takes it out on a condemned building instead. From – The […]