Batman takes a lot of precautions to hide his secret identity. During his early years of crime fighting and before he trusted Superman (Before the New 52), the cowl he wore was reinforced with lead to prevent Superman from x-ray visioning his face. So with sight ruled out, is there any other way to discover his secret identity using other senses? I know they’re from different franchises, but would Daredevil’s heightened senses allow him to sniff Bruce Wayne out?

Superman once mentioned that he knows Batman’s heartbeat, so it stands to reason that one: if he didn’t know Batman’s secret identity and he happened to meet Bruce Wayne, Superman would be able to put two and two together; and two: it is possible to use the sense of hearing. Although, this is Superman we’re talking about, and his super hearing is able to cover a ridiculous amount of distance spanning continents, and is easily superior to Daredevil’s enhanced hearing. 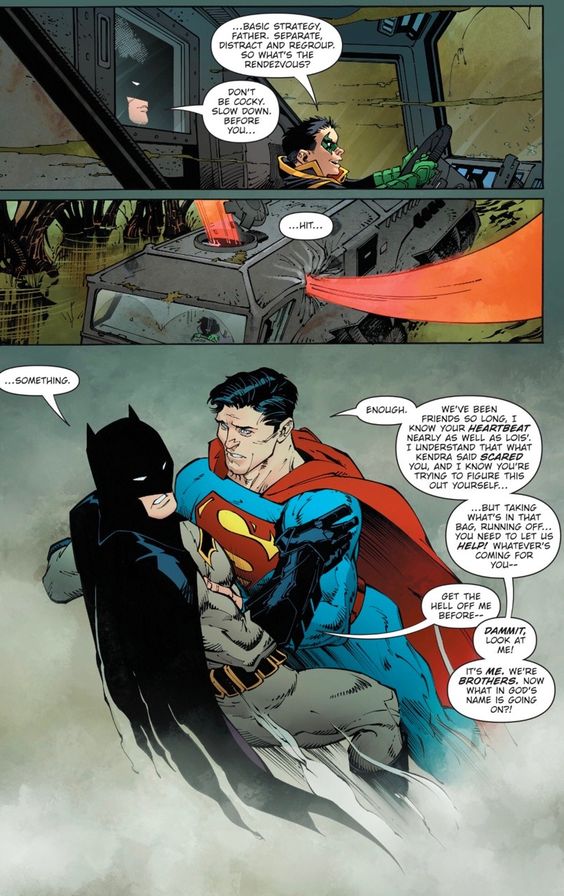 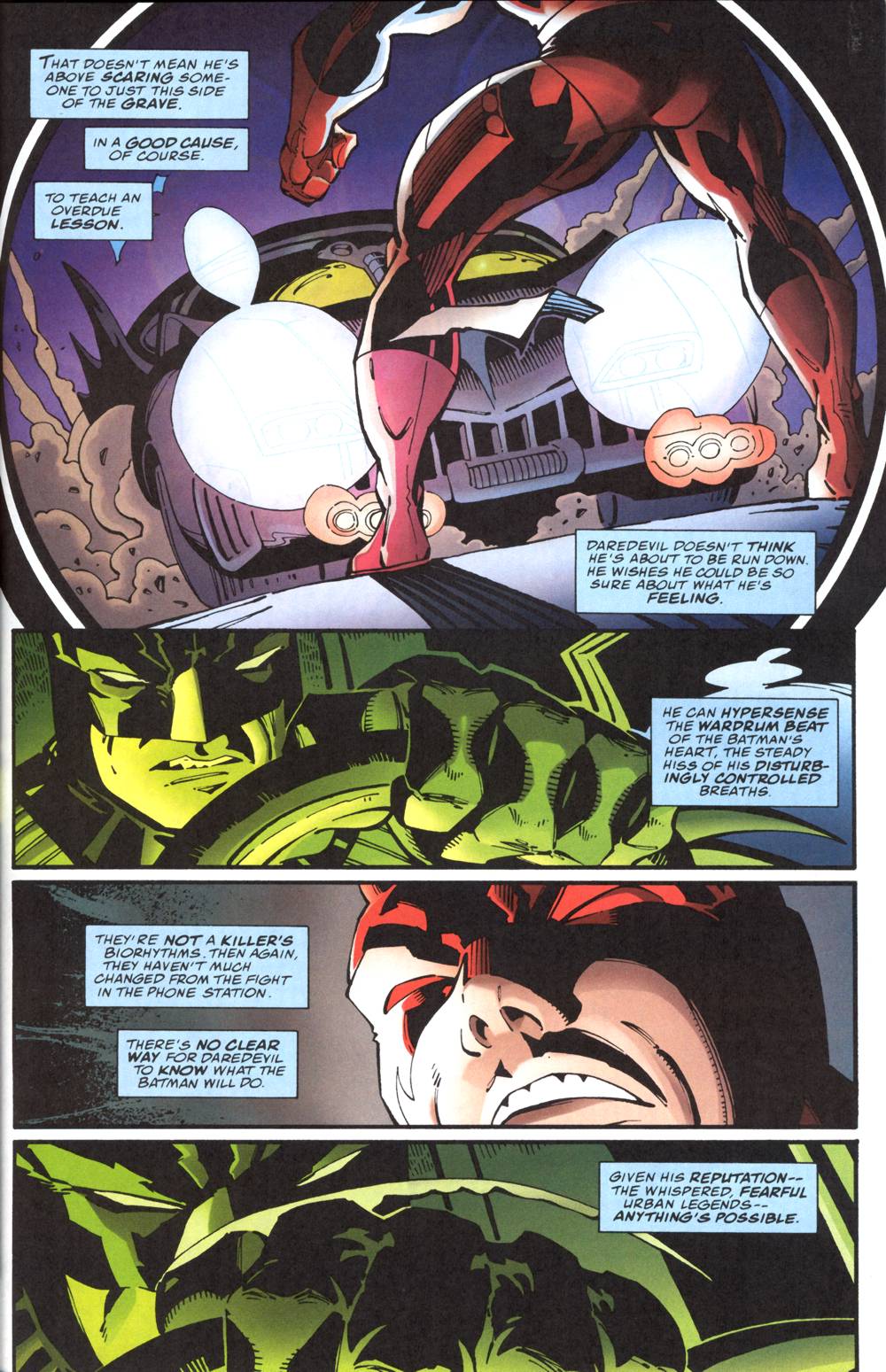 In the end of the comic, Matt Murdock attended a party and bumped into Bruce Wayne. Matt was able to deduce Bruce was Batman because he heard his heartbeat. He also confirmed this with his sense of smell. Apparently, Bruce has “a scent with just a trace of menace”. 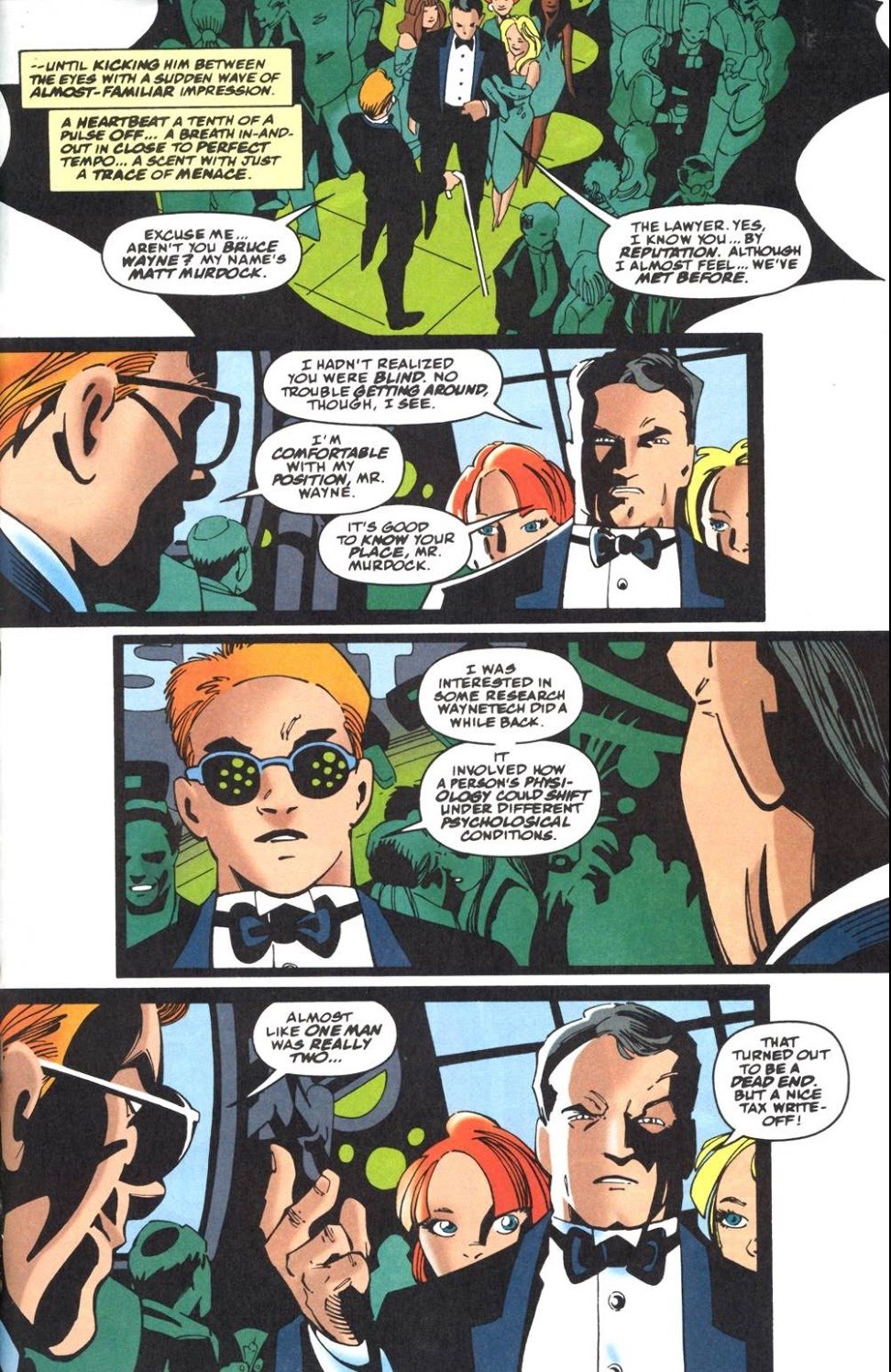