Donna Troy remembers her fallen comrade Roy Harper (Arsenal) during his funeral and says a few kind words. I loved Roy. He didn’t treat me like some freak of […] 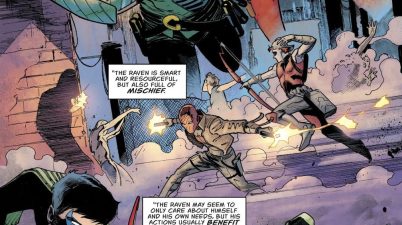 Jericho takes control of the powerful Blackfire and battles against the combined Titans and Teen Titans of Earth 1. From – Teen Titans – Earth 1 Vol. 2 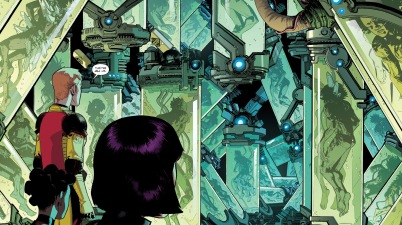 The Titans Are Made From A Lab (Earth 1)

Impulse Wally West discovers the hidden lab within Starlabs where all the Titans, him, Wonder Girl and Kole’s dead iterations are kept. They learned that they were all created […]

The Titans, comprised of Impulse, Wonder Girl and Kole, are the other team created by Starlabs and used as a strike force. From – Teen Titans – Earth 1 […] 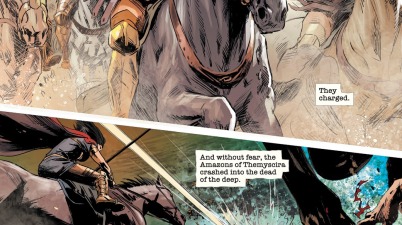 Queen Hyppolita of the Amazons fighting alongside Atlantean queen Mera against undead hordes of Atlanteans infected with the Anti-Life equation. From – DCeased #6

An undead Aquaman leads the Kraken and undead Atlanteans against the Amazons of Themyscira, until he gets shot in the eye a half mile away by Green Arrow. And […]

The Legion of Super-Heroes (Injustice II)

Not really a fan of the Legion of Super Heroes, but I am intrigued on what they’ll bring to the table here in the Injustice universe. From – Injustice 2 […]

He’s not Brainiac for nothing — removing Superboy and Wonder Girl’s space breathing apparatus to force them to his lair. From – Injustice 2 #65

Sinestro dies at the hands of his mind controlled daughter, Soranik Natu. I personally don’t feel Sinestro deserves a redemption arc in this universe, with his killing of Kyle […]

Sinestro gets a chance at redemption as well in this issue. From – Injustice 2 #62